Isko Moreno, pictuerd in August 2019: the meteoric rise shows that a leader can be popular without being populist.   © LightRocket/Getty Images
CopyCopied

If 2016 was the year global populism surged, with Brexit and the elections of Donald Trump in the U.S. and Rodrigo Duterte in the Philippines, 2020 might be the year it collapses, as strongmen preside over disastrous responses to the COVID-19 pandemic.

The Philippines is a good example of that. Despite imposing one of the longest and strictest lockdowns on earth, Duterte has largely failed to contain the coronavirus outbreak. In recent days, the Philippines has recorded the biggest surge of confirmed cases in the region, while posting the highest fatality and lowest recovery rates in Southeast Asia.

A heavy-handed approach, with military checkpoints sprinkled across major urban centers, has led to a deeper than expected economic contraction -- the International Monetary Fund expects a fall of 3.6% -- and in a May survey, 83% of Philippine people said their lives had got worse in the past year, a near-40-year record.

Duterte had record popularity before the outbreak, but -- despite a lack of recent surveys -- this has undoubtedly fallen, and young and progressive mayors such as Vico Sotto in Pasig and Isko Moreno in Manila are emerging as rivals. Moreno, indeed, will be old enough to compete in the 2022 presidential election. It looks like we are seeing the beginning of the end of the Duterte era of populism in favor of more progressive and dynamic leaders.

At the heart of the populist movement was an abiding promise to drain the swamp of traditional politics and usher in a more inclusive and effective mode of governance. On the surface, it marked the revolt of the forgotten and the neglected masses against an unresponsive establishment.

The COVID-19 pandemic, however, has painfully revealed the paucity of the populist vision, as former political outsiders, who proudly presented themselves as decisive and single-minded leaders, desperately struggle to manage an existential crisis.

The populists are overseeing the worst outbreaks in their regions, from India's Narendra Modi to Duterte, from Trump to Brazil's Jair Bolsonaro. These brazen displays of incompetence have paved the way for a new generation of dynamic leaders, who combine the best virtues of charismatic politics with actual administrative competence.

In a recent survey, 31-year-old Sotto was voted the best mayor in the national capital region for dealing with the COVID-19 crisis, with a 97% approval rating. Moreno was not too far behind, with 92%. 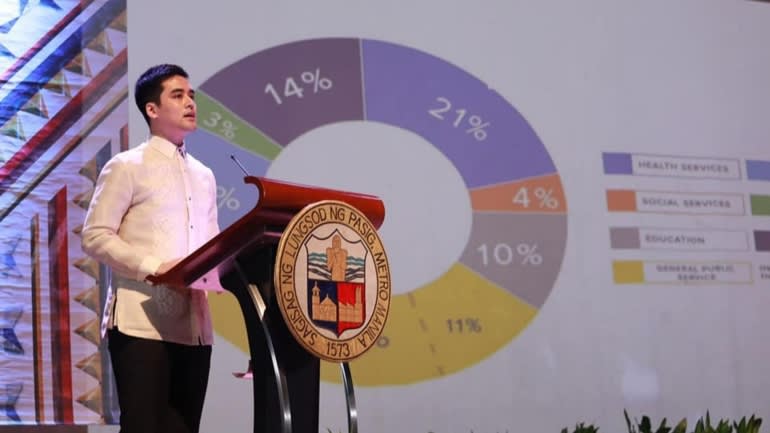 31-year-old Sotto was voted the best mayor in the national capital region for dealing with the COVID-19 crisis. (Screen grab from Vico Sotto's Facebook)

What is interesting about both mayors is that they, similar to the populists, are adept at social media and personalized political messaging. A February study showed that Moreno is the country's politician with the biggest online reach.

Dubbed "giant slayers," who replaced longtime and allegedly corrupt predecessors in surprise election victories last year, both mayors have also publicly advocated for human rights. Though praised by no less than Duterte, Manila's Moreno told me, "I don't like EJK," or extrajudicial killing, a direct rebuke of Duterte's scorched-earth drug war that has claimed thousands of lives in recent years.

The Manila mayor, who rose from childhood poverty in the slums to superstardom, has repeatedly emphasized his commitment to a more public-health-based and community-driven approach to the drug problem.

In implicit criticism of Duterte, who is notorious for flip-flops and profanity-laced remarks, Moreno also told me that a leader must be unequivocal and precise in his commands as well as serving as a role model for decency and dignity in public office.

For his part, Sotto, a protege of the Philippines progressive movement, has been an active advocate of labor rights, regularizing -- giving security of tenure with health and retirement benefits -- many of Pasig city's public workers for the first time. Both mayors have burnished their progressive track record though administrative and fiscal reforms, anti-corruption initiatives and growing investment in social services.

Their impressive performance in recent months will only strengthen their positions ahead of their next elections as both mayors contemplate the highest offices of the land. In contrast to discredited traditional politicians and their strongmen rivals, this new generation of leaders has shown an uncanny ability to combine the best elements of populist charisma and progressive reform.

The meteoric rise of Sotto and Moreno shows that a leader can be popular without being populist, youthful yet decisive, competent without being authoritarian. The future of the Philippines will likely not be defined by Duterte's populism, but by his progressive successors.