If former U.S. President Herbert Hoover had a vote in today's Liberal Democratic Party election, Japan's Yoshihide Suga probably would not get it.

Suga had been enjoying quite a pre-premiership honeymoon. The chief cabinet secretary generated headlines -- and optimism -- with talk of stepped-up economic reforms, lower mobile phone bills and revitalized regional banks. Yes, he would stick with outgoing leader Shinzo Abe's reflationary policies, but also recalibrate them in intriguing and perhaps even innovative ways.

But then, Suga showed us his real hand. Suga's "tell," as poker players call it, was admitting that sales taxes need to be raised beyond the 10% level currently squandering economic growth. This view suggests that Suga failed to learn from one of the biggest mistakes Abe made -- and U.S. President Hoover long before him.

Hoover, of course, was the leader who made the Depression of the 1930s a great one. He did so by tightening fiscal policy in a deflationary environment. It is among the most studied mistakes in the history of economics. If Hoover seems too distant a figure, how about Ryutaro Hashimoto? In 1997, Japan's then-Prime Minister Hashimoto presided over a consumption tax boost to 5%. The resulting recession was quick, painful and helped paved the way for the deflationary funk to come.

Abe could have avoided the same misstep in 2014. He said a tax hike to 8% was needed to pay down runaway government debt. If Abe was too busy, perhaps Suga could have Googled "Hoover" or "Hashimoto" and spared Japan fresh grief. Not to worry, Abe and Suga assured us, 2014 was not 1997. Until it was. Japan was again in the red and forced to increase borrowing anew. 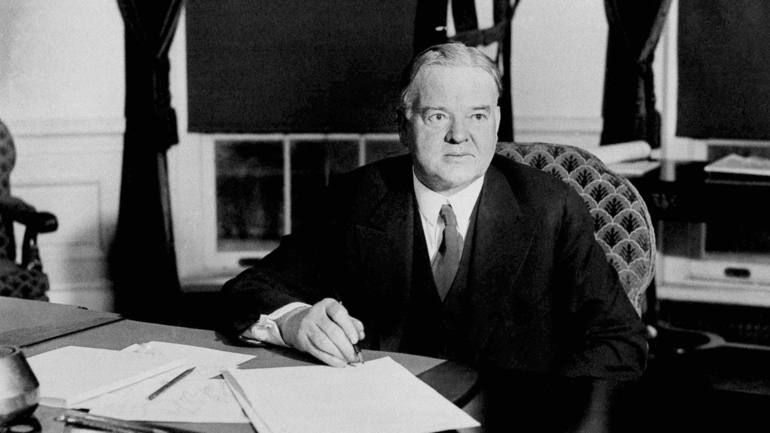 In 2019, Team Abe figured that a third tax hike would be a charm. Until it was not. The move to top up sales levies to 10% sent annualized growth tumbling 7.3% between October to December. This left Japan on an extraordinarily weak footing as COVID-19 hit. To be sure, Tokyo could not have known a once-in-a-century pandemic was coming. But we do now. And Suga can clearly sense the intensifying headwinds ruining Japan's 2020. He also must know that Abenomics did not alter Japan the way investors hoped.

Why, then, would he double down on Hoovernomics when global makers are craving something new and creative from Suganomics? The point here is not to declare Suga's premiership a dud before it begins. But Japan does not need more of the same. It needs a clear and bold break with conventional policies. That means, first, not breaking the economic equivalent of the Hippocratic oath.

Efforts to do no harm should start with knowing where Abe succeeded and where his eight-year reign fell short. By all means stick with Abe's free-trade deal instincts. Build upon Abe's moves to internationalize corporate governance. Definitely continue Abe's determination to give Tokyo a bigger voice in global affairs.

Suga, 71, should indeed augment Abe's reflation efforts with new ones. Japan's roughly 100 regional banks could absolutely do with a shake-up. So could a rigid telecom sector that charges exorbitant rates that consumers in few other countries would tolerate. And since he hails from northern Akita prefecture and, unlike Abe, does not descend from a political dynasty, Suga may be just the leader the depressed economies of rural Japan need.

Abe left so much undone. Sadly, women, who he pledged to make "shine," need not apply as the LDP holds its party election. Bureaucracy is still stifling. Energy policies are still too skewed toward the nuclear reactors Japan came to fear after the 2011 Fukushima crisis. Labor markets are still more obsessed with seniority than merit.

And really, how has being U.S. President Donald Trump's only friend among world leaders worked out for Japan? Trump's trade war with China slammed Japanese exports. His coddling of Kim Jong Un has turned North Korea into more of a nuclear threat than ever.

For Suga's government, goal No. 1, of course, would be to revive the coronavirus-ravaged economy. That, frankly, should have Tokyo repealing the 2019 and 2014 sales tax hikes, not telegraphing more increases. Mulling creative ways to raise revenues by, say, catalyzing a tech startup boom that creates new jobs, wealth and tax revenues wouldn't hurt either.

"No matter how hard we try," Suga told TV Tokyo on September 10, "Japan's population is going to shrink." So is the economy, though, as business leaders and consumers keep being reminded that Suga intends to "Hoover" things yet again. Economic strength must be a precondition for fiscal tightening, but Tokyo keeps torpedoing any chance of a virtuous cycle kicking in. That pattern that must end.

Warren Buffett's recent arrival in Japan reminded the world that there is great value in Japanese companies. The underlying economy, though, has some serious preexisting conditions Abe never got around to fixing.

Might Abe's longtime fixer do better? There's talk of Suga calling a snap election to solidify his political grip. That could be its own "tell" that he is playing for keeps. But Suganomics must reawaken Japan's animal spirits, not send them scurrying for cover with another own-goal that a Google search could have avoided.