Suga is fit to lead, but are voters ready to like him?

Japan's next prime minister is a deeply pragmatic, self-made man 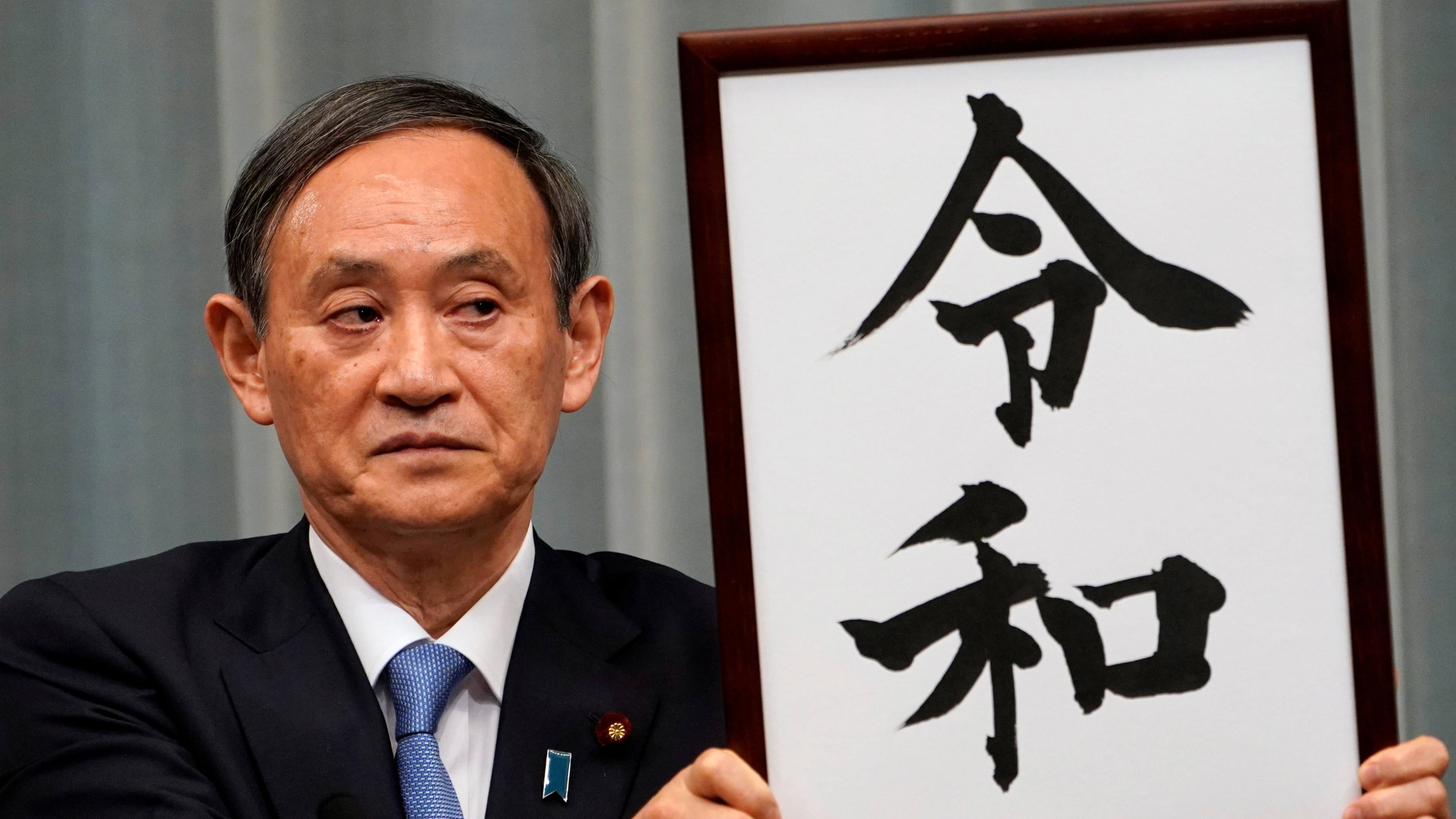 Suga unveils the new era name in April 2019, which earned him the nickname "Uncle Reiwa": his career shows a preference for offering concrete policy solutions to day-to-day problems.   © Reuters
CopyCopied

Kiyoteru Tsutsui is Henri H. and Tomoye Takahashi Professor and Senior Fellow in Japanese Studies at Shorenstein Asia-Pacific Research Center and Professor of Sociology, all at Stanford University.

When asked about his favorite historical figure at a recent Liberal Democratic Party presidential election debate, Yoshihide Suga picked Toyotomi Hidenaga, the younger brother of Toyotomi Hideyoshi, one of Japan's most iconic historical figures known for uniting the country in the 16th century.

A much less recognized figure, Hidenaga was Hideyoshi's right-hand man who managed a ragtag group of ambitious and fiery vassals and played a key role in guiding Hideyoshi's ascent to the top. The parallel is obvious. Much like Hidenaga was to Hideyoshi, Suga has been the point man behind Shinzo Abe, Japan's longest-serving prime minister who recently announced his resignation for health reasons.

Elected president of the ruling Liberal Democratic Party on Monday, Suga will officially take center stage as Japan's next Prime Minister on Wednesday, when he is formally chosen as prime minister at an extraordinary Diet session. The question now is whether the 71-year-old chief cabinet secretary is ready to lead the world's third-largest economy and what will be his policy focus?

As a key supporter of Abe, Suga clearly excelled, becoming the longest-serving chief cabinet secretary in Japanese history. With the deft use of carrots and sticks, he managed the ever-shifting relationships among the LDP's key factions and wrested policymaking power away from bureaucrats through the Cabinet Bureau of Personnel Affairs. This powerful machinery brought stability to Japanese politics and enabled Abe to propose bold policy initiatives as well as showcase his foreign policy chops.

As the main architect and overseer of this machinery of government, Suga no doubt has the skills needed to run domestic affairs effectively, especially with the strong backing of LDP secretary-general Toshihiro Nikai. Suga has vowed to continue Abe's policies and is well-positioned to execute his unfinished agenda.

Unlike most recent LDP leaders, Suga is a self-made man without a family lineage in national politics. Born into a farming family in the northern prefecture of Akita, Suga came to Tokyo after high school, taking on various menial jobs to support himself through Hosei University. After developing a strong belief that politics shape people's lives, he then laid the groundwork for a political career, spending decades as the secretary to an LDP politician and then a local city assemblyman in Yokohama before seizing the opportunity to become a Diet member that would soon earn him Abe's confidence and see him rise to prominence in Abe's cabinet.

Deeply pragmatic, Suga's career shows a preference for offering concrete policy solutions to day-to-day problems. His signature policy accomplishments include a hometown tax donation program to invigorate rural Japan as well as stimulus packages to promote tourism. Other measures to address the main concerns of regular folks include slashing mobile phone bills and expanding the capacity of day care facilities for small children.

As prime minister, Suga's immediate task will be tackling COVID-related challenges. Beyond that, he will likely pursue a policy agenda that will address the daily concerns of Japanese citizens.

This includes regulatory reform to eliminate bureaucratic sectionalism and vested interests to reinvigorate Japan's aging "society, reorganizing" small companies and local banks to boost productivity, and digitalization in education, medicine, and government affairs to increase efficiency. Suga has a ruthless streak too. Used to isolating bureaucrats who tried to block his policies, he is fiercely loyal to his allies, supporting Abe and other politicians through scandals even when he had to defend the indefensible.

But will Suga's style make him popular with voters? His popularity soared after he emerged as the front-runner to replace Abe, boosted by the avuncular image of him unveiling the name for the new Reiwa era following the abdication of Emperor Akihito which earned him the nickname "Uncle Reiwa." His pragmatism is also sure to be a good fit for the age, with most Japanese seeking modest improvements in their lives instead of radical change or grand new strategies abroad. Suga no doubt has the skills needed to run domestic affairs effectively, especially with the strong backing of LDP secretary-general Toshihiro Nikai, pictured on Sep. 8. (Photo by Uichiro Kasai)

In the cutthroat world of Japanese politics, Suga's lack of factional support is a possible weakness. Rare for somebody without allegiance to any of the LDP's factions to rise to the top, Suga will have to rely on Nikai and others to manage the internal machinations. Here again, policy successes will help determine whether he can maintain a strong footing.

Suga's biggest question mark is his foreign policy experience. Given his prominence on the international stage, Abe's successes will be hard to match, especially given his limited interaction with world leaders. Balancing the political and military alliance with the U.S., as well as the economic relationship with China will be especially tricky. Nikai, widely seen as the most pro-China member of the government, is expected to wield strong influence in cabinet, with cabinet members Taro Kono and Toshimitsu Motegi helping the balance with their strong ties with the U.S.

Toyotomi Hidenaga died before he could rise to lead Japan, so Suga now has the chance to outshine his historical hero and build a lasting prime ministership. While his pragmatism-over-ideology approach is a good fit for Japan today, the key will be for him to find strong policy advisers who know how to sell Suga's strengths to the Japanese public.