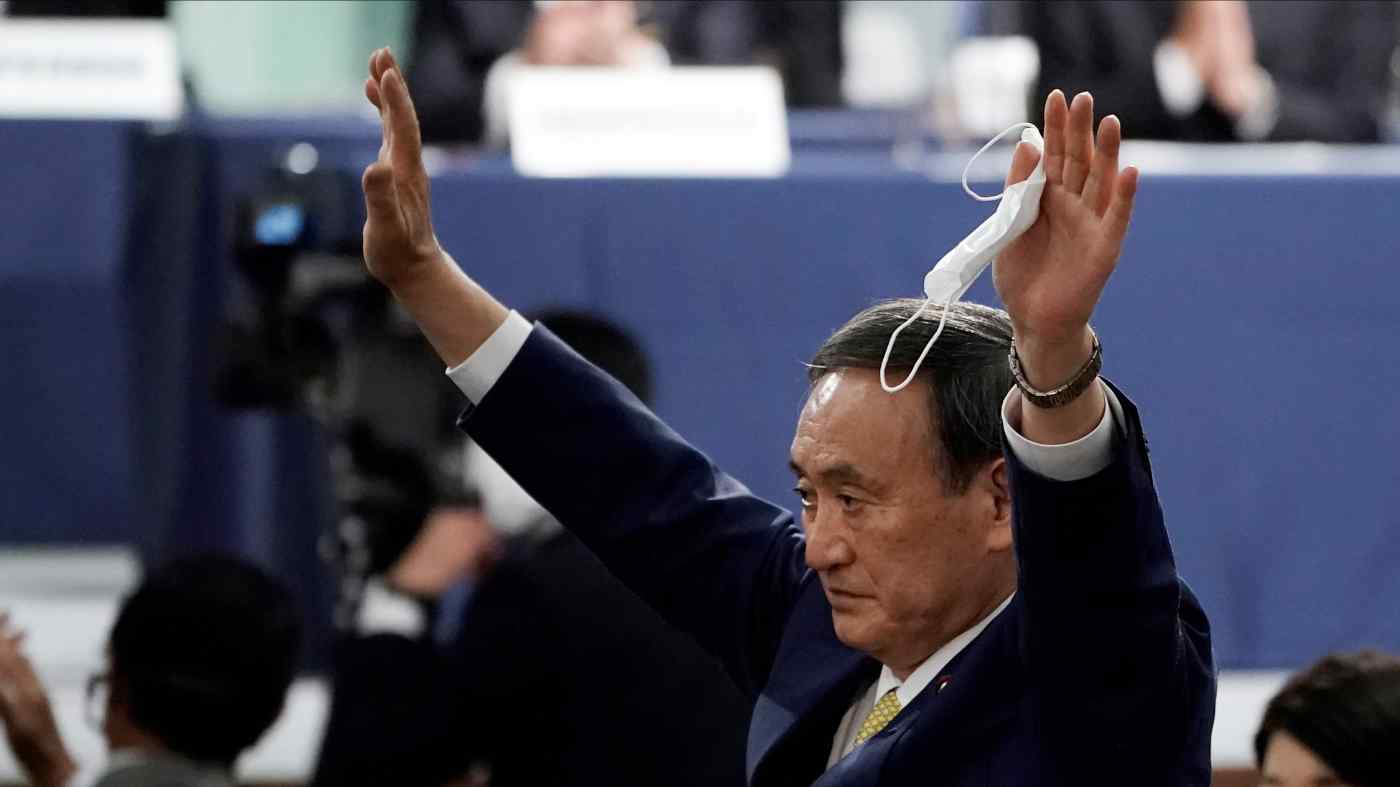 As Suga takes over he faces a tricky choice between accepting the reality of rising Chinese influence, or shouldering more of the burden to constrain it.   © Pool/AP
CopyCopied

Japan's incoming Prime Minister Yoshihide Suga faces no shortage of domestic challenges following his landslide victory to head the country's ruling Liberal Democratic Party. But as the low-profile, self-made politician readies to succeed Shinzo Abe, he must also prepare not just to continue his predecessor's assertive brand of foreign policy, but to expand it, and in Southeast Asia in particular.

On any reckoning Abe's record abroad was impressive, turning the little-known idea of a free and open Indo-Pacific into a triumph of Japanese diplomacy. Abe's best-known concept was born of domestic and international weakness, notably the need to bring in foreign partners to help Japan constrain China's rise. But it was adopted first by U.S. President Donald Trump, and then, in one form or another, by almost every other important player in the region. It now dominates the way most nations think about Asia.

Infrastructure was a second success, as Japan handed many emerging Asia nations a viable alternative to China's largesse -- a role the U.S. has conspicuously failed to fulfill. For all the profile of Beijing's Belt and Road Initiative, Tokyo still invests more in bridges and roads around Southeast Asia, for instance, with data from rating agency Fitch Ratings putting pending Japanese infrastructure investments at $230 billion, compared to $155 billion for China.

Japan might therefore be forgiven for thinking it has done its fair share of regional heavy lifting, especially when its pandemic-ravaged economy needs urgent attention. But as Suga takes over he faces a tricky choice nonetheless, between accepting the reality of rising Chinese influence, or shouldering more of the burden to constrain it.

That choice exists partly because Tokyo's most important partners look unreliable. The U.S. is distracted by an imminent and divisive election that could quite plausibly end in months of rancorous indecision. Many in Tokyo would welcome a Trump victory, given his staunch anti-Chinese views. But a second-term Trump administration is hardly likely to prioritize the kind of delicate Asian partnership-building that proved to be Abe's forte. A Biden administration might talk more about such things, but it's focus would remain on domestic recovery and social healing.

There is little sign of leadership elsewhere either. Abe put great emphasis on building ties with India, in the hope that New Delhi would play a more active regional role and counterbalance to Beijing. In the long-run that plan may well bear fruit. But for now, India is stuck with a dire post-COVID economic crisis, sapping both the attention of its leadership and its already limited financial resources. Nor can Japan rely on the 10-member Association of Southeast Asian Nations to act as a bulwark against China, with ASEAN looking evermore divided and cautious in the pandemic's aftermath. Then there is China itself. Its military strength continues to grow, as a U.S. recent paper from the Pentagon made clear, showing China's capability outstripping the U.S. in a number of important domains, including the size of its navy. Worsening ties with the U.S. means Beijing is likely to focus more effort on expanding its regional influence over the coming years. "The nascent trend seems to be toward an increasingly Chinese dominated political, economic, technological, and strategic ecosystem in the Indo-Pacific," as a recent report from the U.S.-based Asia Society put it.

Pushing back against this will require Tokyo to redouble its diplomatic focus and financial expenditure. Military investment will be one priority, as highlighted in Japan's recent annual defense white paper, as will expanding the role of bodies like the Quad naval grouping, alongside Australia, India and the U.S. Such steps would require Suga to push further along Abe's path of breaking down his country's traditionally limiting defense constraints.

Trade and economic cooperation should be another focus, for instance by taking the lead in expanding the Comprehensive and Progressive Agreement for Trans-Pacific Partnership trade agreement, potentially to include nations outside of Asia, such as the United Kingdom.

Whether Suga has the stomach for this is less clear. He faces immediate problems, from a badly-handled pandemic at home to dire relations with South Korea abroad. An avowedly pro-business politician, his focus will be economic. Japan has growing commercial interests in Southeast Asia, not least its desire to shift industrial supply chains from China. But Suga's election campaign struck a cautious tone, focusing on the need for balanced ties with China. Part of his plan to repair Japan's economy involves a revival in tourism, which is a hard target to hit without Chinese visitors.

Clearly Tokyo needs to strike a balance. No Japanese leader wants needlessly to antagonize Beijing, as Trump is so fond of doing. Suga must weigh the risks that more assertive action around Asia could backfire. But the bigger risk is now arguably a return to timid internal preoccupations, in which Japan fails to push forward with the kind of focus and resources Abe brought to his Indo-Pacific vision. And if Suga does not act, one thing is clear: no one else is likely to pick up the slack.