Taiwan and US move closer to Bilateral Trade Agreement 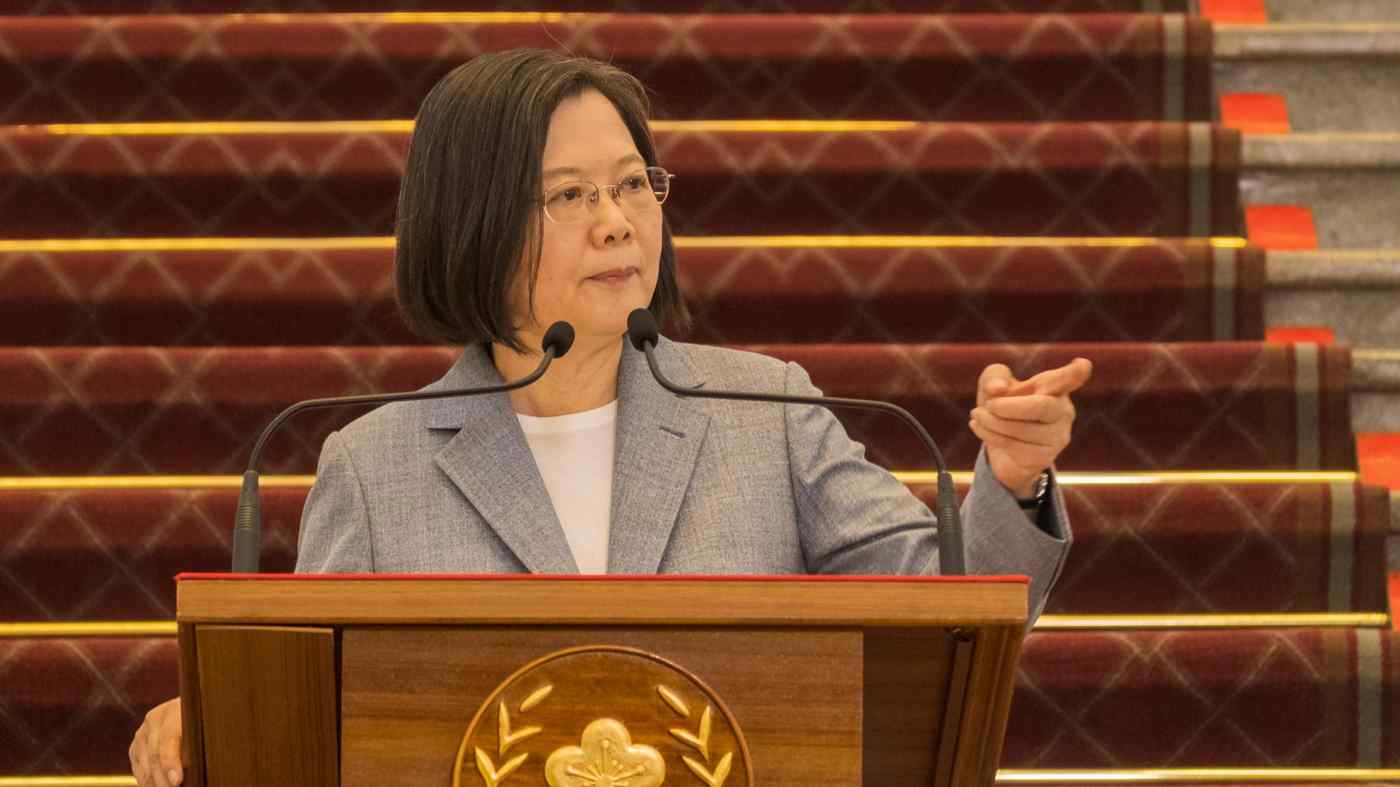 Tsai Ing-wen expressed at the press conference on Aug. 28 her desire to reach a bilateral trade agreement with the U.S., saying it would "strengthen our engagement" and help establish "a rules-based trade order" in the region.   © Sipa/AP
CopyCopied

Lotta Danielsson is vice president of the U.S.-Taiwan Business Council.

Taiwan President Tsai Ing-wen addressed one of the primary irritants in the U.S.-Taiwan trade relationship last week by relaxing regulations on pork imports containing the steroid ractopamine. Taiwan has now unilaterally eliminated a technical barrier to trade that the U.S. has long argued was a major obstacle to trade talks.

By taking this significant step -- despite intense opposition at home -- President Tsai has demonstrated her commitment to making difficult but necessary choices to support her trade policy agenda. Taiwan appears ready to make the domestic reforms necessary to take part in comprehensive and high-standards trade agreements. This is a positive sign for future trade negotiations with the U.S. and with other trading partners, as well as for potential participation in regional and multilateral agreements.

Interest in the Bilateral Trade Agreement, or BTA, between the U.S. and Taiwan has waxed and waned since Taiwan joined the World Trade Organization in 2002. But the last year has seen a remarkable increase in U.S. support for this significant and positive next step in bilateral economic relations, including one letter to U.S. Trade Representative Robert Lighthizer signed by 161 members of the U.S. House of Representatives, and another in July from Colorado Republican Sen. Cory Gardner.

The Taiwan Allies International Protection and Enhancement Initiative, or TAIPEI, Act, which took effect in March, also calls on the USTR to consult Congress on further opportunities to strengthen bilateral trade and economic relations with Taiwan. Congressional support has been bolstered by statements in favor of a Taiwan trade agreement from numerous policy think tanks, as well as several organizations representing U.S. business interests.

Support for a BTA is also robust in Taiwan. President Tsai has often expressed her government's willingness to sign a trade agreement, and it has been a regular talking point for officials including Foreign Affairs Minister Joseph Wu and Taiwan's new representative to the U.S. Hsiao Bi-khim. The BTA was also a key topic last month during the Taiwan visit by U.S. Health and Human Services Secretary Alex Azar.

For the U.S., a BTA would expand on its already extensive trade, business, and commercial relationship with Taiwan, and make it an even stronger Indo-Pacific partner in essential strategic sectors. The island's small size belies its economic prominence. Taiwan is our ninth largest trading partner, eighth largest export market for agricultural products, a key destination for LNG exports, and a principal supplier of components to U.S. technology companies. As a hub for cutting-edge semiconductor manufacturing, Taiwan plays an outsized role in the global technology supply chain that is so crucial to U.S. innovation leadership.

Taiwan was also the 15th largest U.S. foreign investor in 2019, and leading companies like Taiwan Semiconductor Manufacturing Co. (TSMC) have announced substantial future investments in the U.S. A BTA could further improve the investment environment on both sides, encouraging bilateral investment flows that would support job creation. Inside TSMC's foundry facility: the company has announced substantial future investment in the U.S. (Handout photo from TSMC)

U.S.-Taiwan bilateral trade talks have been moribund for years. The last meeting under the Trade and Investment Framework Agreement, or TIFA, -- the existing mechanism for trade talks -- took place in October 2016. BTA negotiations could therefore serve as a conduit to tackling existing U.S. concerns surrounding pharmaceuticals and medical devices, help resolve issues around digital trade and intellectual property rights, and address matters related to labeling, regulations, and transparency. They could also serve as a platform for discussions on developing joint standards, dealing with non-tariff trade barriers, and potential ways to address the U.S.-Taiwan trade deficit.

For Taiwan, a BTA with the U.S. is vital not only for its obvious direct benefit to Taiwan's economy -- and associated increase in opportunities for its businesses and consumers -- but as a step toward additional trade agreements. Taiwan already has agreements with some trading partners, but a deal with the U.S. would encourage others to follow suit.

China currently accounts for almost 30% of Taiwan's total trade. If Taiwan is unable to deepen its other trade partnerships, it may be compelled to tilt further into China's economic sphere. Increased Chinese influence in Taiwan is not in the interests of the U.S., and has the potential to damage U.S. business and security interests in the region. A U.S. BTA would allow Taiwan to recalibrate its economic activity away from China.

A trade agreement between the U.S. and Taiwan would be mutually beneficial, and Taiwan has convincingly demonstrated that it is committed to the U.S. trade relationship. Now is the time for the U.S. government to launch BTA negotiations with Taiwan, thereby demonstrating our own commitment to this important strategic partnership.