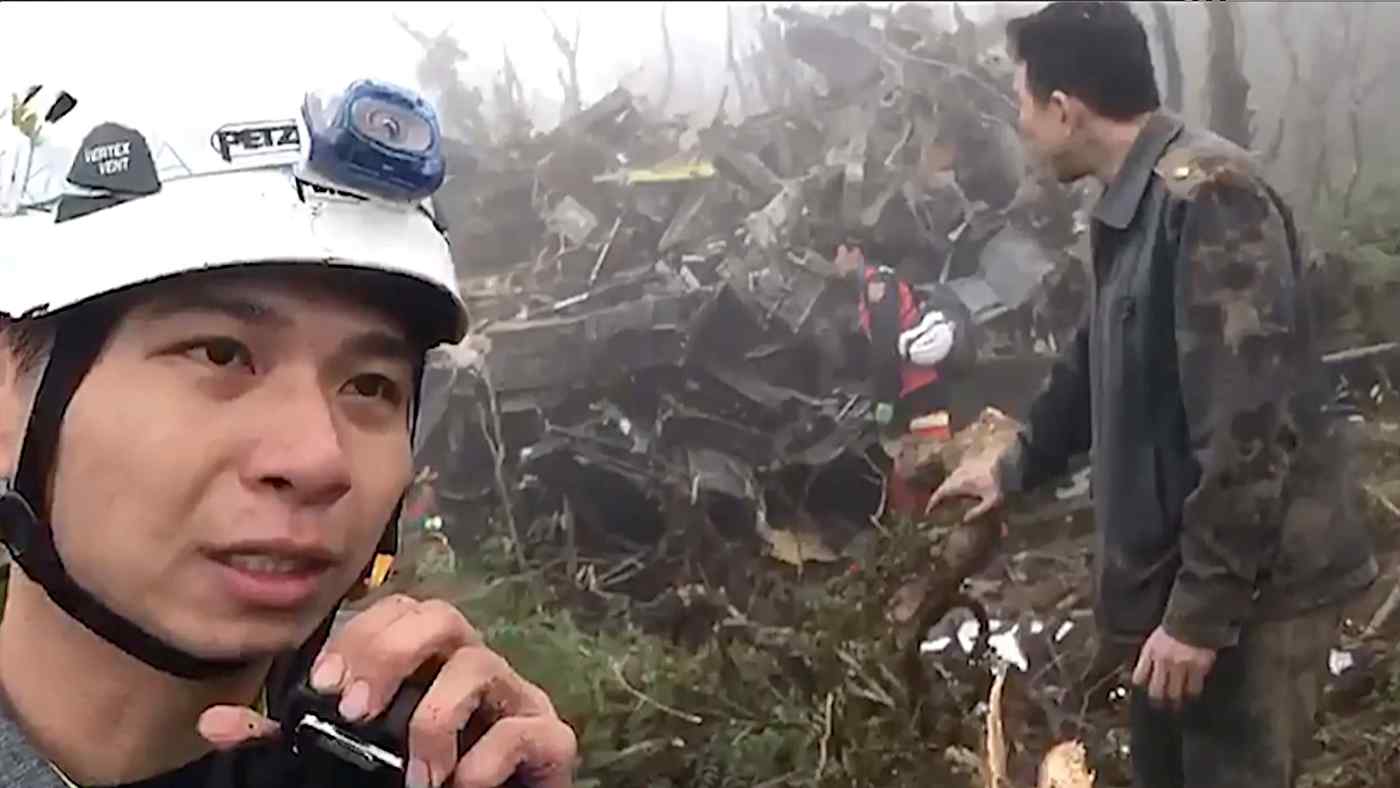 Emergency teams work at the crash site of a military helicopter on Jan. 2: some politicians seized on the tragedy in hopes for gain. (image made from video)   © Yilan Fire Bureau/AP
CopyCopied

On their first day back at work after the new year, Taiwanese citizens were confronted by the country's worst tragedy in its military history. A UH-60M Black Hawk helicopter was forced to attempt an emergency landing en route to a military base. Taiwan's Chief of the General Staff, Shen Yi-ming, and seven other high-ranking officials were among the dead.

Immediately after the accident, while rescue efforts were continuing and President Tsai Ing-wen was attempting to calm the country, disinformation began to circulate on social media and cable television and some politicians seized on the tragedy in hopes for gain. This rush of politically motivated disinformation is in line with what we have seen in campaigning for Taiwan's general election, due to be held this Saturday.