Taiwan is the future of the Asia-Pacific, not China

Island's success the result of staunch commitment to democratic ideals 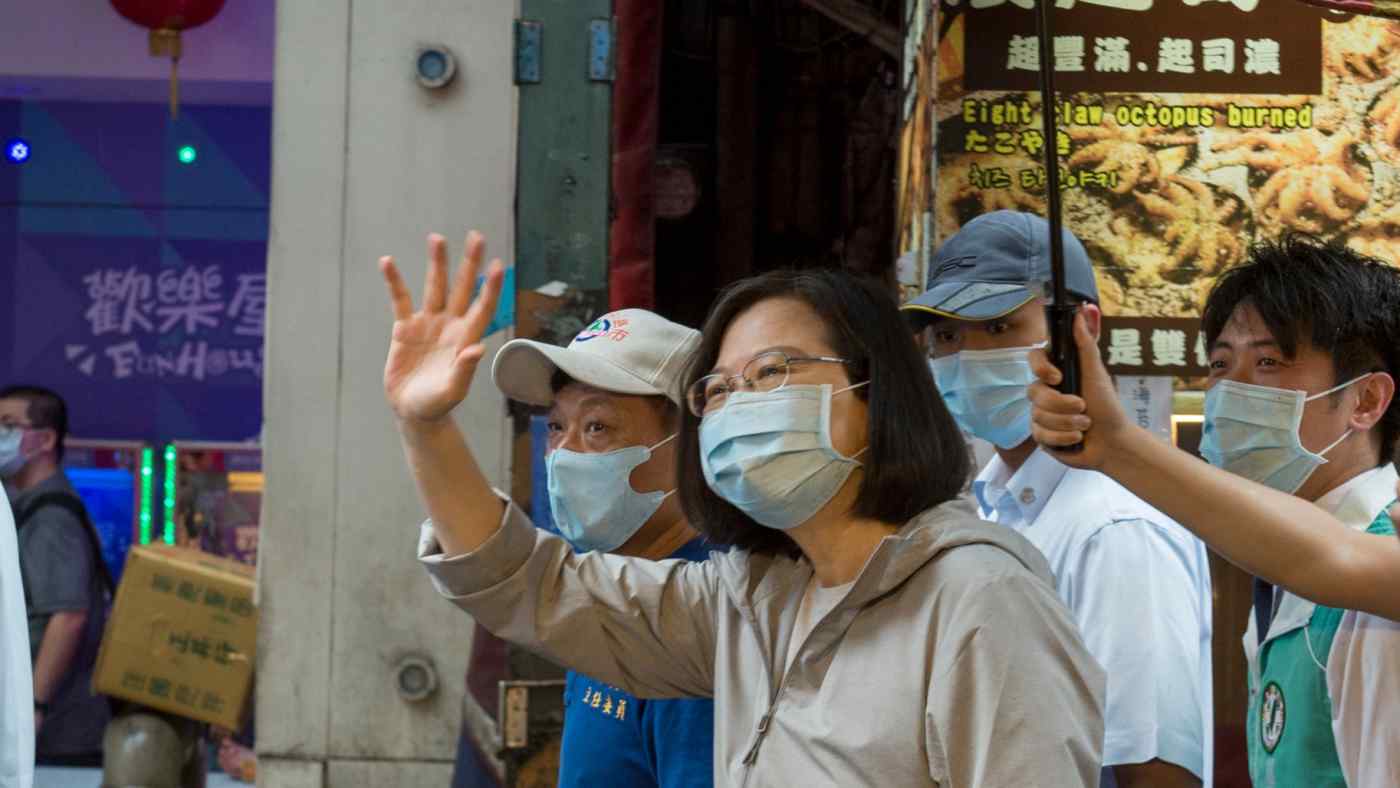 President Tsai Ing-Wen waves at a night market in Keelung after the lockdown ease on June 9: transparency, accountability, and public trust have allowed Taiwan to combat COVID-19 without sacrificing economic growth.   © Sipa/AP
CopyCopied

Dr. Daniel Twining is president of the International Republican Institute, a nonpartisan, nonprofit, nongovernmental organization that supports democracy. He formerly served as a member of the U.S. State Department's Policy Planning Staff and as the foreign policy adviser to U.S. Sen. John McCain.

Even before the COVID-19 pandemic accelerated trends toward authoritarianism and instability, it was clear that the Asia-Pacific region would face a crisis of democracy in 2020.

How would countries weather the strain on democratic institutions by strongmen who reject pluralism and bristle at criticism? Would nations that rely upon aid from the major powers continue to seek partnerships with Western democracies, or succumb to China's increasingly aggressive campaign of authoritarian influence?

These questions have only become more pressing as states struggle to cope with the governance challenges posed by the coronavirus pandemic, and as China exploits the chaos of its own making to undermine political independence in Hong Kong and beyond.

Yet the example of Taiwan -- a culturally Chinese society only 110 miles off the mainland coast -- demonstrates that an authoritarian future is by no means inevitable for the Asia-Pacific. Indeed, its high performance on both public health and economic growth in this pandemic year suggests that Taiwan, not China, is a more likely pacesetter for the wider region.

Taiwan remains a vibrant democracy that has managed the pandemic far better than China by all measures, from overall mortality to economic impact to respect for human rights. This success was the sum of social and political factors made possible by the Taiwanese people's staunch commitment to democratic ideals.

As a young democracy, Taiwan benefits from having its authoritarian past in living memory as an example of what not to do. Many Taiwanese remember the struggle for political rights and understand that democracy is always a work in progress in which each citizen has a fundamental role to play. That history and driving spirit have led to one of the most vibrant and innovative civil societies in the world, which has stepped up to address Taiwan's most pressing challenges.

When coronavirus first hit the island in January, Taiwan's citizen and digital activists leveraged existing partnerships to quickly build apps to track COVID-19 hot spots and distribute face masks while developing fruitful collaborations with government. Public trust was critical to the rapid development of a contact-tracing system that many consider the best in the world. That trust was cultivated by Taiwan's responsive democratic institutions, including the government's willingness to learn from public protest movements rather than suppressing them.

Transparency, accountability, and public trust have allowed Taiwan to combat COVID-19 without sacrificing economic growth. JPMorgan predicts Taiwan will be the only advanced economy in the world to see growth this year. Its citizens are already enjoying concerts and filling Taipei's restaurants to capacity. Western nations could learn from Taiwan's example: protecting public health and generating prosperity are not zero-sum trade-offs. People dine during a lunch break in a restaurant in Taipei on Nov. 10.   © Reuters

Taiwan's democratic success belies Xi Jinping's assertion that China's techno-authoritarian model is superior. As China exports Orwellian surveillance systems and Xi insists "Western values" are not appropriate for Asians, the Chinese society next door models a different future for the free world -- all while delivering higher per capita GDP and proving that a police state is not necessary to manage a pandemic.

With Beijing stepping up its assault on the global rules-based order, now is the time for all democracies, including the United States, to invest in strengthening ties with Taiwan. This includes drawing lessons from Taiwan's successful defense against foreign-sponsored disinformation.

Taiwan is a front-line state in the conflict against digital authoritarianism: Beijing's attempted influence operation to sway Taiwan's January 2020 presidential election failed thanks to civic education and a whole-of-society effort to protect the integrity of the democratic process.

China's attempts to isolate Taiwan geopolitically are a taste of what is to come if Xi's efforts to impose Chinese hegemony across Asia succeed. The truest tests of a society's sovereignty are its people's ability to choose their leaders and its government's ability to conduct an independent foreign policy. By seeking to sever other nations' ties to Taipei, Chinese Communist Party interference in Taiwan's domestic politics and foreign policy foreshadow a perilous future for smaller Asian countries that refuse to do Beijing's bidding. And every Asian nation is smaller than China.

It is essential to circumvent the geopolitical isolation Beijing imposes on Taiwan and work directly with the nation's innovative civic, business, and government leaders. That is one reason my organization, the International Republican Institute, is opening an office in Taiwan as part of our mission of strengthening democracy worldwide and countering malign authoritarian influence. The incoming U.S. administration should invite Taiwan to participate in the summit of democracies President-elect Joe Biden has pledged to convene during his first year in office.

All countries must manage relations with Beijing with deftness and care. But that does not mean accommodating hostile CCP campaigns to co-opt, corrupt, or coerce political leaders and institutions abroad in ways that erode security and sovereignty. As the example of Taiwan shows, democracies can protect public health and grow their economies even as they honor their people's freedoms and deepen partnerships with each other to safeguard a free and open Asia-Pacific.