Taiwan mayor recall is a cautionary tale for all politicians 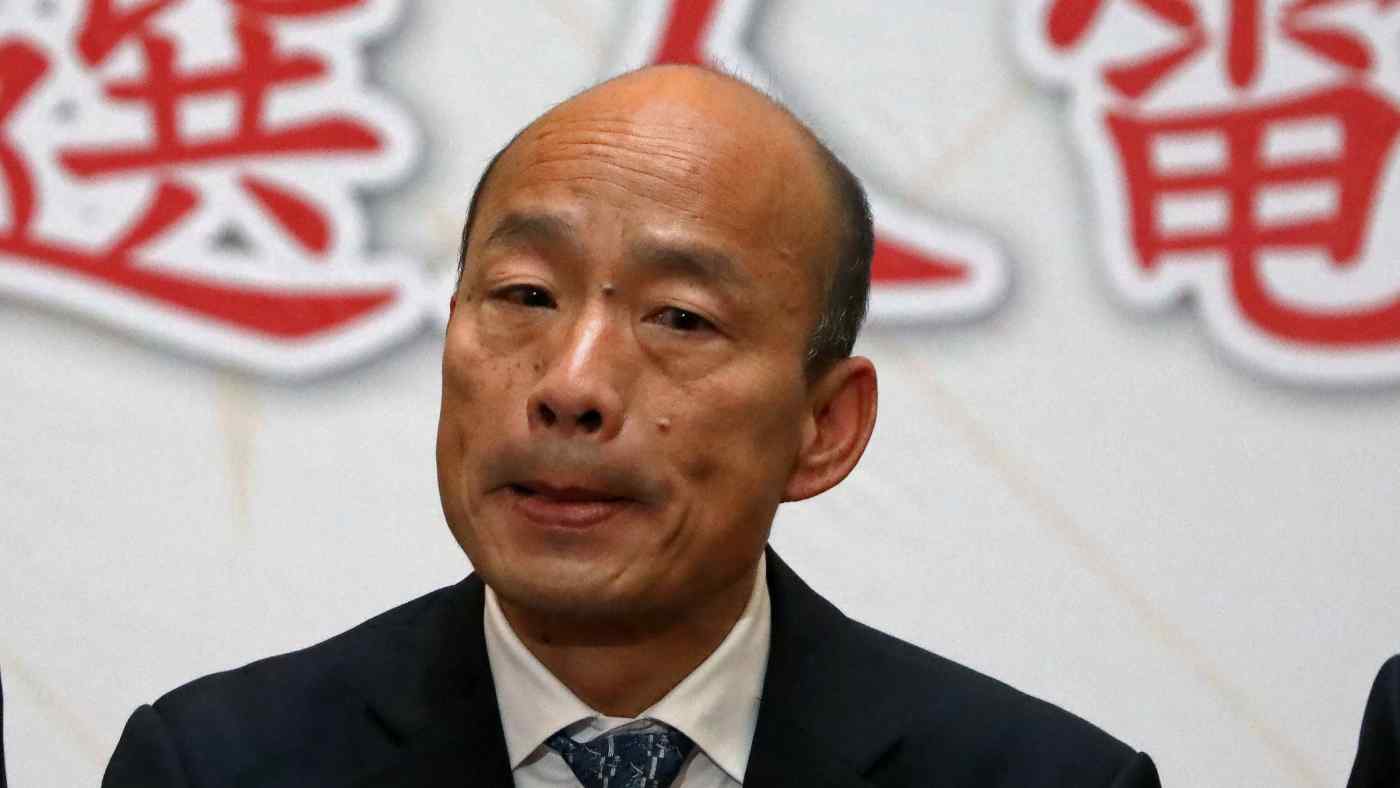 Han Kuo-yu talks to the media in Taipei in December 2019: he was neglectful of the needs of Kaohsiung.   © Reuters
CopyCopied

Ketty W. Chen is Director of Research at the Association of Public Issues Studies, Taiwan.

When the citizens of Taiwan's southern port city of Kaohsiung voted overwhelmingly to remove Mayor Han Kuo-yu from office on Saturday, putting an end to the political star's rapid rise, it was not just a defeat for one man -- but a cautionary tale for all politicians.

His removal from office was defined by several firsts in Taiwan's democracy. Han, who captured his seat in a crushing victory in 2018, was the first mayor of a special municipality -- a powerful position akin to a governor -- to be successfully recalled. The 939,000 votes to recall him in 2020 were more than the 893,000 to elect him in 2018, and the voter turnout was the highest in all Taiwan's recall elections.

He was also the first Taiwanese politician to have faced two recall votes; the earlier attempt was in 1994 because of his support for the construction of a nuclear power plant, but was unsuccessful.

International commentators were quick to define Saturday's recall as yet another hardening of Taiwanese public opinion toward China. Han's overwhelming loss in January's presidential election to incumbent Tsai Ing-wen, who has consistently resisted China's one country, two systems formula for Taiwan, was already evidence of such a trend.

However, Han's dismissal by the people was more complicated than this. One of the most significant reasons for citizens supporting his removal was that he had left the city for his presidential bid merely three months into his tenure. Many youths who voted for Han hoped to return soon to their hometown with better employment opportunities and economy.

Wecare Kaohsiung, the civil society group leading the campaign, said in its recall petition that not only did Han abandon his mayoral duties, his approval rating was among the lowest in the country, and his "racist, sexist" remarks had harmed the city's reputation. Han's refusal to return to the city government to answer inquiries from city councilors also contributed to the general perception that he was neglectful of the city's needs.

In mid-May, Han finally apologized to the people of Kaohsiung for his leave of absence to campaign for the presidency and for his ambitious yet unsubstantiated plans to convince Disney to build a theme park and to have Formula One host a Grand Prix in Kaohsiung.

There was certainly a strand relating to Han's relationship with China in the recall movement. Soon after he was elected, he paid a visit to China's Liaison Office in Hong Kong, which represents the People's Republic of China's government, and held a closed-door meeting there with Beijing's top official, Wang Zhimin, last March. This cost him political capital at home.

On the same trip, Han met Hong Kong's Chief Executive, Carrie Lam, and signed a trade memorandum of understanding worth 2.3 billion Taiwanese dollars ($77 million). When later asked to respond to the protests in Hong Kong against an extradition bill, Han's initial answer was that he did not know and was unaware of them.

The public was further antagonized by his polarizing and taunting political rhetoric and his weak attempts to urge his supporters, who dubbed themselves the "Han Wave," to cease their relentless personal attacks and threats toward those who hold a difference of opinion.

Han's recall creates even more challenges for the Chinese Nationalist Party, or Kuomintang, as its new chairman Johnny Chiang attempts to reform, reinvigorate and revitalize the party. Chiang, who is seen as the Kuomintang's next-generation politician, is younger than Han, capable and charismatic.

But rather than focusing his energy on reforming the party and engaging in discussions about the Kuomintang's social policies and strategy in dealing with China, Chiang found himself having to dedicate his time to defend the mayor and unruffled his supporters. Johnny Chiang found himself having to dedicate his time to defend the mayor and unruffled his supporters.   © Reuters

Chiang read a quick statement on Saturday afternoon, where he said that his party respected the decision of the citizens of Kaohsiung and apologized for letting the people down.

Tsai, whose administration has won global praise for its effort in combating the COVID-19 pandemic, began her second term last month with a high approval rating. Han's recall gives her Democratic Progressive Party the opportunity to recapture city it once lost. Tsai, adopting a conciliatory tone, said that the people of Kaohsiung exercised their democratic rights and propelled Taiwan's democracy further.

The rise and fall of Han serves as cautionary tale to all politicians. As Chinese slang states, "The people's will runs fluid like water": the people can grant their support to a political entity, but they can also take it away as swiftly.

With this understanding, the process of recall should be saved for extreme cases and not become a habitual practice in a democracy. This is why the procedures in place are strict and a petition requires support from a critical mass before it is put to a vote. Regular free and fair elections should be the definition and basis for a democratic system.

Citizens in democracies should still contemplate carefully before casting their votes, so a procedure as drastic as recall is not implemented often.