Taiwan must be allowed to join the World Health Organization J. Michael Cole is a Taipei-based senior fellow with the Global Taiwan Institute in Washington, D.C., and the Macdonald-Laurier Institute in Ottawa, Canada.

Once again this year, various countries will call upon the World Health Organization to allow Taiwan to participate in the annual World Health Assembly, the WHO's decision-making body. Since 2017, Taiwan has been denied participation due to interference by China, which argues that Taiwan is part of its territory.

Held virtually due to the COVID-19 pandemic, WHA74 will take place from May 25 to June 1. Taiwan has yet to receive an invitation from organizers in Geneva, Switzerland. This year's effort to include Taiwan is particularly important due to the attention the democracy of 23.5 million people has received following its exemplary response to COVID-19, and to the assistance that Taiwan has provided to several countries worldwide, where the response to the health emergency has ranged from suboptimal to downright catastrophic.

For many years, there have been arguments that Taiwan should not be excluded from U.N. specialized organizations like the WHO. They relied largely on abstract concepts -- "what ifs" warning of dangers that blind spots would bring to an interconnected global system.

Events over the past year have made it stark clear that such blind spots are not only dangerous but actually detrimental to global cooperation. In the early weeks of the outbreak in the city of Wuhan, in China's Hubei Province, Taiwanese health authorities were already sounding the alarm: A new disease was rearing its ugly head. Ignored by the WHO, Taiwan nevertheless immediately shifted gears and implemented various measures to prevent the spread of infections.

Having learned important lessons from the SARS epidemic in 2003, Taiwan successfully mobilized its industrial capacity, artificial intelligence and local networks in a way that arrested the spread of the virus while upholding its democratic standards.

As a result, while much of the world was brought to its knees, Taiwan continued to prosper. Its economy grew, and for all its people, life continued as usual. Perhaps more than anywhere else, Taiwan demonstrated that a state could quickly mobilize and adopt extraordinary prophylactic measures without being governed by an authoritarian system. 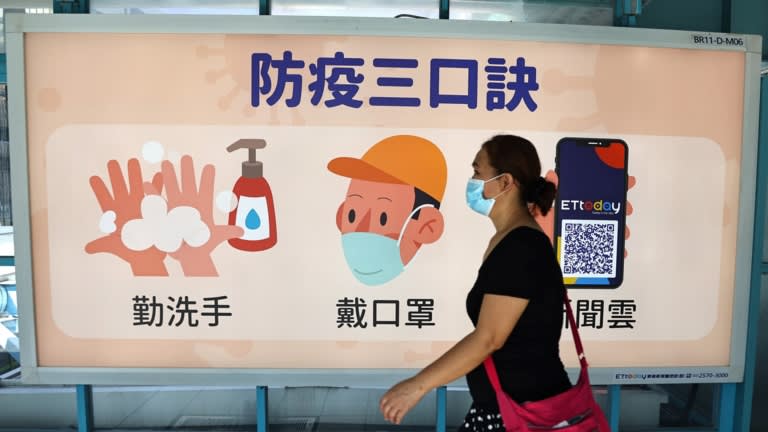 A sign at a metro station shows countermeasures against COVID-19 in Taipei: Taiwan demonstrated that a state could mobilize prophylactic measures without being governed by an authoritarian system.   © Reuters

It is largely due to this success, combined with China's cover-up of the outbreak, disinformation campaign to shift the blame and nefarious influence at the global health body, that this year so many countries are clamoring for Taiwan's inclusion at the WHA. In legislative chambers and on social media, members of parliament from around the world have called for Taiwan's inclusion.

Earlier this month, leading industrial nations from the Group of Seven openly backed Taiwan being allowed as an observer at the WHA. It was the first time for the entire G-7 to do so. That same week, the French Senate unanimously voted for Taiwan's inclusion in the WHO and other U.N. special agencies like Interpol, ICAO and the UNFCCC.

And yet, while a substantial share of the democratic world mobilizes its support for Taiwan, and for good reason, as it is in its interest for a successful democracy to be part of the global system, there is no assurance that the outcome this year will be any different from previous years.

Due to its influence within the U.N. General Assembly and backroom deals in the selection of U.N. chiefs, China has time and again succeeded in frustrating those efforts. Such failure on the part of the democratic world is mind-boggling. Rather than work for the common good of humanity, Beijing has politicized international health.

By doing so, China has excluded a modern, successful democracy that can make precious contributions to the global system, and it has interfered in that country's ability to access information, expertise and assistance in times of crisis. In other words, Beijing is clearly putting politics ahead of human lives.

We are in this situation because we have allowed the authoritarian regime in Beijing to unilaterally define, often in flagrant violation of historical facts, what it considers its "domestic affairs."

The catastrophe that has affected much of the world since early 2020 serves as a warning of further things to come in our interconnected world, and as a powerful reminder that our inability to adapt our global institutions to meet the requirements of the 21st century is something we do at our own peril.

Giving Taiwan its rightful place at the table will not cost China anything. We are all in this together, and this is not a zero-sum game. Millions of lives are at stake. And Taiwan can save lives.