In the firing line of US-China conflict, island economy must diversify 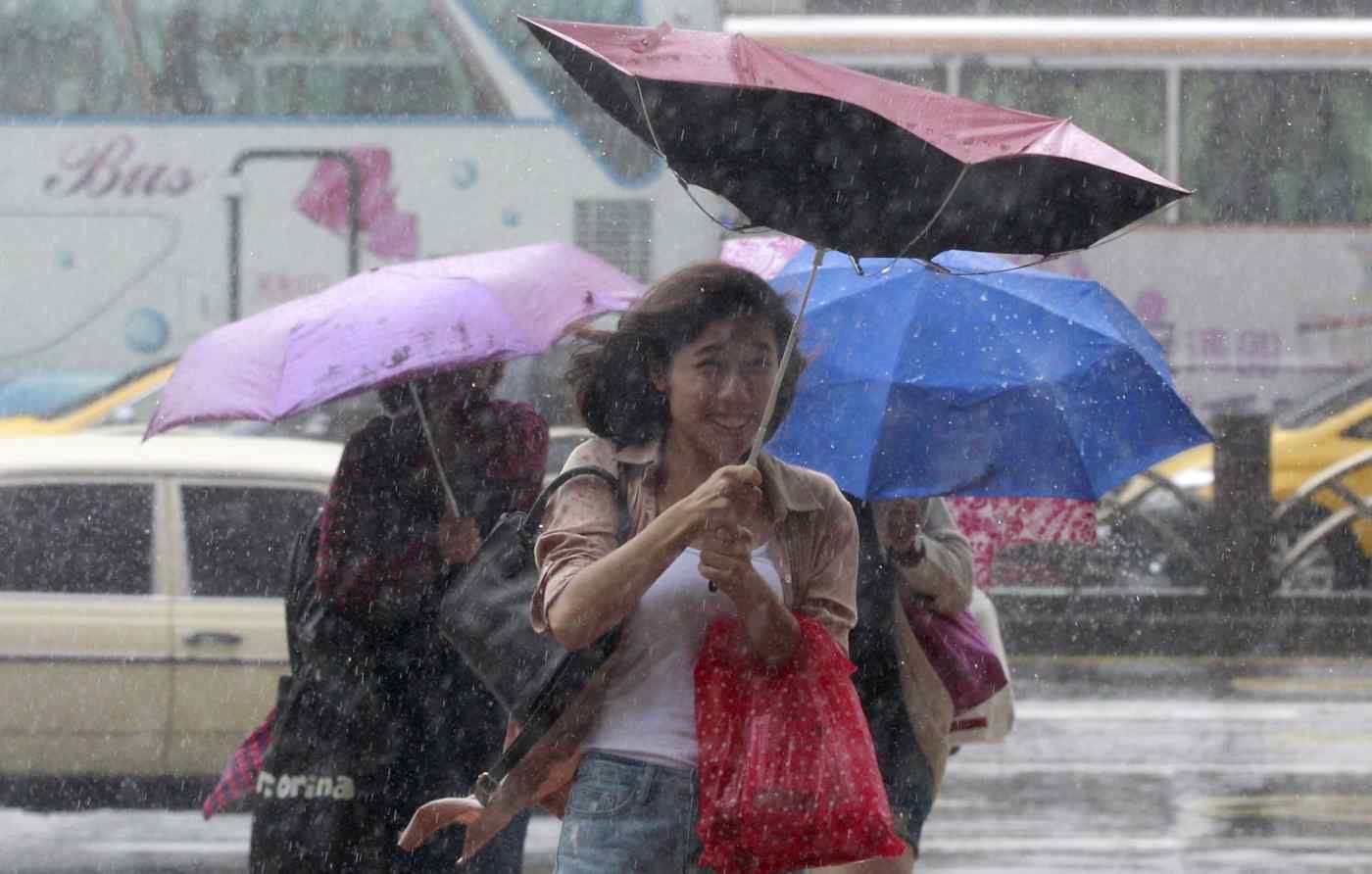 Is Taiwan in for more storms?   © Reuters
CopyCopied

In December 2016, a month before he assumed office, Trump took an unprecedented phone call from President Tsai, enraging a China that views her democracy as a renegade province and works to isolate it.

As president, Trump then questioned "why we have to be bound" by a one-China policy that has been a bedrock of Sino-U.S. relations since 1979. It seemed a geopolitical reset in Taipei's favor might finally be afoot.

What a difference 20 months make. Today, the most serious external threat to Tsai's economy is not Beijing, but Trump's escalating trade war. In fact, Taiwan could end up being the biggest collateral-damage victim of the protectionist U-turn taken by Trump's U.S. Exports account for roughly two-thirds of Taiwan's output, of which more than 40% go to a China under siege.

Things were going well in enough earlier in the year, including in May the second anniversary of Tsai's inauguration. The economy was expanding at a 3.3% pace year-over-year in the April-June quarter, the fourth with growth above 3%.

That performance owed much to buoyant global demand for consumer electronics, a sector in which Taiwan is a pivotal part of global supply chains. It is now directly in harm's way as Trump's tariffs hit rivals and allies alike.

Exports grew 4.7% year-on-year in July, half the June increase, evidence, says ING economist Iris Pang, that Taiwan is "more prone to risk than opportunity." In surveys of the year ahead, the Nikkei Taiwan purchasing managers index found sentiment at a 22-month low. The currency, meantime, is down 3.2% so far this year.

Trump has already displayed a willingness to use America's security umbrella as leverage in trade talks with Japan and South Korea. He also has signaled that Taiwan might be a trump card versus China. First, Trump welcomed a debate on the "one China" policy. Then, he let Tsai make unusually long layovers on U.S. soil this month en route to Latin America. She visited NASA, from which Chinese officials are banned, in Houston. Tsai's stop at Taipei's de facto consulate in Los Angeles also seemed aimed at sending Xi a message.

Xi's government, in turn, stepped up efforts to further isolate Taipei. One strategy is ramping up efforts to strong-arm Taiwan's allies to side with Beijing. El Salvador recently succumbed, prompting the White House to rebuke China for "apparent interference" with Taiwan's affairs. Only 17 governments now recognize Taiwan as an independent power.

Beijing poaching a key supporter now, says Kelsey Broderick of Eurasia Group, is a "move to direct its ire at Taiwan, rather than the U.S., shows the careful balancing act that Xi Jinping is taking with the Trump administration." Call it geopolitical passive aggression.

Xi's government is also upping pressure on multinational companies to pick a side. In recent months, Beijing demanded that airlines describe Taiwan as part of China. Western icons including Goldman Sachs, Marriott, the Gap clothing store chain found themselves under pressure to scrub their websites.

Tsai was elected to create greater distance between Taipei and Beijing. Her predecessor, Ma Ying-jeou, spent eight years doing Xi's bidding. So keen was Ma to make nice with Beijing that he tried to ram through a trade deal skewed in China's favor in the dark of night. His acquiescence fell flat with voters facing slow growth and stagnant wages.

When Ma left office, be bequeathed Tsai an economy that had contracted for three straight quarters and no Plan B. Ma's strategy had been China, China, China. But more Taiwanese might have gone along if cozying up to Beijing had reaped dividends for the masses.

Taiwan has more to teach China than vice versa. Thanks to steady investments in human capital and personal freedoms, 23 million Taiwanese enjoy per-capita income three times higher than China. Reporters Without Borders ranks Taiwan 134 rungs above Beijing in press freedom, which curbs the corruption and opacity plaguing the mainland.

Yet two decades after beating the middle-income trap, Taiwan is having a mid-life crisis.

Its tech-driven economy had its heyday when personal computers were the rage. It was already losing ground after 2009, when smartphones and tablets disrupted the consumer electronics game. Taiwan found that low-cost hardware manufacturing would not sustain its living standards. That left Taiwan no option but to reinvent itself, focusing on innovation and creating new intellectual property.

Unfortunately, Tsai has slow-walked efforts to diversify the economy away from China. Tsai's moves to improve infrastructure and pro-business tweaks to labor laws added some economic energy. Generally, though, Tsai's government relied on exports, a strategy that proved lucky rather than correct. Now, Taipei must accelerate efforts to reduce its reliance on Chinese trade, an enterprise complicated by Trump's trade nihilism.

"This trade war is more than just a trade war," says Shih-Chung Liu, vice chairman the Taiwan External Trade Development Council. Rather, it is a battle for "future technology, supremacy, superiority and domination."

That is presenting Foxconn's Terry Gou and his fellow CEOs with a choice: shift production back to Taiwan or switch to trading partners other than the U.S. and China. Tsai's government has been laying the groundwork on a "New Southbound Policy." It deepens links with the 10 members of the Association of Southeast Asian Nations, six South Asian economies, Australia and New Zealand. Yet execution has been gradual, something Tsai's team must quickly remedy.

Another priority should be reaching out to Japan and South Korea, two other staunch U.S. allies experiencing now being cold-shouldered. Trump's tariffs of 25% on steel, 10% on aluminum and 25% on $50 billion of Chinese goods are generating intensifying headwinds. His threats of 25% taxes on imports of cars and parts are creating unprecedented uncertainty in Asian supply chains.

Taiwan's plight will worsen if Trump makes good on threats to target as much as $500 billion of Chinese goods. Xi's team might shift large blocks of imports into China from Taiwan to U.S. producers to curb the trade deficit.

There is a silver lining here: Trump's trade war is the wake-up call Tsai's government needs. The U.S.-China brawl, says Logan Pauley of The Stimson Center, a Washington think tank, "could potentially catalyze Taipei's trade portfolio diversification." In the short run, though, Taiwan faces the threat of getting trumped as Washington and Beijing battle over trade.