Although Han Kuo-yu, presidential candidate for the Beijing-friendly Kuomintang, or KMT, is currently trailing Taiwan's incumbent, Tsai Ing-wen, by more than 15 percentage points, the wave he has unleashed is a new Trump-like political factor in Taiwan that is bound to linger for many years.

To become mayor of Kaohsiung, his political launchpad, in November 2018, Han defied the odds by prevailing against Chen Chi-mai, a seasoned politician from the Democratic Progressive Party, or DPP, which had ruled the southern port city for nearly two decades.

But during his campaign for the local election, and subsequently as the KMT's presidential candidate, Han has been the antithesis of the party he represents. His erratic style quickly alienated the mainstream KMT, and several of the party's elite have distanced themselves from the outlier -- a decision that often earned them threats from Han's supporters.

Han's core of supporters consists primarily of low-to-middle class Taiwanese who have become disillusioned with the technocrat-driven status quo. For them, successive KMT and DPP administrations have failed to listen to the people, a view that may well have been compounded by nearly two decades of stagnant wages.

It therefore does not matter that their candidate is prone to touting impossible policies and making up outlandish claims, that he shows up late for work, that he has been criticized for his drinking, that he has not received an Ivy League education like many members of his party or that he has repeatedly insulted Taiwan's Southeast Asian workers.

All these traits are, in fact, welcomed by his core supporters, who also like his socially conservative values against disturbing foreign pressures -- such as the legalization of same-sex marriage or the promotion of Western-style liberal democracy -- that threaten to transform their universe.

Unprepared to reassure the U.S., which looks on warily for any renewed warmth to China, Han's top advisers have recommend he abandon a planned visit to the U.S. They concluded that a break with precedent -- every other KMT presidential candidate has made a journey to the U.S. to secure Washington's approval -- would be less damaging than a trip where Han is bound to damage his image with Taiwan's long-standing security guarantor.

But that, too, does not worry Han's core supporters, who want all of this -- continued U.S. ties, a globally engaged Taiwan -- to end anyway.

Taiwan's continued commitment to democratic values has become valuable in the ideological conflict that pits the Western world against revisionist authoritarian powers like China. Its ability to counter Chinese efforts to annex it is contingent on Taiwan remaining part of that alliance.

While Tsai is committed to continuing such a strategy, Han would very likely pull Taiwan from that effort and more closely integrate the country with China, with little chance of escaping once that process has been initiated. Much of the progress that Taiwan has made in terms of human rights and liberal values would also find itself under threat from Han and his conservative base in power.

Inspired by similar trends worldwide, Han's brand of populism is highly polarizing, an us against them stance held by his supporters who regard any criticism or perceived insult aimed at their candidate as a personal affront, an attack on class and identity.

Such a phenomenon has led to an unprecedented wave of online threats against not only Han's critics but also any opposing candidate in the January elections.

Rather than deplore such behavior, Han has remained silent, claiming against all evidence that the authors of such attacks are not his supporters. The endless divisions that have been sparked by the Han wave -- between the blue KMT camp and the green DPP one, and within the blue camp -- are likely to be welcomed by Beijing, which has lost faith in the traditional KMT's ability to act as a partner in its intention to annex Taiwan.

As an anti-intellectual, anti-elite politician with a confused set of policies at best, Han's strategy appears to be to fight the London School of Economics-educated President Tsai asymmetrically: aware that it would be impossible to challenge her on her policy platform, the Han camp is instead focused on monopolizing attention on the candidate himself.

If it succeeds, Han's campaign will neuter the political field by devaluing policy -- his weakest point -- while turning the election into a mere popularity contest.

The Han camp is betting on sufficient numbers of his highly motivated and mobilized core followers turning up to vote in January, combined with members of the public whose votes are influenced by a desire to counter the progressive values espoused by the DPP and those who have seen their pensions cut by Tsai's reforms.

Should all those forces converge, and if DPP voters are confident enough to believe that Tsai could not possibly be defeated by a buffoon that not enough of them bother to vote, Han could have a chance of repeating his upset from 2018.

Only this time, he would find himself in the Presidential Office, where his inexperience and unpresidential ruling style could have a serious impact on Taiwan's future. 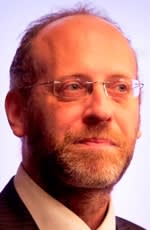 J. Michael Cole is a Taipei-based senior fellow with the Global Taiwan Institute in Washington, D.C., the Macdonald-Laurier Institute in Ottawa and the Taiwan Studies Programme at the University of Nottingham, UK. His latest book, "The End of the Illusion: Cross-Strait Relations Since 2016," was published in July.