Telenor can help Southeast Asia make its own decisions and try to enhance an open market place. (Photo by Yuichi Nitta)
CopyCopied

A potentially game-changing event has taken place in Southeast Asia's telecoms, showing that the regional economy is not doomed to be torn apart by the U.S.-China trade war and geopolitical rivalry.

Norway's Telenor and Malaysia's Axiata Group announced on May 6 that they are in the final stretch of talks to merge. A deal would create a customer base of some 300 million in nine countries across emerging Asia and beyond.

Combining the DNA of a leading European company with one of Southeast Asia's telecom champions would create an international partnership of the kind needed for further economic and technological globalization.

Moreover, it comes in a sector that both the U.S. and China have targeted as key to their futures -- and to their increasingly bitter trade dispute. This Europe-South East Asia merger suggests that global telecoms may not actually be speeding toward a world split between spheres of influence for Washington and Beijing as fast as pessimists fear. The optimists in the industry still have plenty of grounds for hope.

First, with Southeast Asia, like the rest of the world, gearing up for investment in fifth generation wireless networks, the reinforcement of the role in the region of a western company like Telenor means that local rules and practices are more likely to be influenced by western standards of transparency.

Admittedly, Telenor has learned about good governance the hard way. In 2016 it was criticized by an external accountants' report after Vimpelcom, its 33%-owned Russian subsidiary, was fined $795 million by U.S. and Dutch authorities for violations of the U.S. Foreign Corrupt Practices Act, in a case involving alleged bribery in Uzbekistan.

After the resignation of its CEO and general counsel, the Norwegian telco hired lawyers, consultants and accountants to rebuild its corporate culture and structure around good governance.

Assuming that the post-scandal Telenor will maintain high transparency standards, it could help ensure that the authorities in Southeast Asia deal openly with the huge contracts involved in 5G. This could curb the influence of China which has been accused of a lack of financial transparency in big projects including the lavish infrastructure schemes it has financed through its Belt and Road Initiative.

The Telenor-Axiata merger could strengthen the region's hand in dealing with competing equipment providers, including Huawei, the Chinese telecoms equipment maker, which is seen by some western officials as controlled by the Chinese authorities.

Despite the conspicuous absence of the U.S. from the Comprehensive and Progressive Trans-Pacific Partnership, or CPTPP, -- the free trade agreement that was supposed to promote transparent economic values in Asia and push back Chinese influence -- the remaining CPTPP members have forged ahead.

They still favor a multilateral framework that embraces transparency and high standards of governance over having to do private deals with Beijing -- or Washington for that matter. This applies in telecoms as much as other sectors.

Meanwhile, the merger of Telenor and Axiata could set off additional competitive consolidations in the regional telecoms sector. While, on the surface, this might seem like a move toward more oligopolies, in reality Southeast Asia's mobile telecoms market is very competitive, so newly-merged companies will have to be increasingly innovative and cost-efficient to prosper.

Telecoms can no longer compete just based on scale and price-slashing. The next round of competition will be focused on providing a good user experience; this will come down to how telecom companies use data, apps and platforms to deliver better services. The evolving digital landscape will require even the biggest groups to collaborate and allow open source access even, at times, with competitors.

Despite this, Singapore Telecommunications, the city-state's largest mobile network operator, has signed a memorandum with Axiata to jointly develop cross-border digital servers for mobile wallets and payment services. Even after the Telenor deal, the need to innovate will likely foster this Singtel-Axiata relationship, especially since Axiata already has 55 million mobile subscribers in Indonesia, which Singtel views as an opportunity.

Elsewhere, Singtel will look to expand its collaborative networks and innovation ecosystems with both local and foreign IT companies in places like the Philippines and Thailand, where it already owns significant shares in Globe Telecom and AIS, respectively.

This narrative aligns well with the policy objectives of the ten members of the Association of South East Asian Nations, which, through their Digital Integration Framework, are rightly aiming to work together to create multilateral standards and rules for e-commerce, data flows, privacy and security protocols. In this too, Telenor can play a big role, especially when its regional assets are pooled with Axiata's. 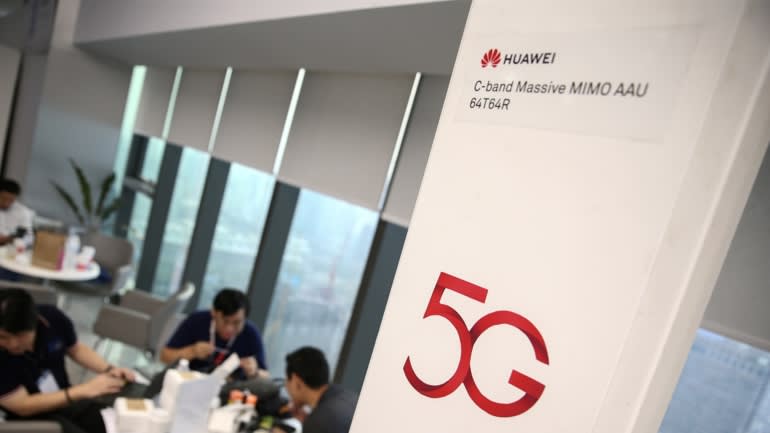 A Huawei 5G device in Bangkok: Southeast Asia must not become beholden to any one dominant supplier.   © Reuters

It is important to set rules for equipment providers, especially in 5G, given the scale of the investment. The region must not become beholden to any one dominant supplier -- whether it is Huawei or its competitors.

Recently, Singapore announced plans to mandate two separate contractors for the building of 5G networks, and these contractors will be required to collaborate with small and medium-sized companies in Singapore's burgeoning tech sector.

This ensures that Singapore will not rely on a single company, such as Huawei, for its 5G infrastructure, while allowing local businesses to be directly involved.

Singapore can thus avoid the unappealing position of having to choose between the U.S. and China, a problem that is plaguing so many of Washington's allies.

Singapore's approach to 5G, which is likely be copied in other countries in the region, relies on strong local telecoms operators, such as Singtel. The merged Telenor-Axiata business should be able to play a similar role in its countries of operation, including emerging mobile markets in Malaysia and Indonesia.

But success is not guaranteed. ASEAN has a long history of laying out grandiose plans for cooperation and often come up short. ASEAN's diversity makes consensus difficult. A long history of non-tariff barriers in key sectors, including telecoms and financial services, will need to be overcome.

Despite these challenges, a recent book, The Future is Asian, by Parag Khanna, argues that Asia's favorable economic geography, combined with the rise of competent, technocratic governments will make the region the world's most wealthy and technologically-advanced region.

Clearly, this process can be assisted by innovative and transparent foreign investors. In telecoms, Telenor can do its bit to help Southeast Asia make its own decisions and try to enhance an open market place -- one that is open to both China and the U.S. but free of the constraints that the two superpowers might want to impose.