Financial commentary is currently dominated by concerns that emerging markets are facing a repeat of the 2013 "taper tantrum" or worse -- a repeat of the 1997-1998 Asian crisis.

These worries have put leading emerging economies in Asia in the spotlight, including Indonesia and India, which have both seen their currencies weaken this year.

But emerging economies are diverse and defy generalization. Turkey and Argentina, which are together at the center of the current market storm, face challenges on a par with 1998.

For most other emerging economies, including all those in Asia, the strains are more routine. As in 2013, they must respond to a change in the global financial cycle. In 2013 they did this, painfully but successfully. They are doing so again now.

This is a testing time not only for emerging economies, but also for financial markets. Emerging economies are routinely grouped together as a single investment class, calibrated against a single composite indicator, such as the MSCI emerging markets index. This, however, confounds vastly disparate circumstances. Can investors distinguish between these different economies, including in Asia?

If not, there is a deeper issue in play. How can emerging economies keep their capital markets open if foreign flows are dominated by surges and reversals, driven by poorly based sentiment swings rather than proper analysis of individual economies?

One of the key lessons of the past decade is that capital flows to emerging economies are heavily influenced by circumstances in advanced economies, particularly the U.S. These foreign events are far more important than domestic happenings in the recipient economies. When American interest rates are low, capital flows readily, perhaps too readily, to almost all emerging economies -- to countries with weak policy frameworks, as well as to well-run countries with profitable opportunities.

When the American cyclical tide turns, a generalized "risk-off" reassessment reverses the flows. Competent emerging economies can adjust, meeting the outflows by using exchange rates as buffers, running down foreign-exchange reserves, tightening budgets and delaying investments. Growth slows, but this is the price of stability.

These countries accept that they must trim their sails to the prevailing global breeze. Not all emerging economies have this capacity. Warren Buffett's apt image is that low tide reveals who has been swimming naked. We observe this today. Turkey and Argentina have been swimming naked. Turkey's leader, rather than accept that growth has been too fast for a decade, is shouting defiance at foreign investors. Argentina, having defaulted on its debt in 2001, bought time by persuading lenient foreign investors that it had reformed its profligate ways. Eventually the pretense became patently unsustainable.

But for many other emerging economies, the current circumstances are part of a routine global cycle. Sooner or later, the U.S. had to shift its interest rates up, as it has been doing gradually since December 2015. Quantitative easing, with its abnormal expansion of central bank balance sheets, had to be wound back.

As usual, there are complications, deepening the "risk-off" gloom. President Donald Trump's tax cuts, providing excessive stimulus to an economy already at full capacity, raise the real possibility that interest normalization will be hastened, and some overshooting of policy interest rates may be needed to prevent overheating. Similarly, Trump's arm-wrestle with China over tariffs adds to the nervousness. China's own financial fragility can add to the downside risks. Terms-of-trade are shifting against commodity producers. The oil price is up, adding to import bills.

Markets never adjust smoothly, with any trend quickly becoming self-exacerbating. Investors are on edge, waiting to see what other participants do. The environment is ripe for contagion.

But how parlous is all this in practice? So far, at least, investors have easily distinguished the basket cases from the countries facing routine cyclical adjustments. We expect to see pressure on their current accounts, reflecting the terms of trade deterioration. Exchange rate falls are part of the fix. Interest rates are being tightened to balance both higher U.S. interest rates and pressure on exchange rates. Budgets are being trimmed. We expect to see an acceptance of somewhat slower growth.

This is precisely what we are experiencing in the Asian economies which have been unnecessarily singled out by commentators as "fragile."

Take Indonesia, for example. As the current account deteriorated, the exchange rate fell, but by less than 10% so far this year. Modest exchange intervention has contained this process, and the improvement in international competitiveness will be valuable. Foreign exchange reserves remain ample. Inflation is well controlled, able to absorb the exchange rate fall. The current-account deficit will be held within the informal limit of 3% of gross domestic product. The budget is being tightened. In other circumstances, domestic petrol prices might be raised, but this would be a big ask before next year's presidential election. Overall, there is a clear policy intent: Growth will be trimmed to maintain stability.

The story in India is similar. Again the fall in the exchange rate is around 10%. Much is made in media commentary that the rupiah and rupee exchange rates are both testing new levels, but this just reflects somewhat faster underlying inflation. A long-term downward trend is needed to preserve international competitiveness.

In advanced economies, these adjustments would be seen as normal. For example, the Australian dollar has fallen this year by much the same amount, but no one views this as a harbinger of disaster.

The contagion that characterized the 1998 Asian crisis is not evident. The Turkish lira and the Argentine peso took another downward dive in late August, taking them down around 60% over the past year. But the action in Asian currencies was minor.

So far, so good. If, however, investors fail to distinguish between Turkey -- led by an authoritarian president who defies conventional economics -- and Indonesia -- with its conservative adherence to economic rectitude -- then the notion of a global capital market cannot be maintained.

Maintaining market equanimity is not helped by the usual drama-laden financial commentary, but this is the nature of the medium. A more thoughtful analytical approach might be expected from the Institute of International Finance, the Washington-based bank lobby group. In June, the IIF assessed that the Turkish lira had already overshot its equilibrium. Now the lira is down a further 20%.

On the other hand, in August the IIF assessed Indonesia as "fragile" because it had received more than its normal share of short-term capital flows. If the vulnerability of these countries is judged crudely in terms of the volume of foreign inflow received, then the rational policy response would be to introduce short-term controls on inflows, along the lines of Chile's encaje unremunerated reserve requirements.

China has found it useful, especially during the exchange rate pressures of 2015, to be able to restrain capital outflows by tightening direct controls. Policymakers in other countries may well take note.

Financial analysts have long criticized such restrictions on free capital flows. But if they are to be avoided, a high degree of maturity needs to be maintained by market participants themselves. 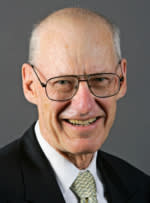 Stephen Grenville is a non-resident fellow at the Lowy Institute in Sydney. He was deputy governor at the Reserve Bank of Australia.