An alternative exists to military rule and entrenched political elite 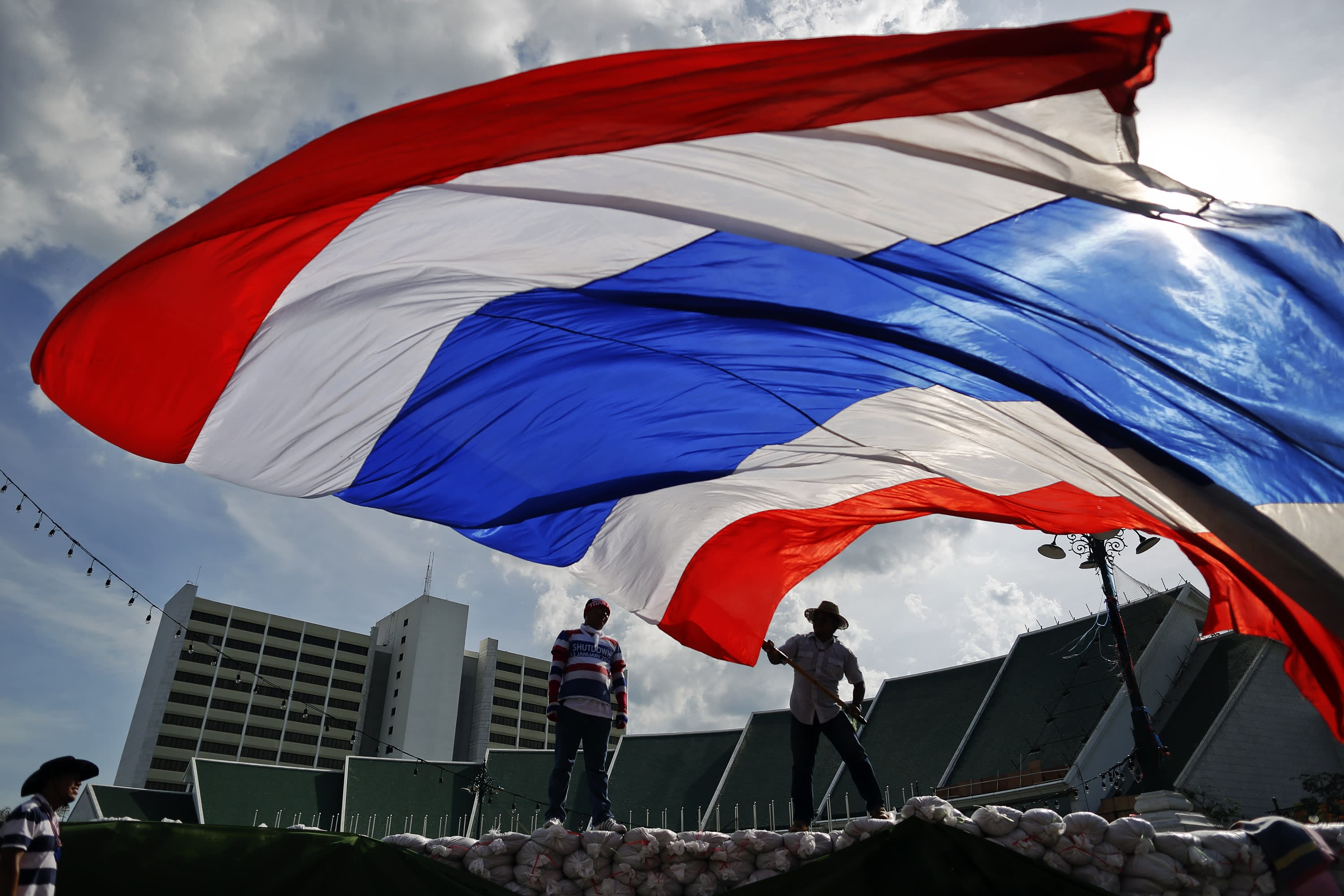 Thailand must get out of authoritarian rule either by the military or civilian elite if it is to become a full-fledged democracy.   © Reuters
CopyCopied

When I was 10 years old, I believed that the prime minister of Thailand must be a military officer, either a general or a field marshal.

Six decades have passed and today I still have a general as my prime minister. At the same time, income levels have risen exponentially since the early 2000s, driving Thailand from a low- to upper-income country. Despite yawning inequalities, the country is widely cited as a development success story. Yet, the latest in a string of military coups took place only in 2014, installing a regime that has held power since.

How much longer must Thai society accept the military's involvement in politics?

Thailand's absolute monarchy ended on June 24, 1932 through a coup d'etat. The protagonists were a small group of foreign-educated military officers and civilian bureaucrats. In modern times, we have been taught that an absolute monarchy is a thing of the past that is out of step with the contemporary era.

We have also been taught that every citizen must be subject to the rule of law, even the monarch. Under this system, the Kingdom of Thailand is supposedly structured on the basis of a constitutional monarchy with a democratic, representative parliamentary system.

It could be said that the first 50 years or so of what one could call the "aspirational period" of Thailand's parliamentary system was largely characterized by internal power struggles within the military leadership. There were periodic, short-lived civilian governments that were usually removed from power by military coups. The resulting military governments would then immediately proceed to draw up a new constitution while also issuing many legally binding executive orders, some of which are still in force today.

Influenced by the global movement of student revolts and mass protests in the 1970s, the Thai public, led by students, intellectuals and a rising middle class, have periodically challenged the military establishment to restore the country's democratic system. Non-elected civilian governments were appointed to oversee the various transitions to a multi-party system. But most of the parties were not democratic in terms of their organizational structures, since power was wielded by only a few politicians. Business interests strongly influenced the parties, which encouraged rent-seeking. The dominance of vested interests in the political landscape led to countless numbers of abuses of power and corruption.

In turn, the people would take to the streets to protest when it all got too much -- only to end up with military interventions, and then, the eventual return of a self-serving political class. As a result, the Thai public faced the alternatives of either military rulers who suppressed elected representative governments or a power-hungry civilian political elite that engaged in rent-seeking with its majority rule.

So in the 85 years since the downfall of absolute monarchy, Thai citizens have had to deal with outright authoritarianism of the military or authoritarianism in another form wielded by the civilian elite.

There must be a way out of this predicament if Thailand wants to become a full-fledged democracy.

One cannot rely on the military to voluntarily return to and remain in the barracks, nor on the political class to change its exploitative ways.

The task of transforming Thailand must therefore rest on the actions of its citizens, who must show that they are their own masters instead of being subservient subjects. For this, citizens must educate themselves by gaining full access to information about government services and tasks, including how the national budget is spent, how decisions are made and how they can have input. They must aspire to be be informed, consulted and also to participate in official decision-making processes on issues of common concern.

The strengthening of a Thai democratic citizenry cannot simply be achieved on its own, but needs advocates who should represent a third force between the military and the political elite. The task seems much easier to achieve with the advent of modern telecommunications that enable convenient and fast connections with the public through mobile phones, social media and other internet-based vehicles.

What is needed is a "third force" -- which could consist of like-minded people to get together to agree on a course of action and draw up a list of priority issues so that a national consensus can be reached on taking Thailand forward.

It took both South Korea and Taiwan barely 20 years to achieve their democratic political transformations. The fact that they are now developed and modern is because their ruling classes reached a consensus with society at large to agree on a transitional approach toward democracy. This included rejecting the military's traditional role in politics as well as resisting other forms of authoritarian rule. In these countries, participation, consultation and deliberation became key elements in political transformation and subsequent changes in people's ways of life.

A Thai "third force" could pursue similar objectives and create a consensus that supports such a process of change. Thailand's leaders have promised elections next year. But given the current official ban on political activities, such a force for now could only really be a movement of like-minded people. Instead of the ballot box, their vehicles could range from social media to word of mouth. For the many Thais who seem to care, the crucial step is to start thinking -- now -- of how a third force can best utilize the promised return to participatory democracy.

In the pursuit of democratic political transformation, a third force movement should also aim beyond simple political change. It should collectively agree on a framework and basis for social and economic transformation, through public consultation, debate and joint decision-making.

The priority socio-economic issues should be pursued under the concept or principles of equalization, inspired by the best elements of Germany's achievements on development of the former East Germany, and the non-partisan approach taken by the Netherlands on matter of vital national interests, such as its management of waterways.

If South Koreans and Taiwanese were able to achieve such transformation, then it is about time that Thailand does the same. With the right approach, there is no reason why Thai citizens cannot enjoy a successful and vibrant democracy.