Even if elections clear the political air, country will struggle to reshape economy 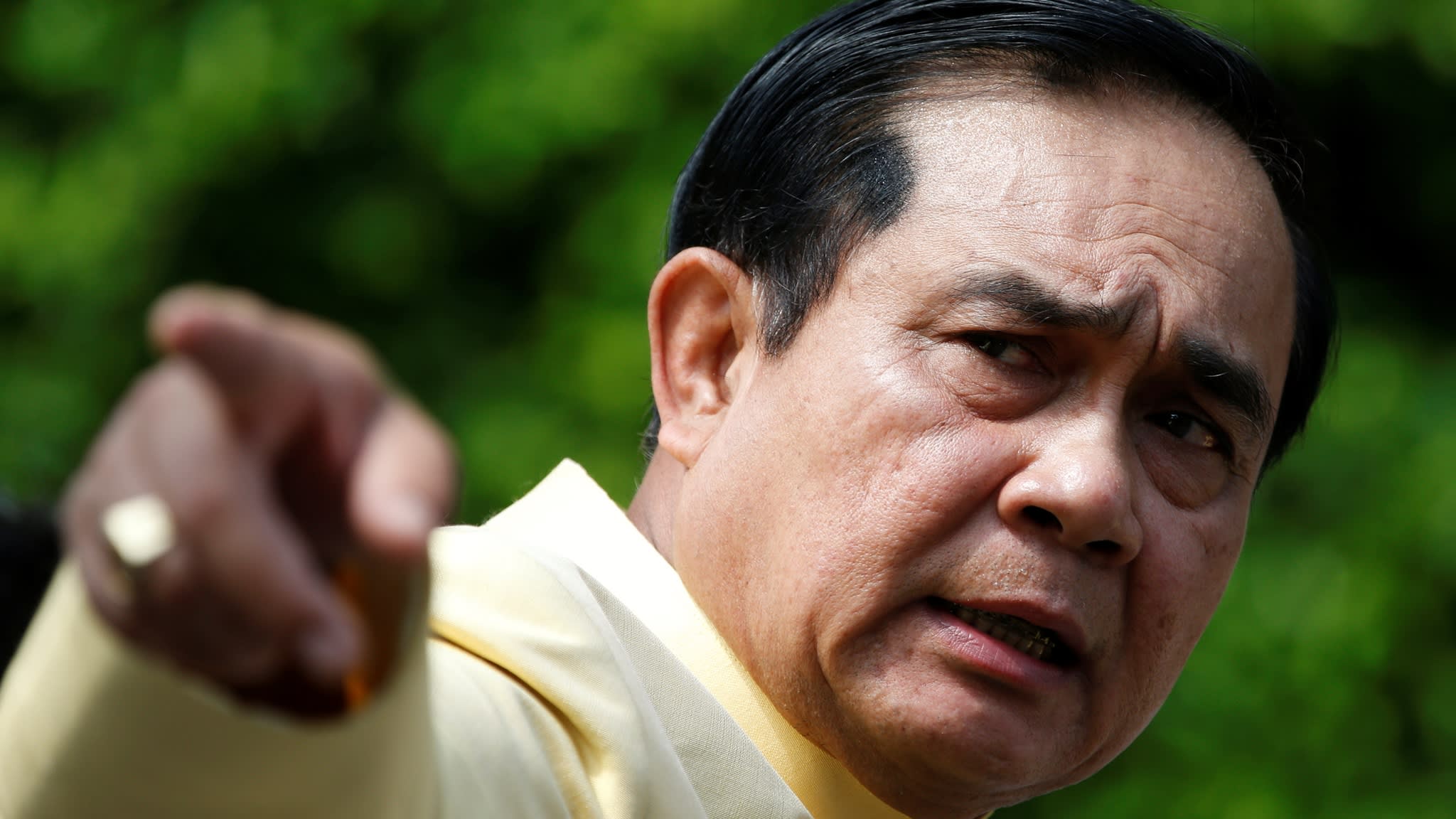 Thailand's leaders make it all too easy for economists on the hunt for populists.

That, unfortunately, includes the current military regime, which grabbed power in 2014 to stabilize one of Asia's most-promising economies politically and lay the basis for future growth.

General-turned-Prime-Minister Prayuth Chan-ocha sought to correct two problems: halt the revolving door that spat out nine governments in eight years and end the populist policies that saw Thailand falling behind regional economies it once led.

Prayuth and his men succeeded with their first aim, but the second is going awry even as the nation prepares for a long-awaited election that might come on Feb. 24.

"Might," because Prayuth & Co. are already hinting at a delay, betraying the junta's determination to retain power. Worse, the junta is resorting to those same populist economic policies it claimed to abhor when it commandeered the government nearly five years ago. This time it is cash for farmers -- who, together with their families, account for nearly half the 69 million population.

Moreover, so thick in handout pledges has the political air been for years, that it is hard to see how even a change of government could, in the current climate, bring a change of direction. That is bad news for Thais -- and for foreign investors.

The ground was well prepared by previous leaders, none more than Thaksin Shinawatra in 2001-2006.

The larger-than-life billionaire-turned-politician did not invent populism. But the playbook he practiced in Bangkok worked for a while and provided a baleful example for future anti-establishment leaders from Rodrigo Duterte in Manila to Donald Trump in Washington and Jair Bolsonaro in Brasilia.

Thaksin slammed the political elite and urban tycoons for hogging the lion's share of benefits from decades of rapid growth. But instead of restructuring the economy to better serve the poor, he pumped public funds into rural communities and promised universal health care. Instead of investing in education to increase productivity, Thaksin treated only the symptoms of a deepening malaise, papering over the cracks to keep Thailand's poorest voters loyal.

The record of the fast-growth 1960s and 1970s, when Bangkok wooed automakers to morph Thailand into the "Detroit of Asia," was forgotten. An opportunity to revive that dynamism was missed after the 1997 Asian crisis when leaders, even before Thaksin, opted for politically-targeted handouts over structural reform.

The costs of Thaksinomics, who was ousted in a 2006 coup, are still being counted. Governments came and went in a blur. Bangkok was repeatedly brought to a standstill by protests pitting pro-Thaksin "red shirts" against opposing camps donning yellow. Thaksin-style populism remained in vogue, not least with Thaksin's baby sister Yingluck Shinawatra (2011-2014) who offered an extreme example -- a huge rice-support program which involved buying crops at a 100% premium. Like her brother, she, too, fled the nation.

Now it is Prayuth's turn to make the same mistakes. He plans to set aside $32 million to stabilize palm oil prices and to give 500 baht, or $15.70, handouts to 14.5 million Thais, mostly poor farmers. While hardly staggering amounts for a $483 billion economy, these moves smack of populism.

This is not the first bad signal. Prayuth's decision in August 2015 to hire Thaksinomics architect Somkid Jatusripitak as adviser baffled observers who hoped Thai populism was defeated. So did Prayuth's 2016 welfare scheme for rural communities.

Prayuth clearly thinks stability is reform enough. He has let the competitiveness gap with other Southeast Asian states widen.

Crucially, for fear of vested interests, he delayed restructuring an education system out of sync with the modern information economy.

On the other hand, Thailand suffers from a dearth of lower-skilled workers who can in the meantime participate in the export-related assembly lines that drive 60% of gross domestic product.

Prayuth has indeed talked big about pushing the nation upmarket. His "Thailand 4.0" plan aims to transform the economy into a "smart digital hub." Bangkok is a major force behind the so-called Eastern Economic Corridor, a centerpiece of moves to attract high-end investment and raise Thailand's 3.3% year-on-year GDP growth rate.

But implementation has been glacial. Prayuth has failed since taking power to get average growth back to the 5-6% range, where it once was, and which is needed to propel Thailand into the ranks of high-income economies by 2036, as Prayuth himself demands.

As well as growing faster, Thailand needs to grow better. It needs policies that spread the benefit of today's output more evenly and to spur innovation. This is why education matters so much.

Prayuth's election plans will do none of that. New handouts will not move per capita income -- $6,500 in nominal terms -- any closer to the $10,000 mark associated with middle-income status. Bangkok could be stuck far below that threshold for years thanks to the policy paralysis of the last two decades.

Between 2010 and 2016, Thai productivity per worker fell behind Indonesia, the Philippines, Vietnam and other regional peers it once outperformed. U.S. President Donald Trump's trade war with China will make it harder to recover lost ground.

In a report last month, Credit Suisse named Thailand the world's most unequal nation. Its main contention: the richest 1% hoards 67% of the nation's wealth. And yet, rather than level the playing field or police monopolistic behavior, the junta is handing out money to the other 99% to keep them quiet.

Might the election help? Voters are looking at a three-way race pitting the pro-junta Palang Pracharat Party against the pro-Thaksin Pheu Thai Party and the urban establishment-friendly Democrat Party. Constitutionally, Prayuth's government must hold a contest by May 9. But any delay beyond February might give the junta greater scope to divide, conquer and retain power. It will be tempting for Prayuth to play this game.

Yet it is now less about who holds the reins in Bangkok than what they do with them. As long as the short-termism of the past two decades dominates policymaking, the next few years for Thailand will be characterized by further loss of competitive ground rather than any kind of real recovery.