Thailand needs younger leaders to move beyond coups and corruption 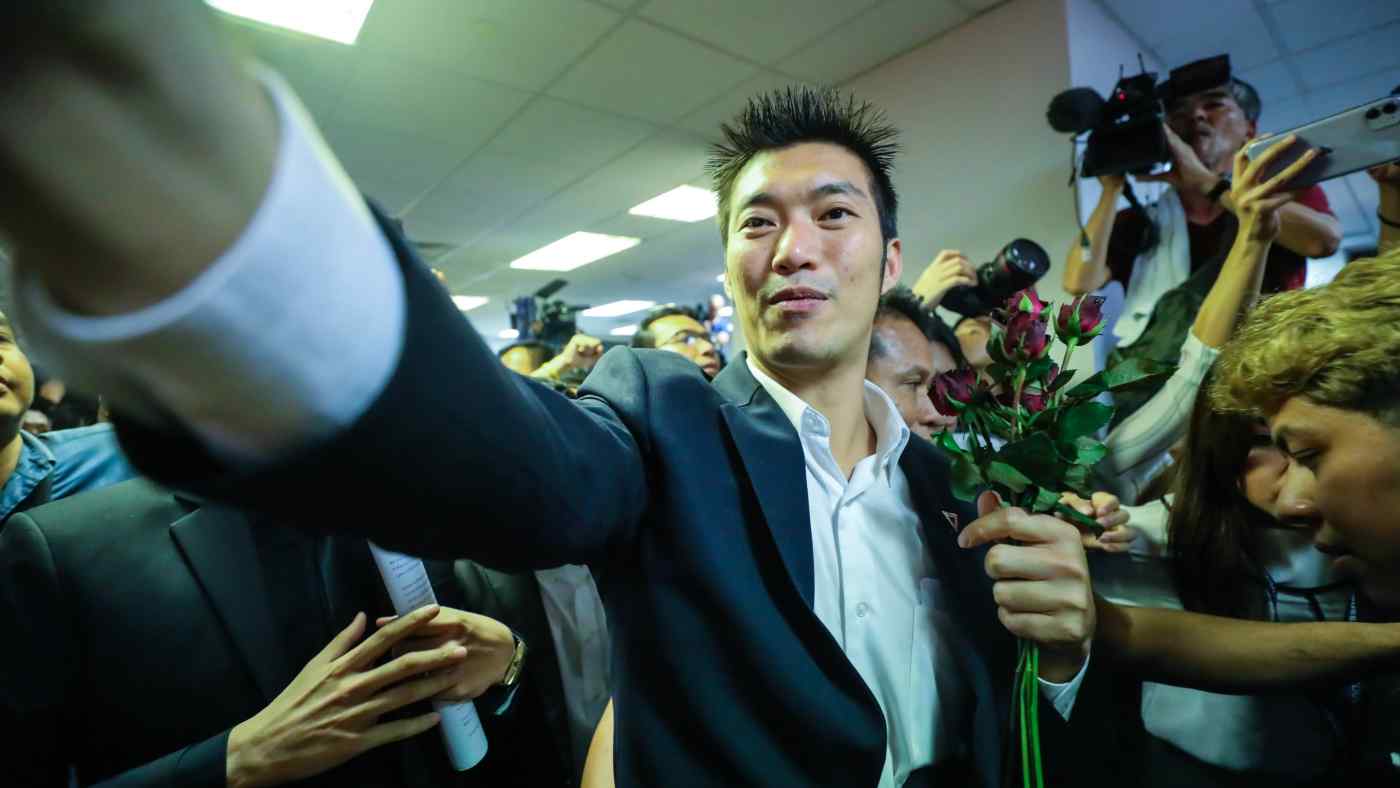 Thanathorn is the new Thaksin in Thai politics. (Photo by Akira Kodaka)
CopyCopied

Five completed elections, two military coups and a series of judicial interventions amid street protests colored in yellow and red: having gone through so much tumult and turmoil over the past two decades, Thailand is poised to enter yet another round of confrontation in the prolonged reckoning over its political future.

Although Thailand's constitutional court decided not to disband Future Forward, a vibrant new political party, on Jan. 21, many more attempts on the party's legitimacy lie in wait, so it is time to consider how -- or whether -- the country can move past infighting and polarization.

The structure of the Thai political conflict has pitted established centers of power around the military, monarchy and judiciary against progressive opponents from political parties and civil society voices who want democratic rule, not an authoritarian order. Unless reforms of traditional institutions take place to meet popular demands and 21st-century expectations, Thailand risks sliding into longer-term autocracy and economic stagnation.

For much of the first round, from 2005 to 2019, Thailand's conflict was driven by the political and business networks that lined up behind Thaksin Shinawatra, a telecommunications billionaire who led his Thai Rak Thai party to poll victories in 2001 and 2005. The latter was an unprecedented reelection after a full term and was the first one-party government.

As Thaksin towered over Thai politics, his pro-establishment adversaries took him to task not only for his conflicts of interest and abuse of power but also for his broader challenge to the status quo, for example by promoting loyalists into top military posts and bureaucratic positions. Yellow-clad anti-Thaksin demonstrators took to the streets, paving the way for the military coup in September 2006.

Over the next decade, with Thaksin in self-imposed exile, power shifted among proxy leaders, including his sister; a government supported by the military, yellow-aligned conservatives and royalists; and another military coup in 2014.

Round two has now started after five years under military government, led by General Prayuth Chan-ocha, capped by an election. The junta concocted a constitution that effectively authorized the ruling generals to pick one third of the 750-member parliament which chooses the prime minister.

But Prayuth faces fresh opposition, particularly from the newly minted Future Forward party and its leader, Thanathorn Juangroongruangkit. An organic party of younger voters, Future Forward came in third with 81 of 500 lower house seats in the latest election, behind Pheu Thai's 136 and Palang Pracharat's 116.

As his party stands squarely against military interests, calling for the abolition of conscription and transparency in the arms budget and procurement, Thanathorn unsurprisingly has been disqualified by the constitutional court as an elected representative -- for having owned shares in a media company.

Even after the victory on Jan. 21, Future Forward faces a slew of charges that could eventually lead to disbandment, including relating to the party's startup loan from Thanathorn, a transaction declared in writing for transparency reasons. By comparison, Palang Pracharat staged a $20 million fundraising dinner that seemed to have contravened charter provisions without due scrutiny.

Critical to Prayuth's retention of power are the junta-era appointees at the election commission, constitutional court and an anti-corruption body. Ostensibly promoting accountability, these agencies appear to have undertaken decisions invariably against Prayuth's opponents.

The double standards in Thailand's justice system and constitutional considerations are not new. They have only become downright open and ugly.

Thanathorn is the new Thaksin in Thai politics. What he and Future Forward's 6.3 million voters stand against is the outdated Thai political order -- which had its merits during the Cold War when the fight against communism was paramount and existential -- that privileged coups and generals.

A new Thailand that satisfies popular grievances and tackles the economic and technological challenges of the new era must derive from democratic rule that caters to public demands and expectations.

Thailand needs an economic upgrade and a growth strategy. The government's earlier plans for "Thailand 4.0" and the Eastern Economic Corridor have lost momentum, and Thailand needs to adjust to the Fourth Industrial Revolution, facilitating foreign investment in new tech and encouraging local innovation, education and skills. These can be difficult to do for authoritarian governments unfriendly toward freethinking younger people. A construction site of the Eastern Economic Corridor in Chonburi, pictured in July 2019: the government's plan for the industrial zone have lost momentum.   © Reuters

That Future Forward will be dissolved seems a foregone conclusion. At issue is whether its younger supporters, in conjunction with older folks from the middle class, civil society and business, who have seen nearly two decades of their country wasted by crises and coups, will rise up in the face of such disenfranchisement.

This brewing confrontation is also taking place under a new reign when the immense moral authority of the late monarch, King Bhumibol Adulyadej, is not readily able to provide the usual backstop.

Unless and until Thailand's old guard can recognize an enlightened self-interest in adjusting to and accommodating those who want Thailand to get back on its feet in a democratic future, tensions will mount and old assumptions about how coups can reset the scene may no longer hold.

Thailand's 2020 is unlikely to be smooth and bright but if its key players are willing to compromise by revamping the constitution for a level-playing field, the natural hub of Southeast Asia can still stand out and avoid being an also-ran by the end of the decade.