Thailand's 'Hunger Games' crisis has its roots in dismal economics 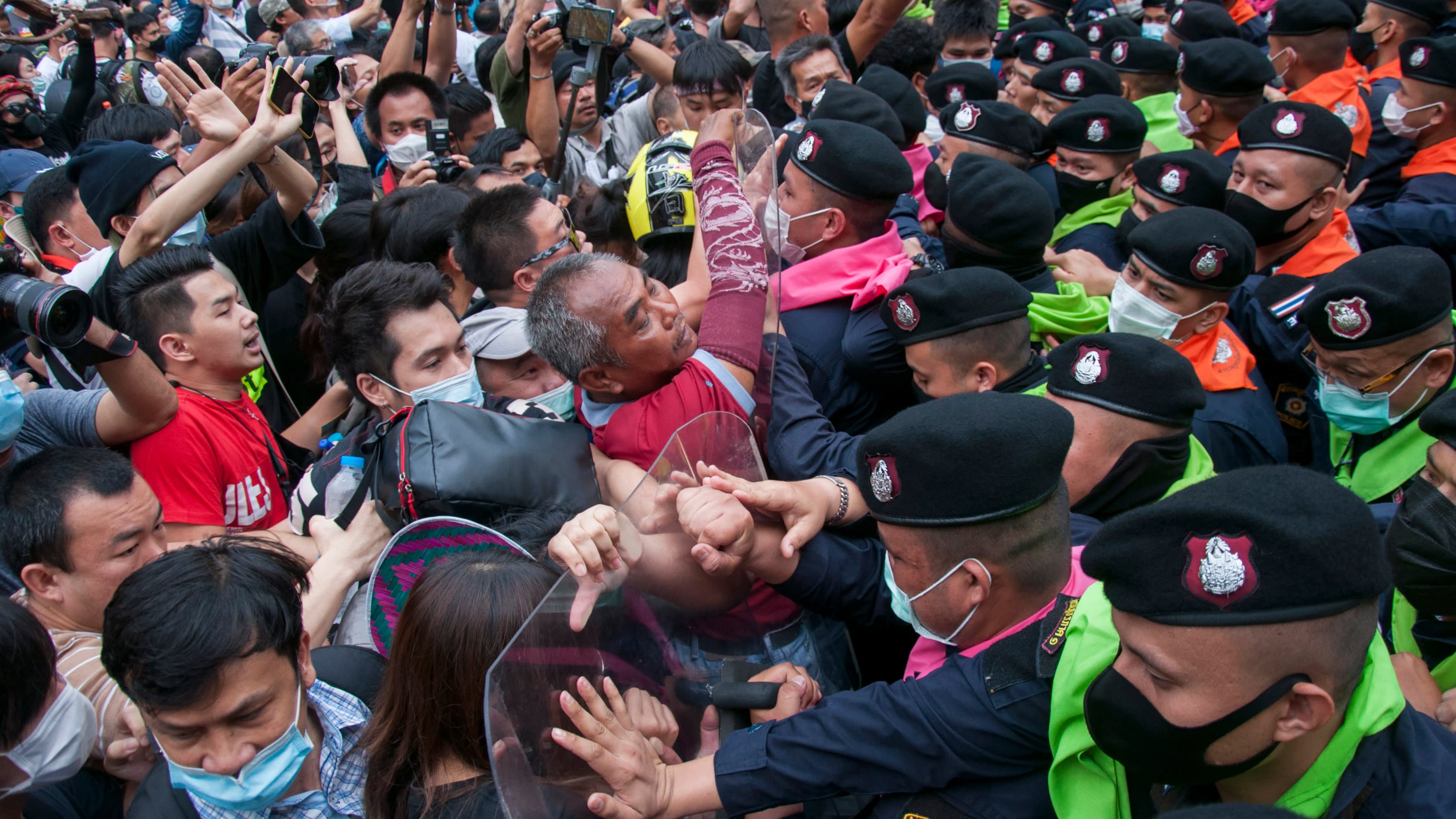 Protesters clash with riot police officers in Bangkok on Oct. 16: it all comes down to the economy.   © Sipa/AP
CopyCopied

As Thai youth take to the streets, the three-finger Hunger Games salute is being flashed at the nation's leaders and the royal motorcade. The defiant gesture is trending on social media, too, as the military government that grabbed power in 2014 proves unable to stem worsening inequality.

When the junta seized control, the stated reason was to restore order so that Thailand's battle-scarred economy could be rebuilt. Six-plus years on, General-turned-Prime Minister Prayuth Chan-ocha is giving coup leaders the same old bad name.

Men in uniform typically have a plan when they oust elected leaders. They seek to get big things done and advance through political quagmires in ways parliamentary votes cannot. Turns out, taking power was the only plan this latest gang had. If you think: OK Thais have seen this movie before, think again. Prayuth's men are betraying a spectacular unreadiness for negative economic growth.

Granted, COVID-19 fallout is slamming economies throughout the region. But Thailand looks stark naked as Warren Buffett's tide goes out. As Sage of Omaha once said, it is only when the tide goes out that investors can see who has been suitless. With growth sliding into the red, Prayuth's team is being exposed as skinny dippers unequal to Thailand's economic troubles.

Economic turmoil was, after all, behind the 12th coup Thailand experienced since the 1930s. In this case, all roads lead back to 2006, when another military gang ousted populist Prime Minister Thaksin Shinawatra. Over the previous five years, the billionaire-turned politician sprinkled untold billions into rural communities to buy support. Thaksin's moves to neuter democratic institutions in service of his telecom empire drew comparisons to Italy's Silvio Berlusconi and angered urban Thais. Thaksinomics poured gasoline on an already raging elite-versus-rural divide, fueling epic protests.

As the revolving door spun, efforts to retool the economy stood still. Government after government pledged to curb corruption, increase efficiency, stimulate innovation, modernize education and reduce the military's role in business. Mostly, though, leaders relied on exports and ever-increasing tourist arrivals, which together drive 70% of gross domestic product.

This strategy then hit a COVID-19 wall. So has trust in Prayuth's capacity to get anything big done to ensure Thailand keeps pace with neighboring Indonesia, Malaysia, the Philippines and Vietnam. Or to avoid the middle-income trap as dreams of reaching $10,000 per capita income take a nightmarish turn. It is now around $7,800.

The return of protesters to the streets reminds us that it all comes down to the economy. Thailand 4.0 sounds grand, but where are the results? If Prayuth's men had been as serious about cultivating a vibrant startup scene or implementing giant infrastructure projects as they are battling dissent, they might not be facing so many three-finger salutes. If they had done more to sate young Thais' hunger for a brighter and more prosperous future, Bangkok might not be overwhelmed by a sea of dueling red and yellow shirts.

Young Thais are even tiptoeing up to the greatest of cultural taboos: chiding the royal family. On Wednesday, Thailand declared a state of emergency after protesters obstructed a royal motorcade. Strict lese-majeste laws can get you 15 years in jail.

The haves-and-have-nots divide that Prayuth failed to address is a powder keg that may be blowing up anew. Yet this is not just a sequel. Many Asian countries risk suffering a lost decade of economic stagnation to come. In Thailand's case, a decade-plus of internecine squabbling virtually ensures the next 10 years will fail the nation's 70 million people.

Young Thais are waking up to this government's political maneuvers. The 2019 election, for example, was sold as an end to military rule. It was merely a ploy to legitimize Prayuth's claim to power. Since then, a court very conveniently disbanded a key opposition party. A new constitution all but guarantees that the military-linked regime could rule indefinitely. 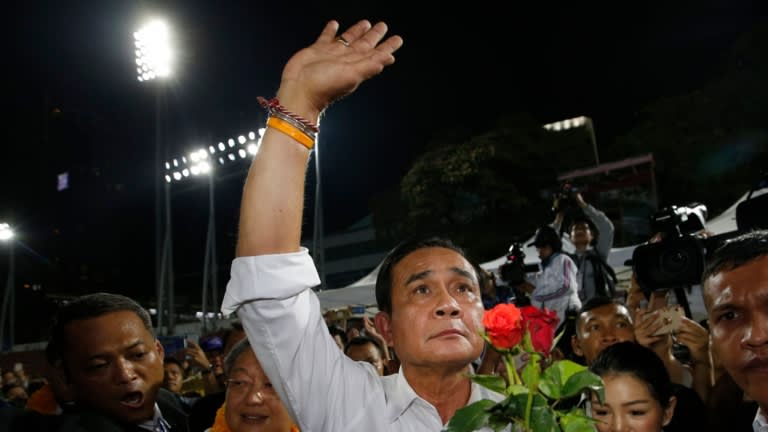 Prayuth Chan-ocha waves to supporters in Bangkok in March 2019: the election was a ploy to legitimize Prayuth's claim to power.   © AP

Hence, the return of student-led demonstrations that raise questions about how far Thailand has come since 2006. Amid calls for Prayuth to resign, some are speaking out against the monarchy of King Maha Vajiralongkorn. This is a tension that did not exist in 2006 or 2014. It is quite the wild-card.

But then so is the specter of millions of young Thais perhaps channeling their inner Katniss Everdeen, the Hunger Games hero actress Lawrence made famous. How tolerant will a bunch of career military men be to large-scale protests? Clampdowns on the scale of Hong Kong -- broadcast live on the BBC -- could have investors and multinational companies looking for safe harbor in Indonesia or Vietnam, adding to Thailand's COVID-19 woes.

Given how poor a job Prayuth and his men have done upgrading the economy, expect this turbulent game to continue for years to come. And without a happy ending.