Thailand's monarchy must learn to coexist with democracy 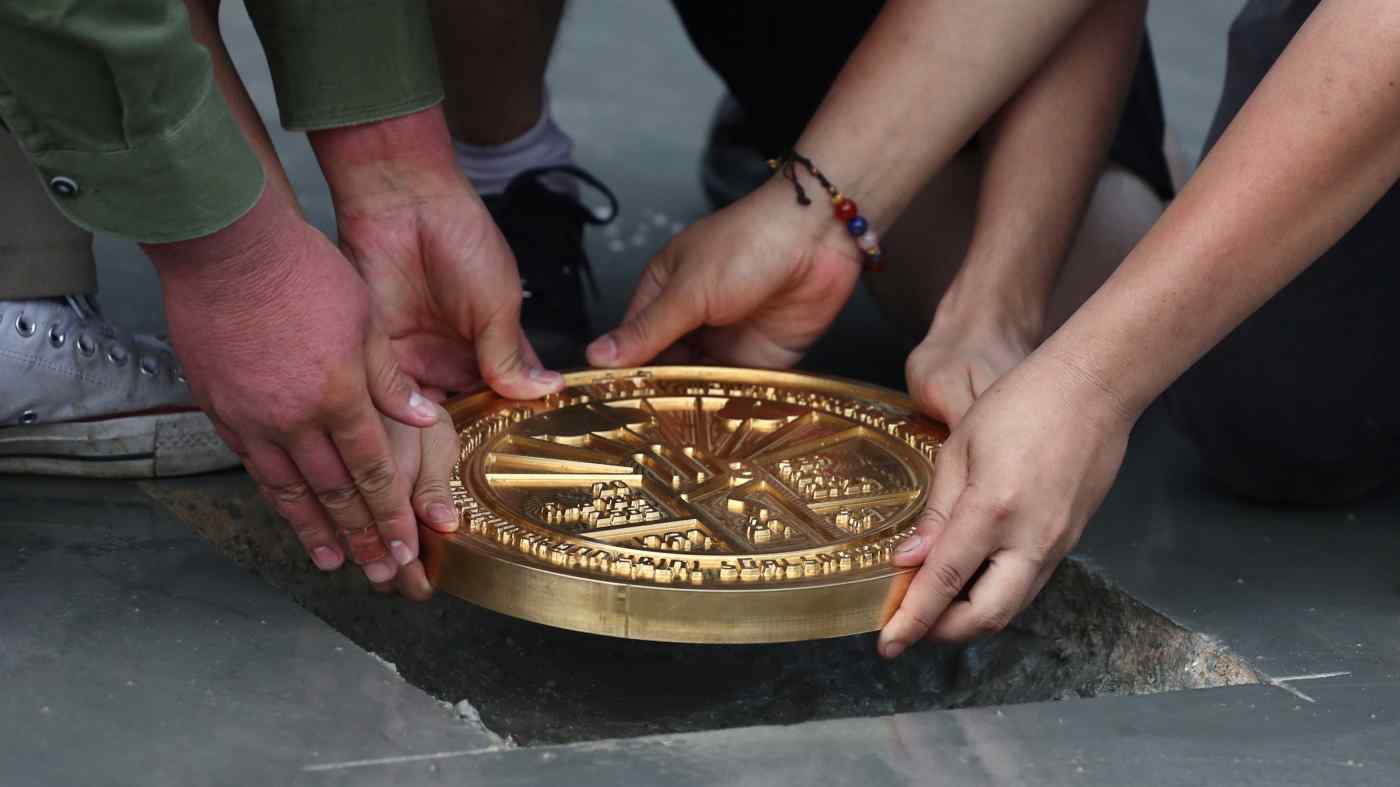 Protest leaders install a plaque declaring "this country belongs to the people" during a mass rally near the Grand Palace in Bangkok in September 2020: they retaliated.   © Reuters
CopyCopied

George Orwell once said that whoever controls the past controls the present. Both sides of the current Thai political conflict have taken this message to heart and are fighting to gain control of the nation's history.

In the latter half of 2020, Thailand experienced a wave of large-scale student-led protests. While the country is no stranger to political demonstrations, the demands of the new generation of protesters are unprecedented in Thai history: they are openly calling for reforms of the monarchy. Any criticism of the king is, however, prohibited by one of the harshest lese-majeste laws in the world, which last month saw a former civil servant sentenced to the longest-ever jail term of 43 years and six months.

To assist in their rhetoric for reform, the students look to Thai history. Their most obvious predecessors are the People's Party, which carried out the revolution in 1932 that transformed Thailand from an absolute monarchy to a constitutional monarchy. At the same time, pro-establishment groups point to the historical merits of the monarchy, including leading troops into medieval battles preventing Thailand from being colonized by western imperialist powers. Both sides utilize history to legitimize the present; thus, whoever gains the upper hand in promoting their version of history could win the political conflict today. This battle over Thai history is being waged on two main fronts: the material and the ideological.

Both sides of the Thai political conflict have engaged in destroying or creating historical materials that suit their vision of Thailand. In fact, this contest predates the 2020 protests. Multiple artifacts of the People's Party have been removed. In 2017, it was discovered that the People's Party commemoration plaque was mysteriously replaced with a new plaque bearing a pro-monarchy message. In 2018, the Fifth Constitutional Monument was "relocated" but never reappeared. In early 2020, statues of Phraya Phahonphonphayuhasena and Plaek Phibunsongkhram, two leaders of the People's Party, were taken down and replaced by a statue of Bhumibol. Around the same time, the Phahonphonphayuhasena Artillery Center and Fort Phibunsongkram in Lopburi province were renamed as Fort Bhumibol and Fort Sirikit, Vajiralongkorn's mother.

On Sept. 20 last year, protest leaders retaliated. They installed another plaque outside the Grand Palace. At the center of the plaque is a hand holding up the three-finger salute, circled by the inscription, "The people have expressed that this country belongs to the people, and not the king as he has deceived us." This sentence was originally part of an announcement by Phraya Phahonphonphayuhasena on the day of the 1932 revolution. While the three-finger plaque was quickly removed, its images quickly spread and became a symbol of the protests. 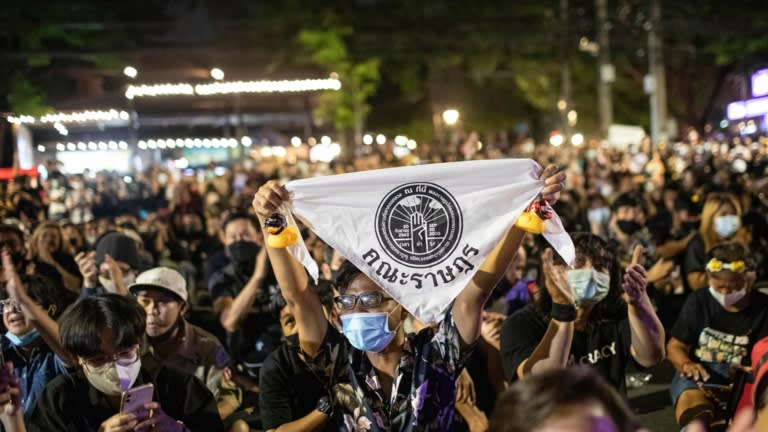 A pro-democracy protester hold a scarf depicting the three-finger plaque during a demonstration in Bangkok in November 2020.   © Sipa/AP

The importance of material history has been brought into focus in various contexts, especially in the Rhodes Must Fall campaigns at the Universities of Cape Town and Oxford, and the vandalism of statues during the recent Black Lives Matter protests. Historical objects are not only reminders of the past, but their physical existence keeps certain stories in the main historical narrative of a community, which is crucial to the community's understanding of itself. In other words, relics can affect the narrative of historical nation-building and, by extension, the foundation of a country today. The removal of objects and namesakes of the People's Party is a deliberate attack on Thai democratic history and presence. The new three-finger plaque is not only an adamant refusal to allow its erasure from Thai history but also a physical manifestation of today's calls for democracy.

Here is where the material battle bleeds into the ideological. Commoners' statues and historical relics of non-elites are evidence that the nation consists of, and was built by, the people. If such objects are destroyed and replaced by royal ones, the historical narrative of the Thai nation shifts. The people disappear. Thailand becomes a land of the king, owes its existence to the king, and is defined by the king.

This ideological battle extends beyond historical objects. Every account of history contributes to a certain perception of the Thai nation today. For instance, pro-democracy intellectuals argue that Thai history textbooks too readily focus on the monarchy and gloss over important democratic events and people's histories. In the internet age, however, the establishment's monopoly on information dissemination is destroyed. Many academics are now promoting a new narrative of Thai history that highlights the importance of the people. The history of Thai nation-building can have real political consequences today. Should Thai people revere the king for preserving their land, or should they -- as the founders of the nation -- demand at least the freedom to criticize their head of state? The historical conflict becomes a battle about what the Thai nation was and is.

I do not pretend to know who is behind the removal of the People's Party historical objects, but I would urge them to give democratic materials and ideology their historical space. There is a possible narrative of Thai history in which both the people and king are honored for their role in constructing the nation. Monarchy and democracy are not mutually exclusive by nature -- they can and do coexist both in history and the present.