Gains over the last half-century must not be undone 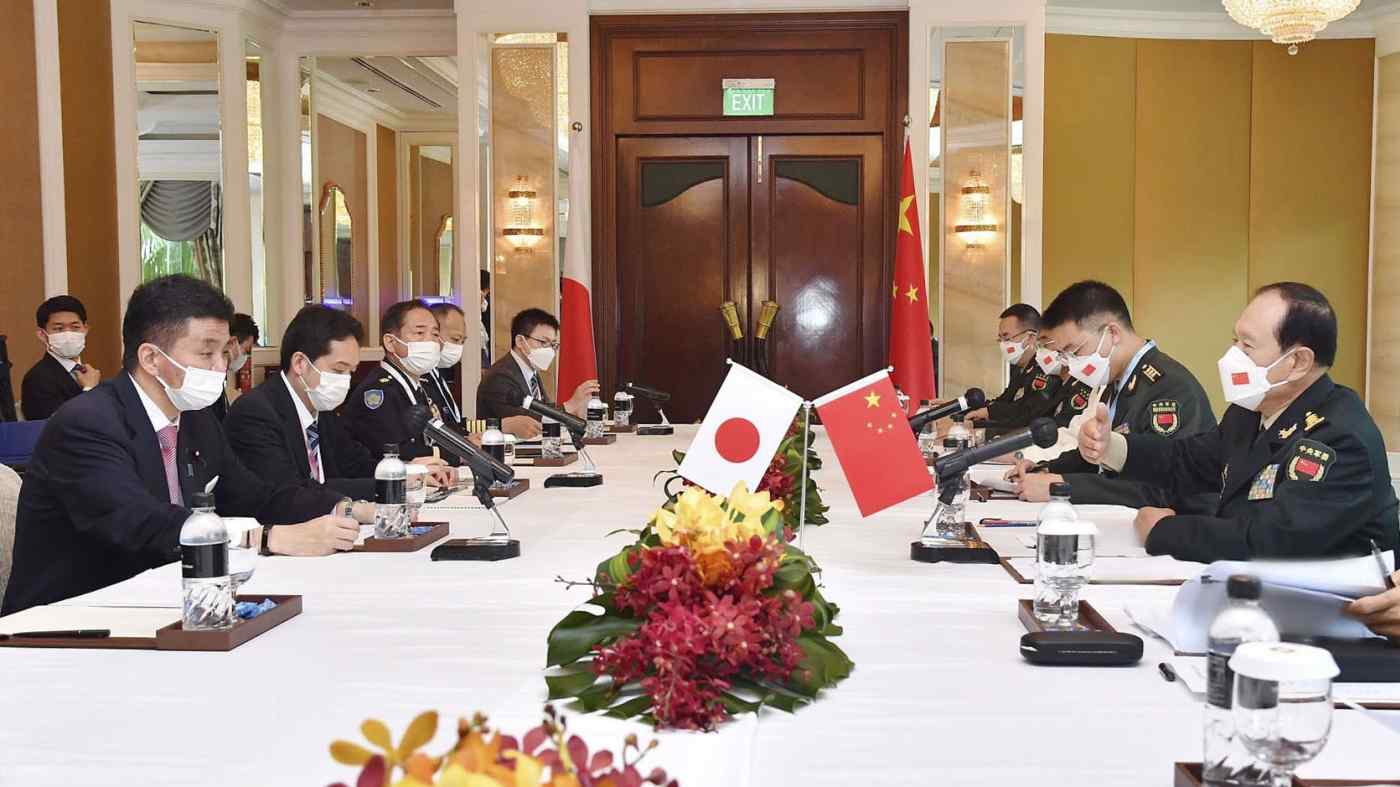 Fifty years have passed since Japan and China normalized relations in 1972. However, few are inclined to look back over the past half-century and feel pleased with the progress in bilateral relations. The biggest factor spoiling the mood is a sense of distrust over foreign policy and security issues. Japan and China need a forum that allows for frank dialogue and honest exchanges.

On June 12, Japanese Defense Minister Nobuo Kishi met with his Chinese counterpart Wei Fenghe in Singapore. It was the first face-to-face meeting between the Japanese and Chinese defense chiefs in two and a half years, itself a step forward. The problem was the content of the talks: The two countries are still far apart on matters related to the East China Sea, including the waters around the Senkaku Islands; peace and stability in the Taiwan Strait; and China's militarization of the South China Sea.

Especially troublesome are the series of joint military activities conducted by China and Russia, including the long-distance joint flight of strategic bombers near Japan in late May. Kishi described the exercises as "demonstrations of force against Japan" and conveyed his grave concern.

Russia's invasion of Ukraine has drawn international condemnation. If China strengthens its military cooperation with Russia in East Asia, the very foundations of the region's security could be destroyed. Beijing should exercise self-restraint.

Kishi called Russia's invasion "a clear violation of international law, including the United Nations Charter," and called for China, a permanent member of the Security Council, to play a responsible role in maintaining the peace and security of the international community.

U.S. President Richard Nixon's groundbreaking visit to China in February 1972 paved the way for Japanese Prime Minister Kakuei Tanaka to fly to Beijing later that year. Japan and China normalized relations through a joint statement issued on that September 1972 visit.

Beijing made the bold decision to overcome the differences in political systems and strengthen ties with Washington and Tokyo. The choices made 50 years ago rewrote global history and brought economic prosperity to China. That history must not be undone.

The 50th anniversary of the normalization of Japan-China ties will come in three months, but neither side is in a mood to celebrate. Security concerns also weigh heavily on economic cooperation and cultural exchanges between the two countries, which have grown closer over the past half-century.

Both sides should use the defense ministers' meeting as an opportunity to promote confidence-building dialogue, step by step. The creation of a hotline to avoid accidental clashes between the Japan Self-Defense Forces and the Chinese military is also an urgent priority. Japan and China come from very different viewpoints, and thus need an honest exchange of views.