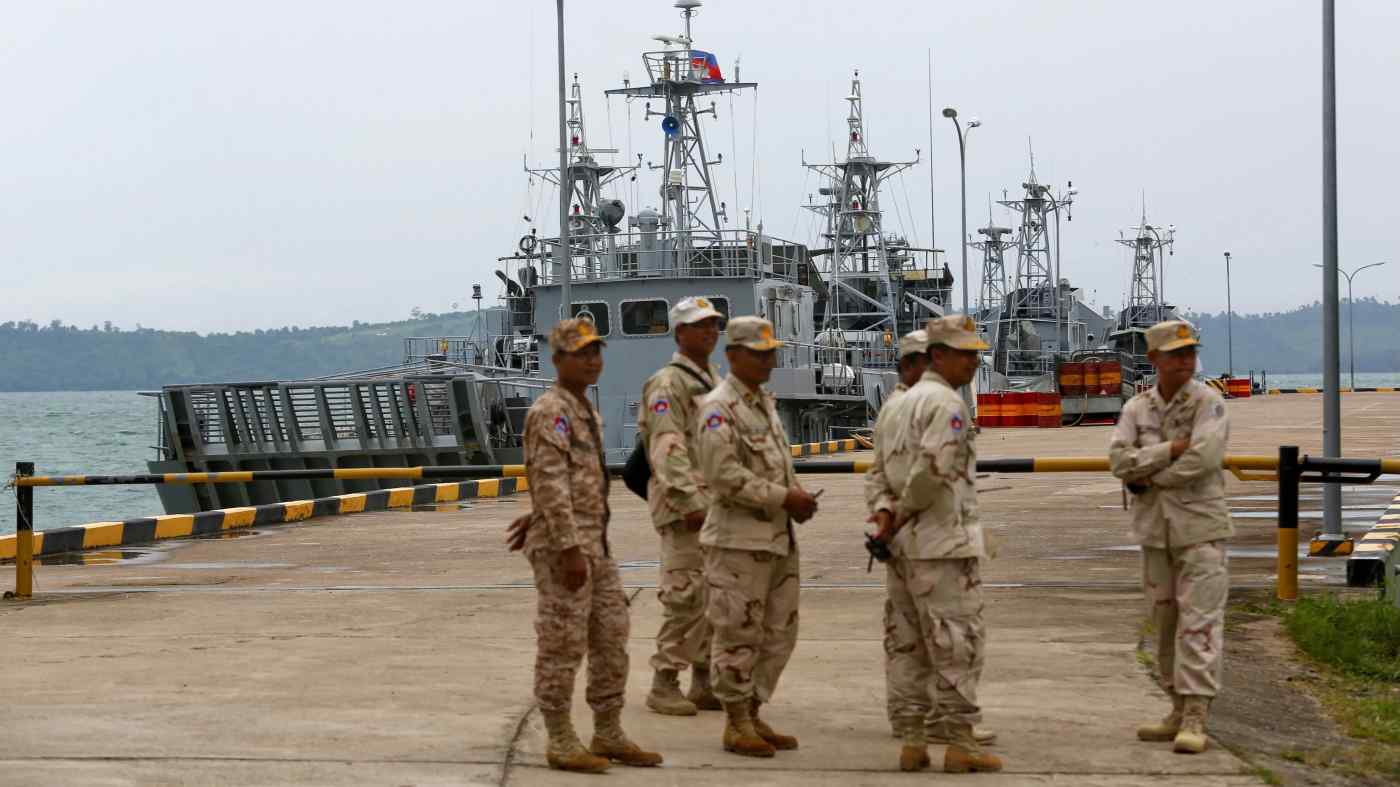 The reported deal with Cambodia would give China exclusive use of part of this naval base near Sihanoukville.   © Reuters
July 30, 2019 18:55 JST | Myanmar, Cambodia, Laos
CopyCopied

Concern has again been raised over China's ambition for greater military clout in Southeast Asia, following reports of a Chinese plan to establish a naval base in Cambodia.

Given that the step could seriously destabilize the regional order, the countries that would be affected should demand a satisfactory explanation from both parties and, if the reports prove accurate, insist that Beijing refrain from engaging in any disruptive act.

China and Cambodia have signed a secret agreement to create an outpost for Chinese military forces, according to a report published by the Wall Street Journal last week. The deal is said to give Beijing exclusive rights for at least 30 years to part of Ream Naval Base, near the southwestern city of Sihanoukville, where it will be able to store weapons and moor naval vessels.

Cambodia and China both denied the report. But the fact that a Chinese company is leading a massive development project at Dara Sakor, north of Sihanoukville, has raised suspicions about potential military use. U.S. Vice President Mike Pence expressed concern about this possibility in a letter to Cambodian Prime Minister Hun Sen last November.

Hun Sen stressed that he would abide by Cambodia's constitution, which states that the country "shall not authorize any foreign military base on its territory." But satellite photos of an airport being built as part of the project have revealed a runway long enough to accommodate large military planes, providing more fuel to skeptics abroad.

Sihanoukville is in a strategically significant location, facing the Gulf of Thailand and boasting a natural deep-water harbor. Should China establish a military presence there, its influence over the Indochinese Peninsula would strengthen -- a development that Thailand, Vietnam and Malaysia are certain to prepare for.

Such a base would give Beijing greater leverage in territorial disputes with Southeast Asian nations in the South China Sea, potentially escalating regional tensions.

Japan has also had its eye on Sihanoukville, which sits near key sea lanes, including the Strait of Malacca. It has provided official development assistance to fund work on a privately owned port in the city as a check against the risk of militarization.

But if the purported deal is real, Beijing moved in right under Tokyo's nose. The military base in question sits just 20 km away from the Japan-funded port. In light of its decades of friendly ties with Phnom Penh, Tokyo should express its concerns directly.

More importantly, the Association of Southeast Asian Nations should play a role here as well. As with China's militarization of the South China Sea, a military presence in Cambodia would be difficult to uproot once it is established. If the countries affected do not band together to keep a close eye on Beijing, they could pay a heavy price down the road.