China must not flex muscle as neighbors grapple with pandemic

Beijing steps into vacuum left by virus-hit US and ASEAN 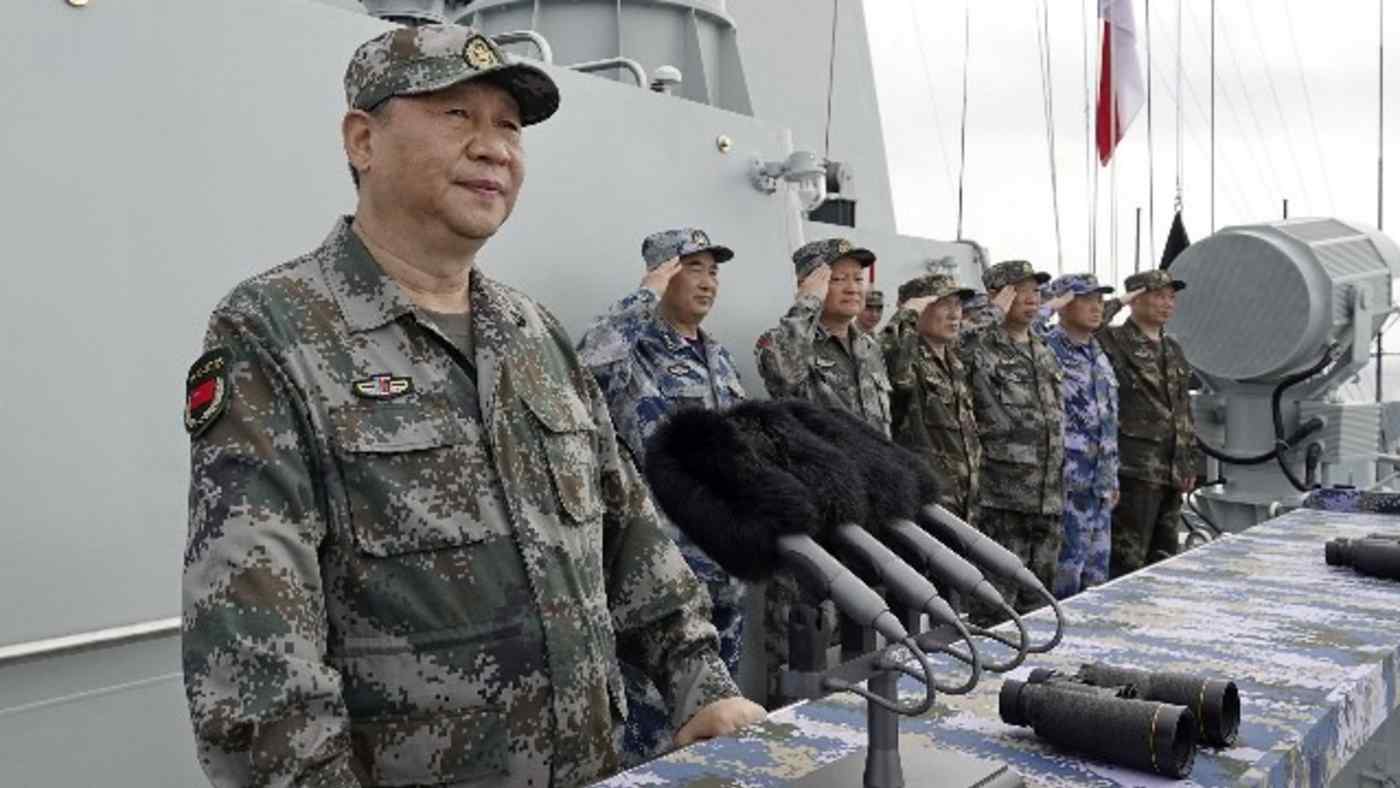 Amid the chaos of the coronavirus pandemic, a rare power vacuum has emerged in Asia.

U.S. aircraft carrier USS Theodore Roosevelt, one of the most powerful deterrents of the American military, was hit by an outbreak during an operation in the South China Sea and had to divert to Guam.

The Association of Southeast Asian Nations, meanwhile, was forced to postpone a summit originally set for early April, robbing the 10-member bloc of a chance to keep Beijing at bay over the South China Sea.

Those developments have not gone unnoticed in Beijing.

China has quickly moved to strengthen its control over disputed territories in the South China Sea. Chinese ships have also repeatedly entered the territorial waters of the Japanese-administered Senkaku Islands. Such acts of provocation that exploit the global crisis should be strongly condemned.

China has claimed sovereignty over most of the South China Sea with its "Nine-Dash Line" demarcation. In a case brought by the Philippines, an arbitration tribunal found in 2016 that this boundary lacks any basis in international law. Yet China has defied the ruling and expanded its presence in disputed waters through island-building and the installation of military facilities.

Such activities have accelerated since April.

In one incident, a Chinese coast guard ship collided with a Vietnamese fishing boat, sinking the vessel. In another incident, a Chinese exploration ship appeared to survey waters where Malaysian state-run oil company Petronas was conducting exploratory drilling.

Perhaps the most provocative move has been to unilaterally set new administrative boundaries in the region.

Beijing administers its claims in the South China Sea from the city of Sansha on Woody Island. In April, it established two new subdivisions in the city: the Xisha and Nansha districts, governing the Paracel and Spratly islands, respectively. Vietnam and the Philippines, which also have claims to the archipelagos, vehemently protested the move.

Southeast Asia, Japan and the U.S. must make clear that exploiting the global crisis to harass rival claimants with the goal of taking de facto control of the region is simply not acceptable.

ASEAN and China have been working together to draft a code of conduct covering the South China Sea. One cannot negotiate a framework to promote peaceful behavior and continue to flex its muscle at the same time.

China also has moved against Japan, with Chinese coast guard ships chasing a Japanese fishing boat this month near the Senkakus, which Beijing claims and calls the Diaoyu. Japan should join with the U.S. and ASEAN to urge China to follow a different path.