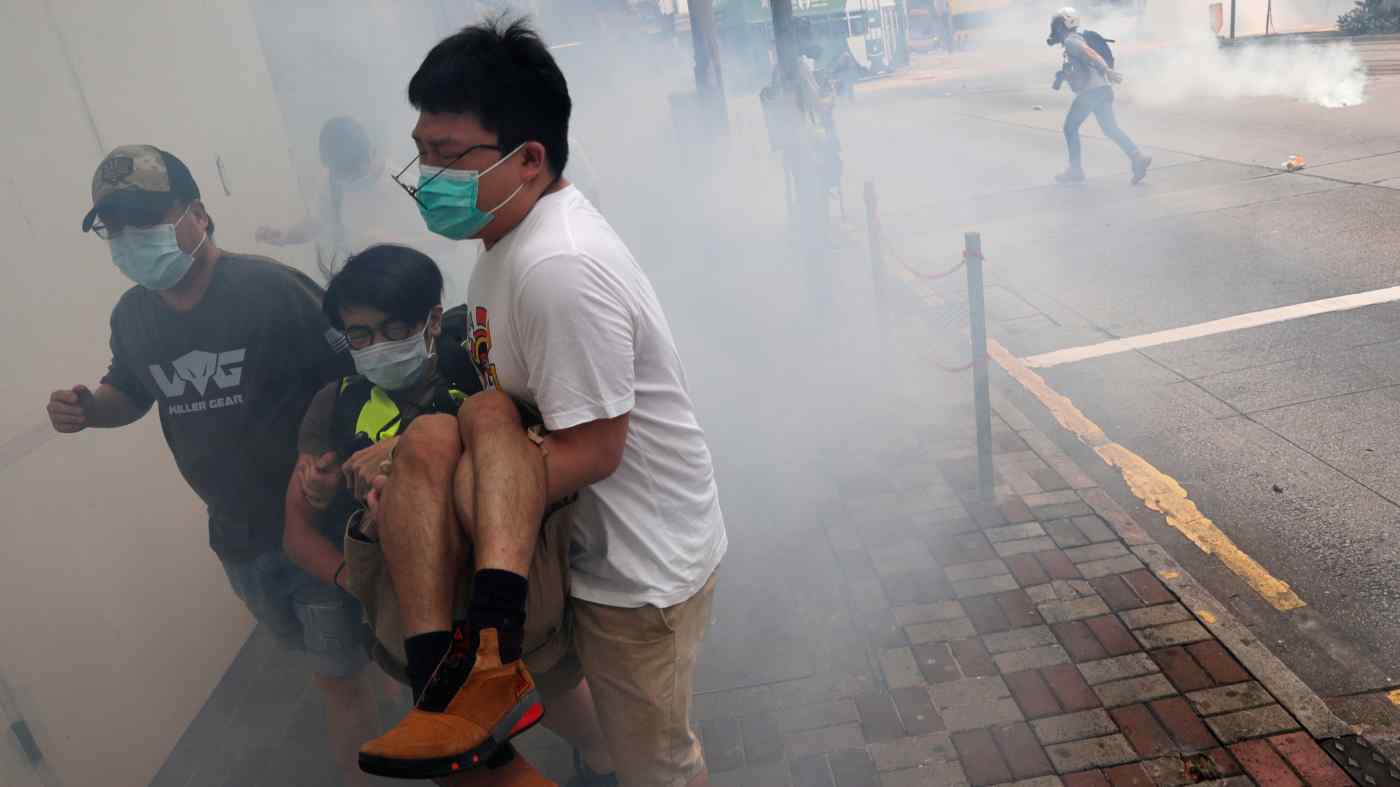 Anti-government protesters run away from tear gas during a march against Beijing’s plans to impose national security legislation in Hong Kong on May 24.   © Reuters
NIKKEI EDITORIALJune 24, 2020 14:02 JST | China
CopyCopied

China's congress has begun deliberations on a bill that would constitute the main pillar of the legal framework governing Hong Kong's national security affairs. While the legislation has not passed yet, discussing Hong Kong's future without giving the territory's legislature a say is a highly regrettable act that puts the "one country, two systems" arrangement at risk. Beijing should rethink the measure after contemplating the true benefits brought by Hong Kong's high degree of autonomy.