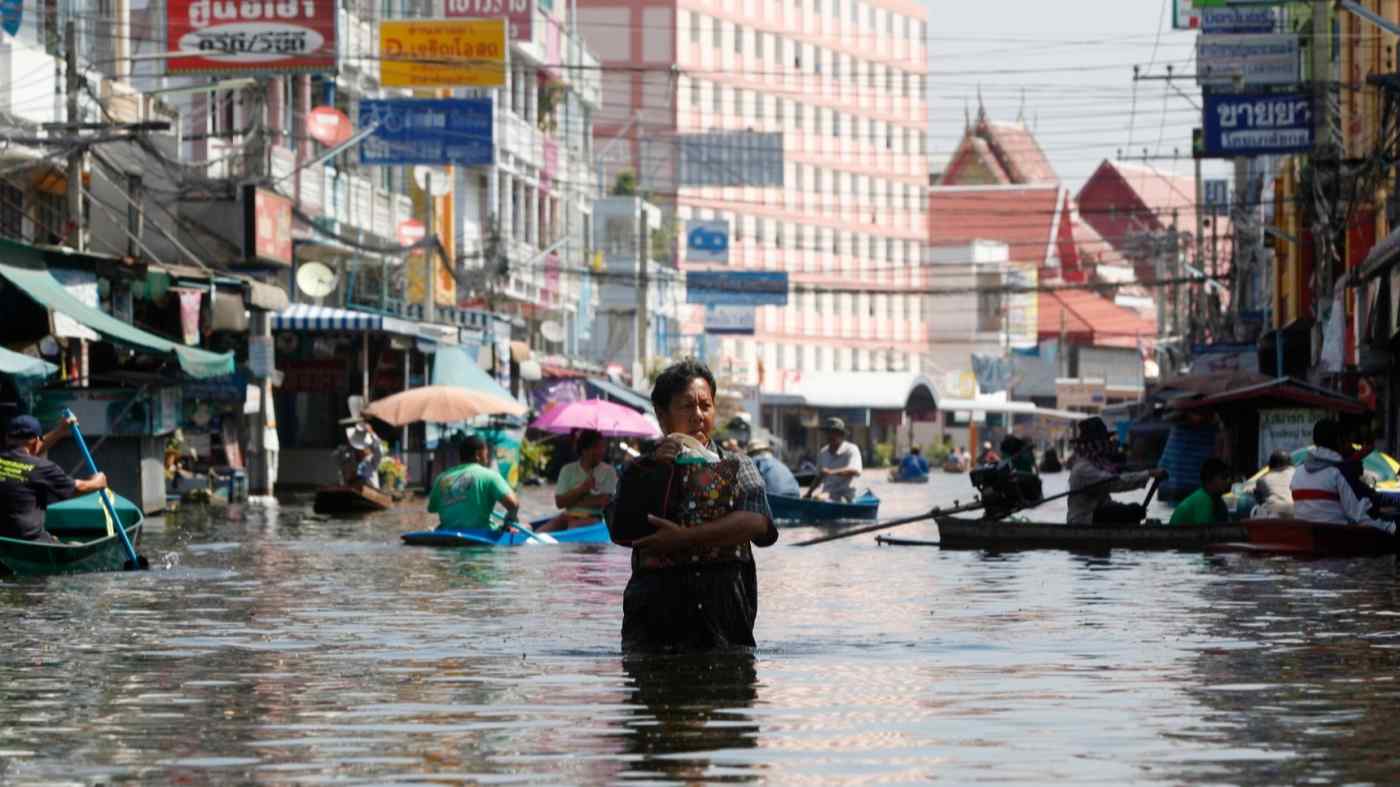 A resident carries his belongings as he wades through a flooded street on the outskirts of Bangkok in November 2011.    © Reuters
October 13, 2021 13:01 JST | Thailand
CopyCopied

Ten years have passed since devastating floods caused Thailand's economic activity as the "factory of Asia" to grind to a halt. Supply chains were torn asunder, and the impact was felt around the world. Although the government launched a large-scale flood control plan to prevent a recurrence of the disaster, major measures have been delayed because of the country's political turmoil.

Both the Thai government and the private sector should draw important lessons from the disaster: Bangkok must urgently address its lagging implementation of flood control measures, while major companies need to decentralize their operations and diversify their supply chains.