Japan and South Korea must beat coronavirus to normalize relations

Political intrigue has no place in outbreak response 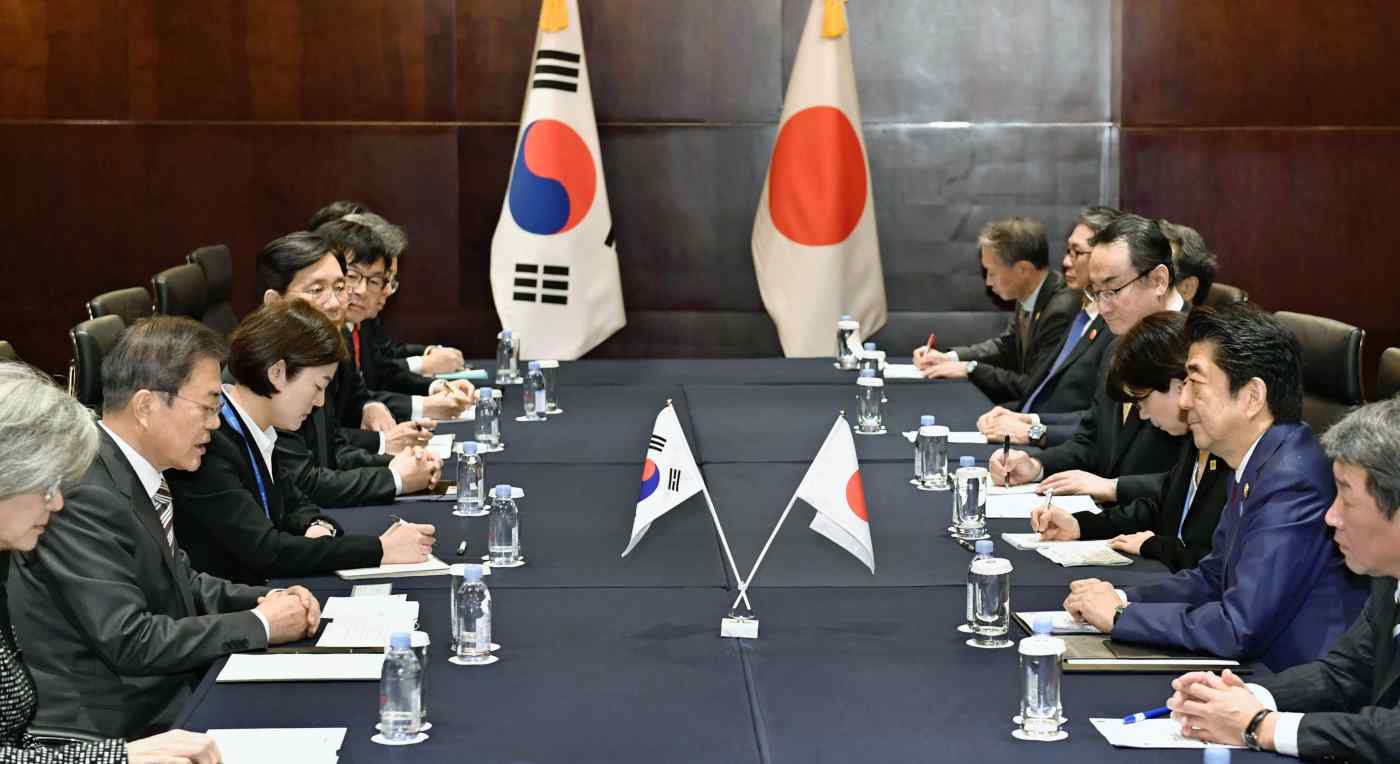 Japanese Prime Minister Shinzo Abe and his South Korean counterpart, Moon Jae-in, meet in China on Dec. 24, in what was their first official summit in roughly a year and a half.   © Kyodo
NIKKEI EDITORIALMarch 11, 2020 15:24 JST | Japan
CopyCopied

Japan has begun restricting arrivals from South Korea to prevent the inflow of those infected with the new coronavirus, a move it has also taken with China. Though the curbs last only until the end of March, they are expected to damage economic and cultural exchanges. These countries should try to contain the outbreak quickly and minimize its economic impact.

Tokyo has decided to nullify visas and suspend short-term visa waivers. South Korea has responded with similar curbs on Japanese arrivals. Countries have a responsibility to take decisive actions in the face of infectious diseases. But it is inappropriate to politicize the coronavirus response.

More than 100 countries and regions have restricted or banned arrivals from South Korea, which has surpassed 7,500 coronavirus cases. South Korea's conservative lawmakers and news outlets have criticized their government's decisions targeting Japan, arguing that it is tapping anti-Japanese sentiment for political purposes.

Japan, too, has failed to demonstrate why it needed to impose travel restrictions on all of China and South Korea at this time, and what effect the action is supposed to have. Government decisions, even during an emergency, must be based on scientific evidence and come with thorough, transparent explanations.

A World Health Organization official criticized Japan and South Korea for their "political spat" and urged the countries to focus on curbing the coronavirus. Both governments should take this comment to heart.

Fraught diplomatic ties will make it harder for both sides to return exchanges to normal. Grassroots exchanges played a key role in sustaining bilateral relations when they deteriorated over economic and security issues. Tourism from South Korea to Japan was also showing signs of recovery following a leaders summit at the end of last year, and it is crucial to resume travel as soon as possible.

Meanwhile, the security landscape is far from stable, with North Korea launching projectiles. Japan and South Korea had agreed to cooperate on the coronavirus response at a foreign ministers meeting in February. They must explore ways to share information and overcome the outbreak together.