Japan must address legal and practical gaps in maritime security 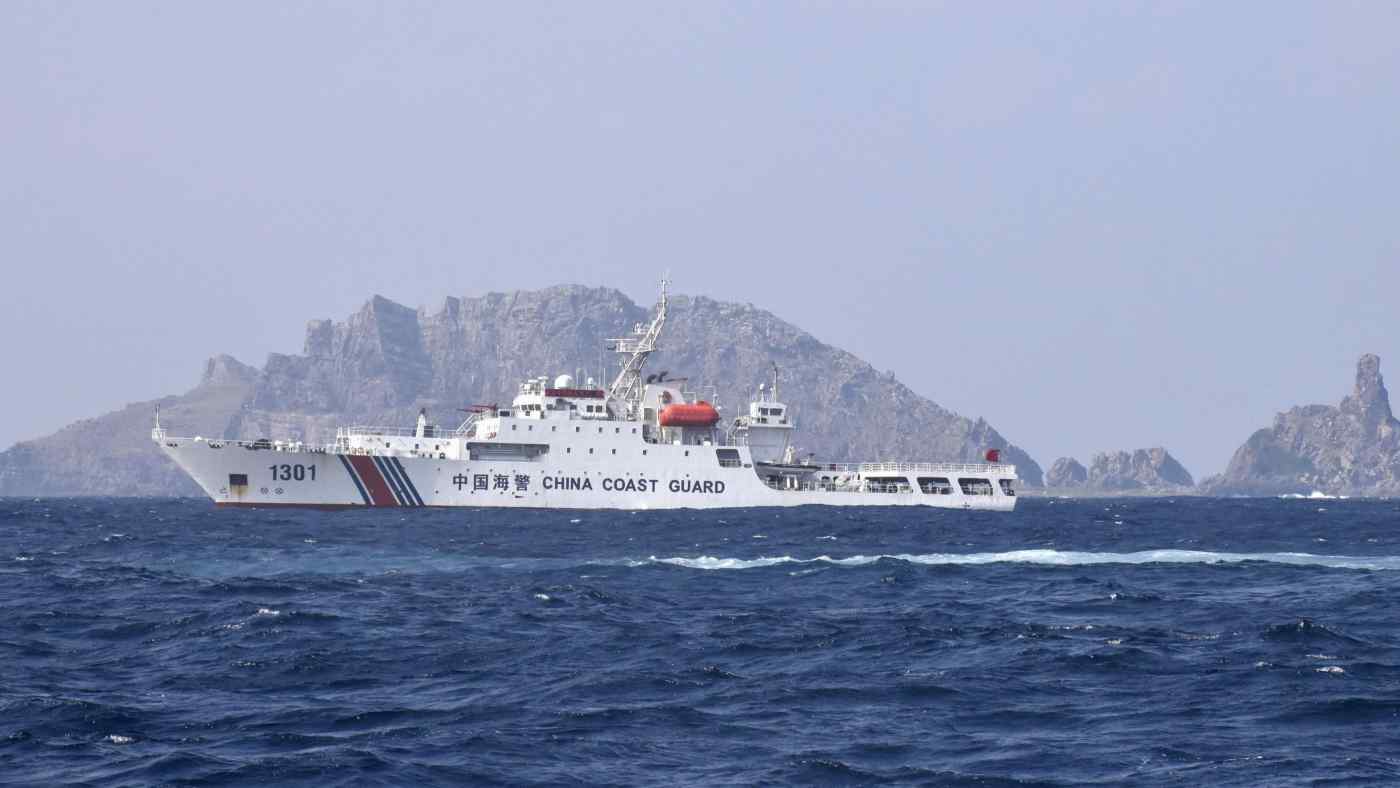 There have been a series of incursions by China Coast Guard vessels into Japanese territorial waters near the Senkaku Islands, which China claims as the Diaoyu Islands.   © Kyodo
February 24, 2021 13:11 JST | Japan
CopyCopied

China has repeatedly intruded into the territorial waters around the Senkaku Islands in Okinawa Prefecture since a new China Coast Guard law was enacted on Feb. 1. This heightened activity presents Japan with a growing risk of "gray zone situations," which are not easily categorized as either peacetime scenarios or emergencies. The government should develop response plans that can address all possible contingencies involving the islands, which China claims and calls the Diaoyu.

On Feb. 16, a China Coast Guard vessel, armed with what appeared to be an autocannon, violated Japan's territorial waters and approached a Japanese fishing boat. The Japanese government naturally protested the violation of international law to its Chinese counterpart.

The China Coast Guard has become something of a paramilitary organization that receives orders from the Central Military Commission. In recent years, Chinese government vessels have become larger, and the new law gives the coast guard the authority to employ force, including the use of weapons. Japan must be alert to the possibility that China will take a harder line toward the Senkakus.

The Japan Coast Guard and the police are primarily responsible for the security of the area. If their adversary is heavily armed or otherwise unmanageable, the cabinet will direct the Self-Defense Forces to undertake a maritime patrol operation or a public security operation.

In the case of an emergency, cabinet members can dispatch the SDF over the phone. Even so, some in both the ruling Liberal Democratic Party and the opposition are calling for a territorial security law, as the procedures to dispatch the SDF could take a long time.

In 2016, opposition lawmakers submitted a bill to the Diet that would have made it easier for the SDF to support the Japan Coast Guard's peacetime security operations by eliminating the need for cabinet approval to issue the relevant order.

Stability in Japan's territory and territorial waters is a top priority, but this issue requires careful consideration as it will impact the country's ability to defend itself. If the SDF were sent to the front, China could mobilize its own military, heightening maritime tensions. Japan must not allow the area around the Senkakus to become a conflict zone.

The first step is to see what can be done under current law, and to explore ways to strengthen the capability of the Japan Coast Guard through such measures as increasing the number of patrol vessels and reviewing standards for the use of weapons. However, legislative action should not be ruled out if it proves necessary.

In considering how to best protect the territorial waters, it is important to organically link the law enforcement function of the Japan Coast Guard and the defense function of the SDF, rather than choose one over the other. We hope the government and the Diet will quickly move forward with discussions to address the gaps in Japan's policy on the security of its territorial waters.

To avoid missteps in the event of a crisis, policymakers must ensure such measures as joint training involving the coast guard and stronger coordination between the SDF and the U.S. military, with gray zone situations in mind. International cooperation has become increasingly important in protecting the rule of law, as threats grow in new fields like space and cyber as well as through new means including sovereign interference by electromagnetic weapons.