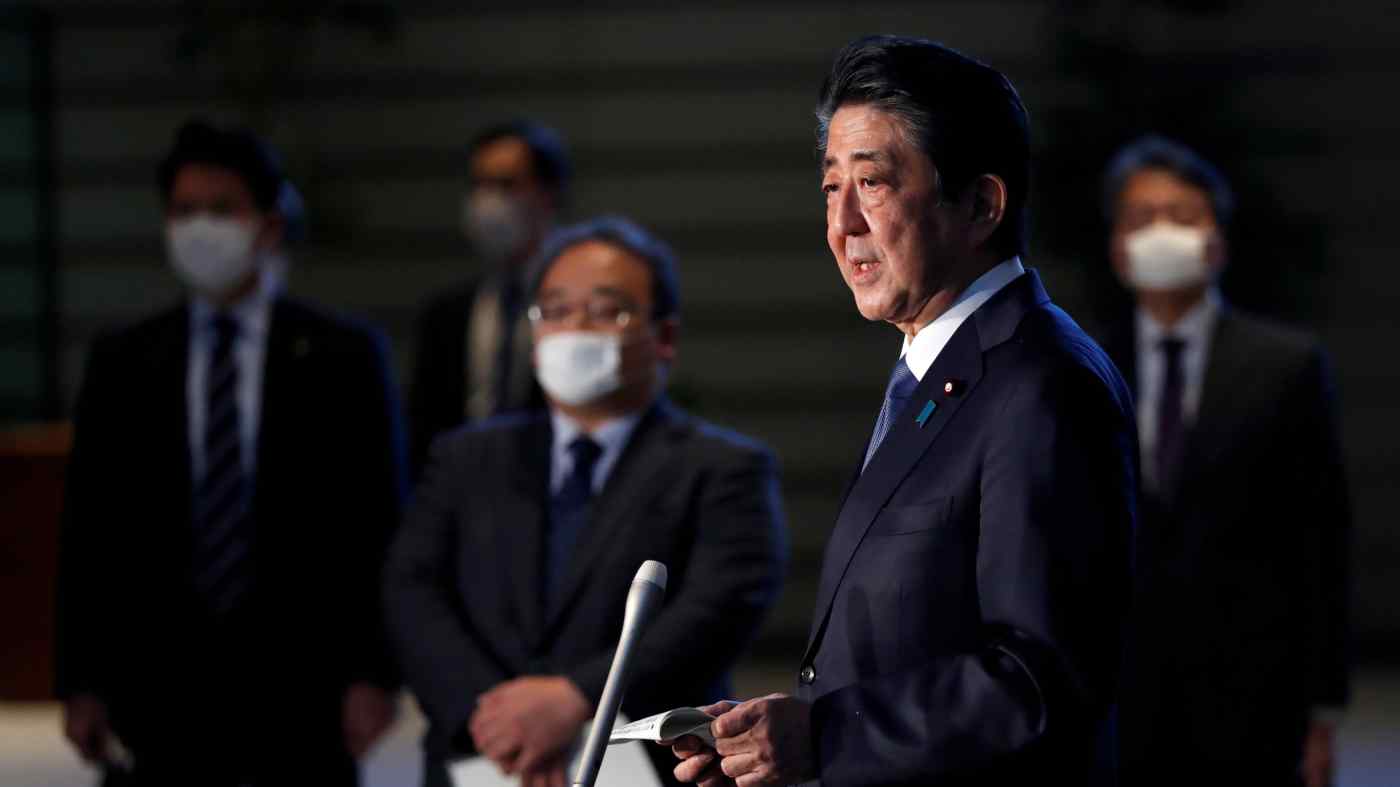 Japanese Prime Minister Shinzo Abe finally moved Tuesday to declare a state of emergency, marking a critical phase in the country's fight against the coronavirus outbreak.

But while the decree has been much anticipated as the accelerating epidemic threatens to overwhelm hospitals, its limited legal power means that the declaration's effectiveness rests in the hands of the public.

Abe previously warned that Japan was "just barely managing" to keep the virus under control. After the daily count of new cases in Tokyo rose by triple digits both Saturday and Sunday, the government decided stronger measures were needed.

The declaration, effective through May 6, gives the governors of Tokyo, Osaka and five other prefectures legal power to ask citizens to stay home, request schools, malls and movie theaters to close and instruct cancellation of events where large groups gather.

The key will be whether the public takes the situation seriously and acts accordingly. If contact among people can be reduced by 70% to 80%, new infections should peak in two weeks, Abe said.

But critics say Japan's response is "too little, too late." The move came after China, India, Thailand, Malaysia and the Philippines took steps to lock down major cities.

And Japan's emergency declaration has far less authority than similar measures in other nations. No penalties can be imposed on those who refuse to go along with the governors' requests to stay home or close commercial facilities.

Abe himself repeatedly emphasized that the latest declaration was not the sort of strict lockdown seen elsewhere. He said that most banks, supermarkets and transportation will be allowed to operate as usual, and that people can even go outdoors for walks or exercise.

This relatively loose approach will be easier to maintain than the tighter restrictions seen elsewhere. Should it succeed in reducing contact to the point that the outbreak subsides, this action could become a model for other countries to follow.

But if the state of emergency fails to bring the outbreak under control, lawmakers should consider whether to pass emergency legislation further restricting personal rights.

Abe's cautiousness in declaring the state of emergency reflects the administration's effort to maintain a delicate balance between containing the virus and keeping Japan's economy afloat. The prime minister said the crisis poses the biggest threat to the economy since World War II.

This problem also should be addressed swiftly. The 108 trillion yen ($990 billion) stimulus package -- worth roughly 20% of Japan's gross domestic product -- that the cabinet approved Tuesday includes financial support measures along with steps to combat the outbreak.

Lawmakers must pass the necessary legislation quickly and provide relief without delay to struggling households and businesses. And the government should not hesitate to offer additional support during what is expected to be a long, grueling fight against the coronavirus.