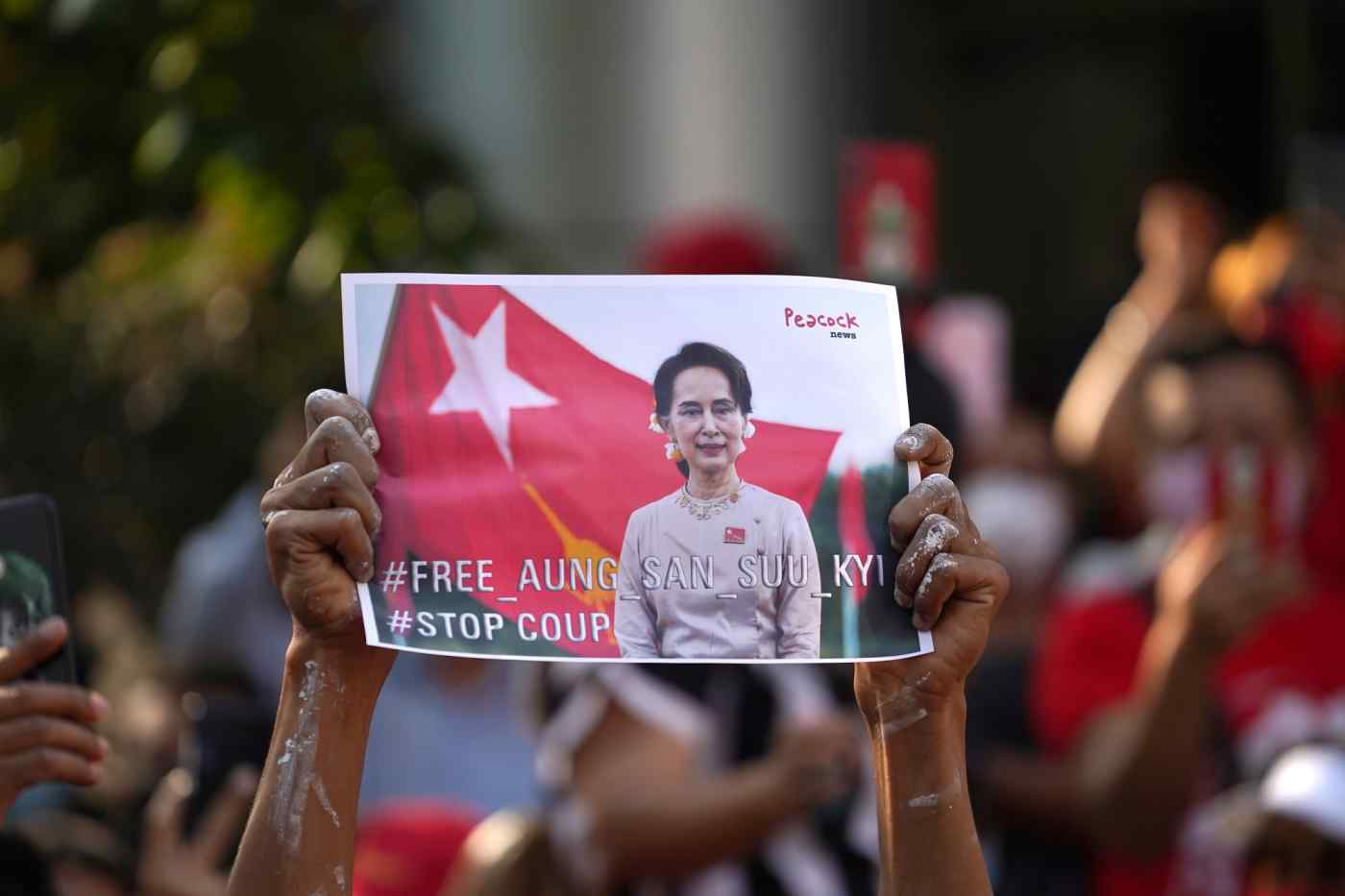 A supporter of Aung San Suu Kyi holds a photo of the detained leader outside the Myanmar Embassy in Bangkok on Feb. 1.    © Reuters
February 3, 2021 13:03 JST | Myanmar
CopyCopied

On Feb. 1, Myanmar's military declared a nationwide state of emergency and announced that it had taken total control of the country. It justified the coup d'etat by saying there were irregularities in the November 2020 general election -- a contest that State Counselor Aung San Suu Kyi's ruling party won overwhelmingly. But the use of force without regard for democratic principles is an unacceptable outrage regardless of the military's claim.