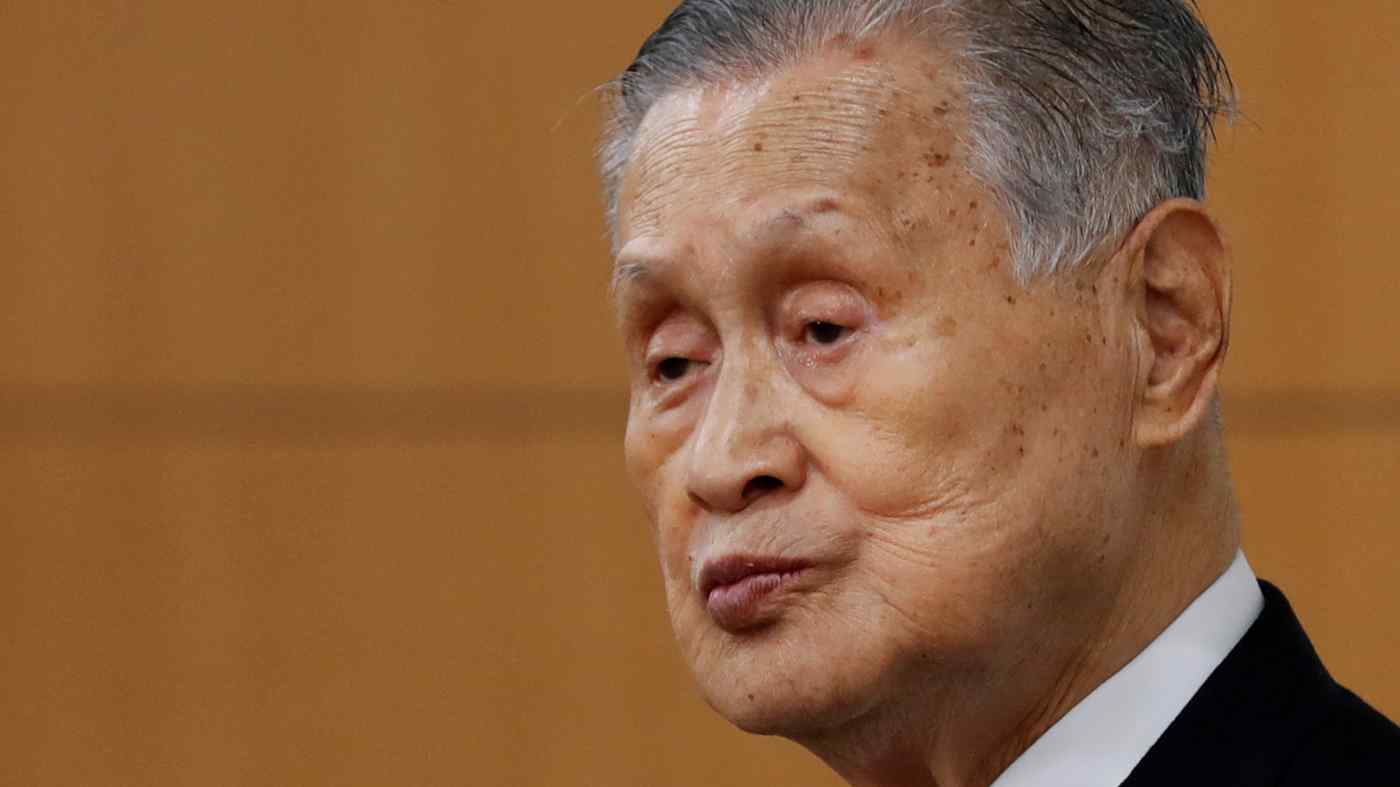 Yoshiro Mori, president of the Tokyo Olympics organizing committee, apologized to "everyone who was offended" by his remarks about women but said he would not resign.   © AP
February 5, 2021 02:01 JST | Japan
CopyCopied

It makes one wonder if Yoshiro Mori fully understands the significance of his position or the weight of his words.

In a meeting Wednesday of the Japanese Olympic Committee, the president of the Tokyo Olympics organizing committee remarked that board meetings with a lot of women "take so much time."

"Women have a strong sense of competition," he said. "If one person raises their hand, others probably think, 'I need to say something too.'"

Mori withdrew these comments in a news conference Thursday, apologizing to "everyone who was offended" and expressing remorse. But he said he has no intention of resigning.

First, it goes without saying that sweeping generalizations about women are a form of prejudice and discrimination. What is wrong with an animated exchange of opinions? That is far healthier than behind-the-scenes consensus building and meetings that are just formalities filled with yes-men.

Second, Mori's comments are troubling because they risk further discouraging women -- who already participate in only a small percentage of important meetings in Japan -- from expressing their views. The Japanese Olympics Committee just recently increased its target for female directors to 40%, in keeping with the governance code set by the central government.

The World Economic Forum's most recent Global Gender Gap Index ranks Japan 121st out of 153 countries, just behind Angola, Benin and the United Arab Emirates and far behind its fellow Group of Seven members. The country is making progress toward gender equality at a snail's pace.

Mori's remarks quickly set off a firestorm of outrage online, and were reported in news media around the world. Prime Minister Yoshihide Suga said in parliament on Thursday that the comments "should not have been made," while the opposition Constitutional Democratic Party called on the government to show leadership and replace Mori.

Mori himself acknowledged that his comments go against the spirit of the Olympics. He was right to withdraw them, but that alone is not enough.

Fewer than 170 days remain until the games are set to begin. Discussions are ongoing about how to admit athletes and spectators into the country and operate venues, with an eye on the spread of the virus and progress on vaccinations. The world is watching this process with great interest.

Mori's ill-considered remarks have undermined trust in the head of the organizing committee at this critical time. It could dampen momentum toward holding the games themselves and hamper international support for this challenging endeavor. Every effort must be made to regain this lost trust.