Tug of war for influence intensifies in strategically vital region 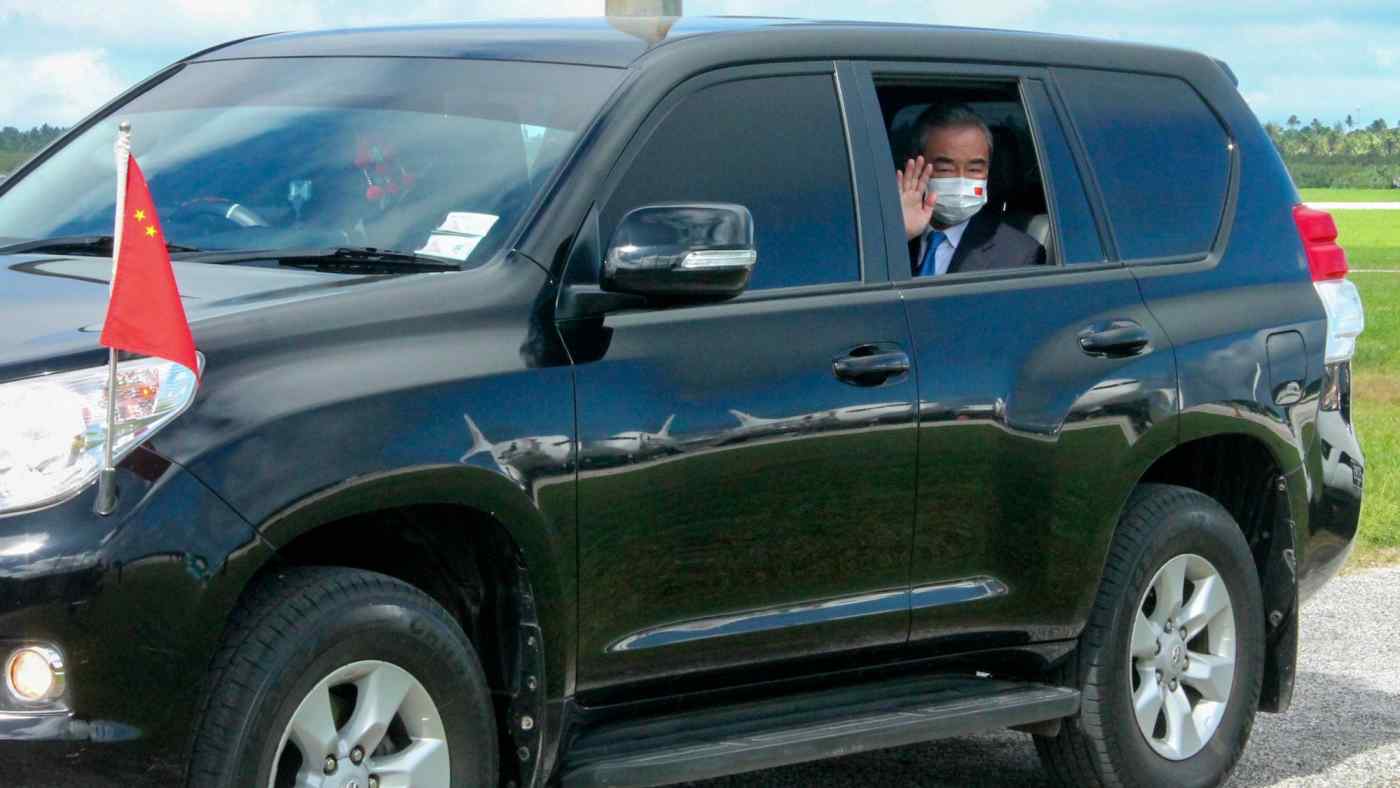 China's Foreign Minister Wang Yi waves from his car as he arrives in Nuku'alofa, Tonga, on May 31. Wang and a 20-strong delegation are on an eight-nation Pacific islands tour.   © AP
June 1, 2022 13:56 JST | Pacific Islands
CopyCopied

The tug of war in the southern Pacific Ocean intensifies by the day. With the U.S. and Australia on one side and China on the other, major powers are competing for influence in this geopolitically important region.

The recently concluded Quad summit in Tokyo touched on the Pacific islands in its joint statement. The leaders of the U.S., Australia, Japan and India vowed to bolster cooperation with Pacific island countries, both individually and collectively, to enhance their economic well-being, strengthen health infrastructure, and mitigate and adapt to the impacts of climate change.