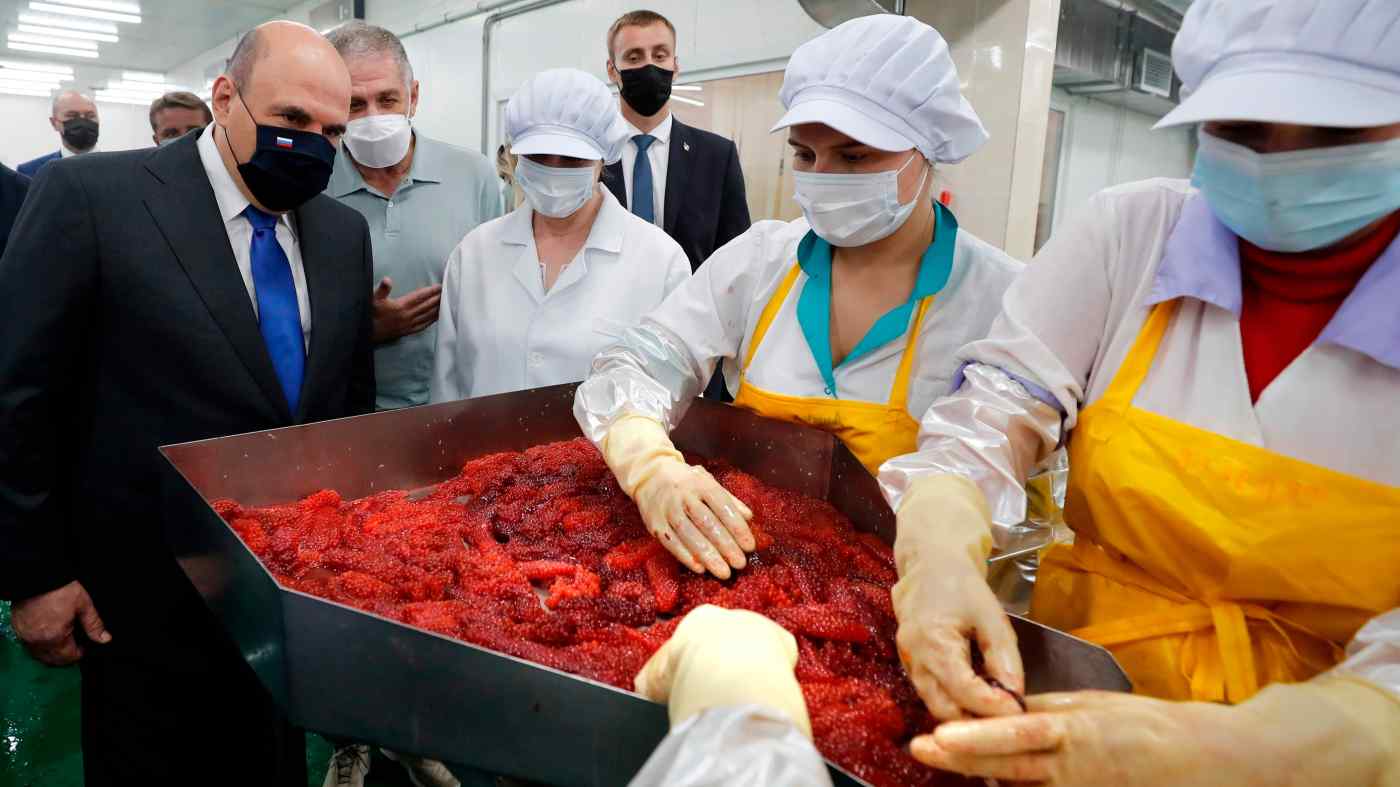 To the dismay of the Japanese public, Russian Prime Minister Mikhail Mishustin on July 26 stopped at Etorofu in the so-called Northern Territories despite a request by Tokyo not to visit the disputed islands. The trip is totally unacceptable.

Etorofu is known as Iturup in Russia and is one of the four southern links in the Kuril Islands chain north of Hokkaido claimed by Moscow.

The last time a Russian prime minister, the No. 2 figure after President Vladimir Putin, set foot on the islands was in August 2019, when Dmitry Medvedev paid them a visit.

Before Mishustin's visit, Putin said at a July 23 meeting with the prime minister that he was considering "unique and unprecedented" proposals for joint economic activities between Russia and Japan in the Northern Territories. He may soon inform Japan about the details of these proposals.

The two countries agreed to start discussions on economic cooperation in 2016 when Japan was headed by then-Prime Minister Shinzo Abe, who eagerly pursued talks with Russia. They agreed to pursue joint activities in five fields, including tourism and waste disposal.

But Russia has expressed its discontent that little progress has been made in resolving the islands' legal status.

Negotiations have stalled under current Japanese Prime Minister Yoshihide Suga. Now, the Putin administration likely wants to use the trip to Etorofu and the new proposals to throw Japan off balance and extract concessions.

The Japanese government must carefully assess Russia's true intentions and determine whether the new proposals will contain any element that may contribute to the return of the territories, or whether they are just an attempt by Russia to receive economic support.

The Putin administration's position over the past several years indicates there is no intention to return the territories. Moscow claims that the islands became Russian possessions as a result of World War II, and it is working to militarize the region by installing a missile system on Etorofu.

In 2020, the Russian constitution was amended to prohibit the government from ceding territory, but the amendment included language that said it does not affect the "delimitation, demarcation, redemarcation of Russia's state borders with neighboring states." That exception can be seen as a way to keep Japan involved in negotiations.

Leaders in Moscow likely want support from Japan, as Russia's economy remains stagnant, weighing on the approval ratings of the administration and ruling party ahead of the lower house election in September.

It goes without saying that business with Russia's private sector is important, especially in the energy sector. Nevertheless, Tokyo should show more resolve in its negotiations with Russia as the two countries pursue cooperation where it is economically rational.