So far, so good for the AIIB 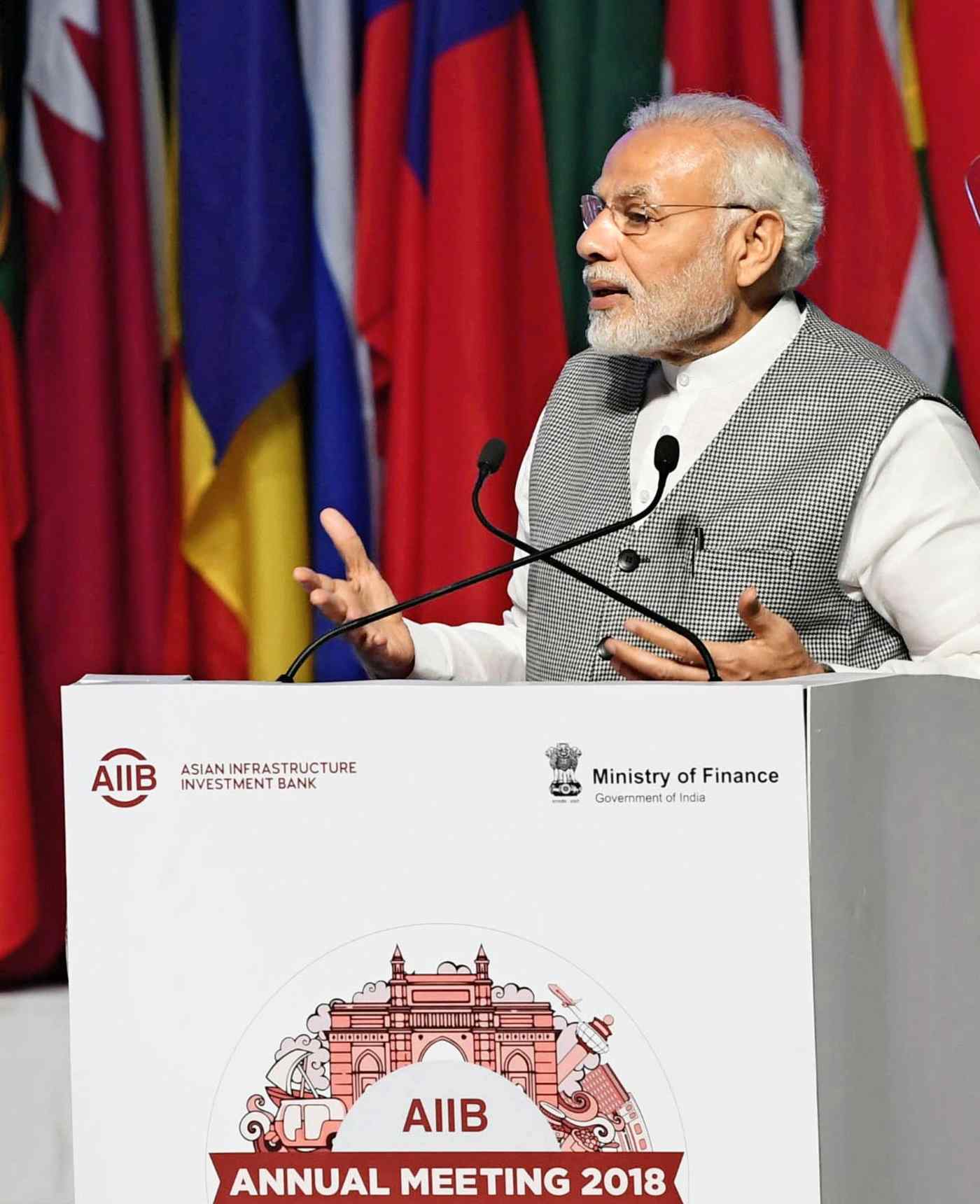 Indian Prime Minister Narendra Modi speaks at the annual meeting of the Asian Infrastructure Investment Bank on June 26. The AIIB has provided more funds to India than any other country.   © Kyodo
July 3, 2018 18:39 JST | China
CopyCopied

The Asian Infrastructure Investment Bank set a lending and investment target of $3.5 billion for 2018, 40% more than last year, at its third annual general meeting in Mumbai on June 25 and 26.

The China-led AIIB still operates on a smaller scale than the Asian Development Bank, but it is steadily increasing its presence as a multilateral institution focused on infrastructure development financing.

When the AIIB opened its doors in January 2016, there was no shortage of skeptics. Some experts, for example, warned that unbridled development financing by the new institution could actually spark the destruction of the environment and regional communities.

Others feared the bank would contribute to huge debts and bribery in recipient nations. Some even said the Chinese Communist leadership would use the AIIB as a tool to promote its global strategic objectives, including building a massive economic zone under the Belt and Road Initiative, President Xi Jinping's signature policy.

But the AIIB's track record has put such worries largely to rest. About two-thirds of the loans approved by the bank have been co-financed with other multilateral lending institutions, including the World Bank and the ADB, and experts have said the AIIB has done a commendable job in carefully screening loan applications. Global credit rating agencies, meanwhile, have assigned the bank their highest possible ratings.

Furthermore, there are no obvious signs that the AIIB is giving preferential treatment to Belt and Road projects. Particularly symbolic of the bank's impartiality is the fact that India, more wary than any other government about the Belt and Road Initiative, has emerged as the largest recipient of the bank's funds. One gets the sense that the Chinese side -- AIIB President Jin Liqun himself as well as China's Communist leaders -- have taken great care to ensure that the bank is not seen as a China-oriented institution.

Nevertheless, the AIIB suffers from a shortage of skilled talent, which raises questions about its ability to ensure rock-solid governance. The bank plans to issue its first bonds later this year. A successful bond sale would significantly boost the bank's capacity to meet demand for investment and loans. But this will require building a large enough staff to keep up with its growing scale of operations.

Of the world's leading industrialized economies, only Japan and the U.S. are not members of the AIIB. These holdouts have reasons to be circumspect: There is no guarantee that the bank will maintain its rigorous loan-screening practices or keep its funding operations separate from China's political ambitions. Also, joining the AIIB would require making a huge financial contribution to the entity.

Meanwhile, some recipients of funding from the AIIB have said it would be best for the China-led AIIB and the ADB, over which Japan wields much influence, to remain competitors. But given that the initial concerns about the AIIB have eased considerably, we believe it is time for Tokyo to consider the strategic merits of joining.

Asia's infrastructure investment needs are so vast that no single institutional lender can meet that demand on its own. And with the U.S. government seemingly intent on pursuing inward-looking policies, now is the time for Japan to step up and share its know-how in skillfully combining private-sector funds with financing from multilateral financing institutions like the ADB and the AIIB.