Both sides need to back up their words with substance 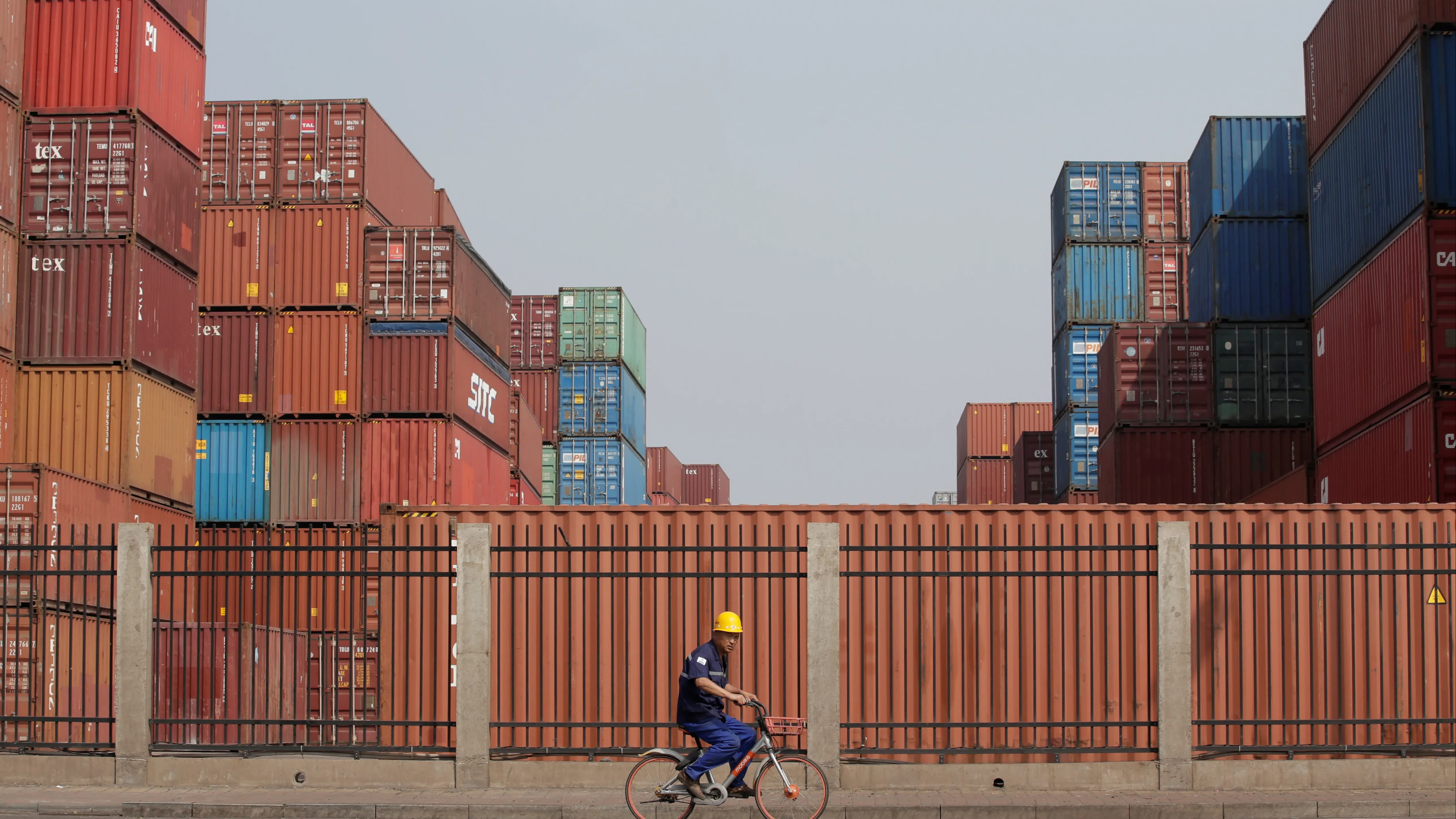 A worker cycles past containers near Tianjin port in northern China. The U.S. and China are still imposing high tariffs on each other's products.   © Reuters
NIKKEI EDITORIALOctober 16, 2019 15:30 JST | China
CopyCopied

The U.S. and China have reached a partial trade deal, with Beijing agreeing to boost agricultural imports, bolster transparency of its currency policy and protect intellectual property. In exchange, Washington agreed to hold off on additional tariffs that were supposed to take effect on Oct. 15. The compromise is expected to bring a truce to the escalating trade war, at least for the time being.

Although the world's two largest economies are no longer engaged in tit-for-tat tariffs, their feud is far from over. They should work to swiftly ink a comprehensive trade agreement, including a change in China's industrial policies, and roll back the tariffs they have imposed on each other.

The trade war is squeezing the global economy. Dissatisfaction among American farmers, an important support base for U.S. President Donald Trump's Republican Party, is also growing, and Trump was eager to make some headway on trade as he eyes reelection in 2020.

Meanwhile, Chinese President Xi Jinping was also looking for a quick resolution as his country celebrated the 70th anniversary of its founding. But he refused to compromise on industrial policies, a key issue in bilateral negotiations, worried that it could undermine the Communist Party's rule.

Delaying structural reforms is problematic, but fixating on a full deal and drawing out the trade war as a result is also dangerous. Given the effect on the countries' economy and markets, it is understandable that the U.S. and China opted for a partial deal limited to areas like farm products, currency and intellectual property.

The issue is with the lack of specifics. It is unclear how China will improve its management of the yuan and intellectual property protections, or how its progress will be evaluated. The countries appear interested in ironing out the details moving forward, and finalizing them at a summit in mid-November. It would be regrettable if the two sides ended up with a watered-down deal because they prioritized symbolic progress.

In addition to ensuring the partial agreement packs a punch, the countries must make earnest efforts for a comprehensive deal. U.S. tariffs on about $360 billion of imports from China still remain, as do China's retaliatory tariffs. The two sides need to put an end to their high tariffs as soon as possible.

The U.S. and China are still deeply divided over China's structural issues, like its treatment of state-owned companies and industrial subsidies. The U.S. is pushing China to make major compromises, using the Hong Kong protests and human rights abuses against Uighurs. But too much pressure could lead to an even longer conflict.

Some in China want to stall and wait for the outcome of the U.S. presidential race next year. But Beijing should recognize that the reforms Washington wants are key to the Chinese economy, and actively pursue them regardless.