US alliance grew under Abe, but Asian agenda left unfulfilled 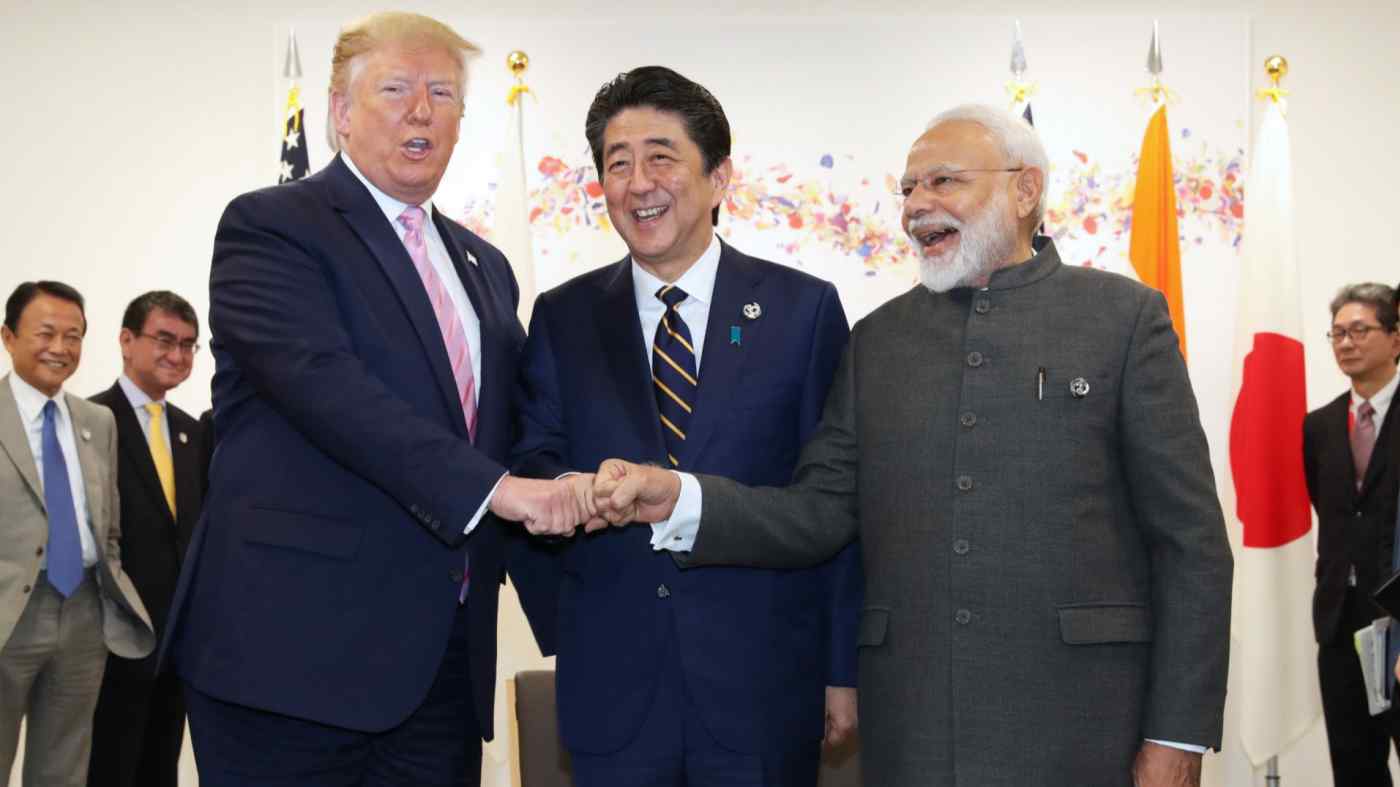 Japan adopted a bold diplomatic and national security agenda under outgoing Prime Minister Shinzo Abe that advanced the alliance with the U.S. but failed to resolve longtime issues with Asian neighbors.

The most prominent element of Abe's framework is the security legislation enacted in 2015 that lets Japan come to the military aid of allies under a limited right of collective self-defense.

Critics have taken exception to the way the Abe government pushed through the collective self-defense initiative by merely changing the government’s traditional interpretation of the constitution.

Limits to Japan’s ability to defend itself on its own mean the country still depends on its alliance with the U.S. for national security. Any developments in the bilateral security alliance therefore have a critical bearing on how Japan responds to security crises.

The close personal relationship between Abe and U.S. President Donald Trump has been key to deepening and enhancing the bilateral alliance. Despite Trump's "America First" credo, Abe fostered enduring ties with the U.S. leader and even served as a diplomatic buffer at times.

Trump ultimately extolled the bilateral ties with Tokyo, once saying, "Shinzo will soon be recognized as the greatest prime minister in the history of Japan, whose relationship with the USA is the best it has ever been."

Japan's diplomatic and security agenda under Abe's successor will rest on the alliance as well.

The Trump administration has enthusiastically embraced Abe's "Free and Open Indo-Pacific" policy initiative, which found a deep strategic resonance among policymakers in Washington. Expanding this defensive sphere to include "quasi-allies" such as the U.K. and Australia is another achievement for Abe.

His government also established the National Security Council, in which the prime minister's office directs strategy among diplomatic, military and intelligence officials.

But Abe will leave office without "summing up Japan's postwar diplomacy," an oft-quoted phrase referring to decades-old issues that remain unresolved.

Japan has yet to reach a final peace accord with Russia, the sticking point being the status of the Russian-held southern Kuril Islands, which are claimed by Japan as the Northern Territories. Efforts to improve relations with China remain incomplete.

The inability to close the book on the fate of Japanese nationals abducted by North Korea, which Abe positioned as the issue of highest priority, is the most regrettable outcome of his foreign policy record. The families of victims placed high hopes on Abe, only to be let down by the lack of progress.

As Japan waged a maximum-pressure campaign against Pyongyang, Trump went on to meet with North Korean leader Kim Jong Un twice. Tokyo used the opportunity created by the summits to form a line of dialogue with Pyongyang, but a summit between Abe and Kim never materialized.

Abe's "diplomacy that takes a panoramic perspective of the world map" has run into trouble in East Asia.

Though Abe and then-South Korean President Park Geun-hye sealed an agreement in 2015 that "finally and irreversibly" resolved the issue of wartime "comfort women," tensions over the matter have reignited sharply under Park's successor, President Moon Jae-in.

The historical controversy has had repercussions on the economy and regional security. It could overshadow Washington's Asia strategy, in which Japan, the U.S. and South Korea form the linchpin.

East Asia is caught in what could be termed a new cold war between the U.S. and China as the two powers struggle for hegemony. North Korea, meanwhile, is heightening its missile and nuclear threat. Abe's successor will be expected to leverage the prime minister's legacy to better prepare for crises while further pursuing unmet diplomatic goals.