The OECD should set its sights on China

Mathias Cormann's golden chance to even up the global economic system Mathias Cormann, Australia's former Finance Misister and the secretary-general designate of the OECD, pictured in October 2020: there is one way Cormann could be a real game-changer.   © Getty Images
CopyCopied

The Organization for Economic Cooperation and Development is the vanguard institution facing this now-boiling-over existential question: What happens when vestiges of the Cold War get big-footed by a power outside its ranks and with zero regard for the norms it promotes?

We are talking, of course, about China. The No. 2 economy is busily writing the rules it demands the OECD's 37 members follow as the price of access to the world's biggest marketplace.

Consider, too, the impossible balancing act facing Japanese Prime Minister Yoshihide Suga, leader of the Beijing-skeptical Liberal Democratic Party. Suga almost seems afraid to utter the word "China," like the "he who mustn't be named" Voldemort. It is the one thing Suga might have in common with American basketball stars. 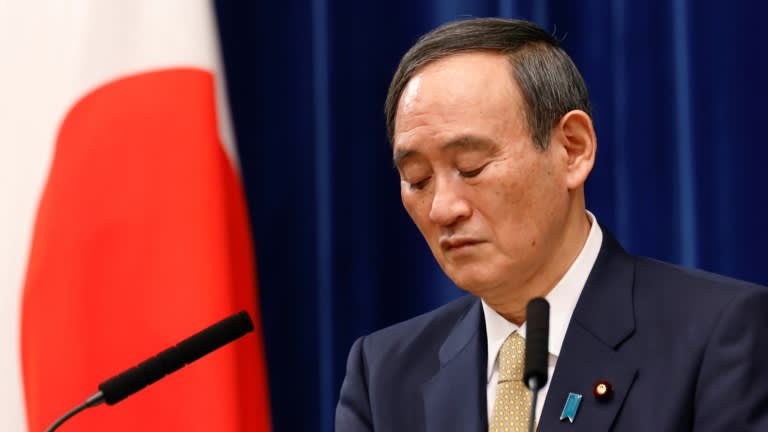 Into this maelstrom comes Mathias Cormann. On June 1, Australia's former finance minister takes charge of an OECD in flux amid a geopolitical climate that is, to say the least, inhospitable to legacy Western economic authorities.

Cormann is almost no one's ideal choice to replace Mexico's Angel Gurria, who has clung to the secretary-general role for 15 years. Frankly, if Gurria could not explain what the OECD does in a decade and a half as China superseded its influence, then good riddance.

Yet Cormann, 50, should not expect a honeymoon. The knives will be out from the get-go, given his track record of blocking action on climate change in a nation on the front lines of that challenge. There was hope that for the first time, a woman might run the OECD, and Cormann beat Sweden's Cecilia Malmstrom by the narrowest of margins.

If we are to look at the bright side, there is one way Cormann could be a real game-changer, not just for the Paris-based organization but in creating a more equitable economic system. He will be able to show China how the world is watching as President Xi's government takes economic bullying to the extreme.

A Belgium-born Australian, Cormann derives from a system that is no stranger to disputes with China. Last year, Prime Minister Scott Morrison, Cormann's last boss, really stepped in it by calling for probes into the origins of COVID-19 -- and Xi's glacial efforts to warn the globe of events in Wuhan.

The retaliation by Australia's main trading partner was as rapid as it was excessive. Industries from coal to wine to barley to beef felt an immediate chill from North Asia as billions of dollars worth of shipments were canceled. Beijing reserves the right to punish the pivotal iron and liquefied natural gas sectors.

Cormann has an opportunity to endow the OECD with new relevance by calling out trade inequities in the global system.

Granted, Donald Trump's four long years as U.S. president complicate this discussion. Washington was pivotal in creating an organization with roots dating back to 1948, part of efforts to reconstruct postwar Europe. Trump showed up with a wrecking ball, playing right into Beijing's hands. If Xi's party was reluctant to accept global rules in 2017, it is even less inclined today.

Cormann will soon have roughly 2,500 policy wonks at his disposal to investigate, quantify and advise prescriptions for competition-distorting policies warping the benefits of globalization. And, to be blunt, that could be quite the thorn in Xi's side as China carries out a post-COVID charm offensive.

China is not an OECD member. But Cormann sharpening its focus and raising its profile could be a fascinating spoiler for multilateral trade dynamics. China would abhor being called out on specific, data-driven anti-competitive policies. Or dollar-amount and jobs-lost estimates from its massive subsidies for national corporate champions. Or for research that belies China's claims to be "going green" in a big way.

Any forensic evidence of how China's over-the-top support for its semiconductor industry could empower U.S. President Joe Biden, Suga and Morrison to demand change. The OECD has done vital work on this topic and how subsidies in key sectors like aluminum advantage China Inc. We need bigger, deeper and splashier probes into these and other industries.

No, the OECD should not remake itself as an anti-China force. The OECD should call out the U.S. and Australia, too, when warranted. Many OECD members would be loath to adopt a belligerent tone toward Asia's top economy. But years of trying to coax China to gravitate toward OECD values failed. Ask Hong Kong how this is working out for the city. Ask Taiwan how secure it is feeling these days.

Officials from Tokyo to Washington are vastly underestimating the threat posed by Beijing's ambitions to mint the digital money and payment systems of the future. It would help to have Cormann's army of policy wonks helping the rest of the globe keep pace -- or at least not too far behind the learning curve.

Credit where it is due: Gurria managed to hone the OECD's skills in areas quite useful to tackling today's challenges. In a June 2020 report, the Center for Strategic and International Studies argued the organization is "now clearly the 'go-to' multilateral forum and database for taxes, foreign aid and anti-corruption. Going forward, the OECD could play an outsized role in digital taxes, digital trade, artificial intelligence and data privacy."

These topics have "China" written all over them. They also explain why Xi preferred a technocrat from a place cowed by Beijing's bullying calling the shots in Paris. Suffice it to say, calls coming Beijing's way from the "+331" area code might soon cause some indigestion for Xi's gang.