The Olympics are here but at what cost to Japan's reputation?

Tokyo has overplayed its cultural exceptionalism hand from the start 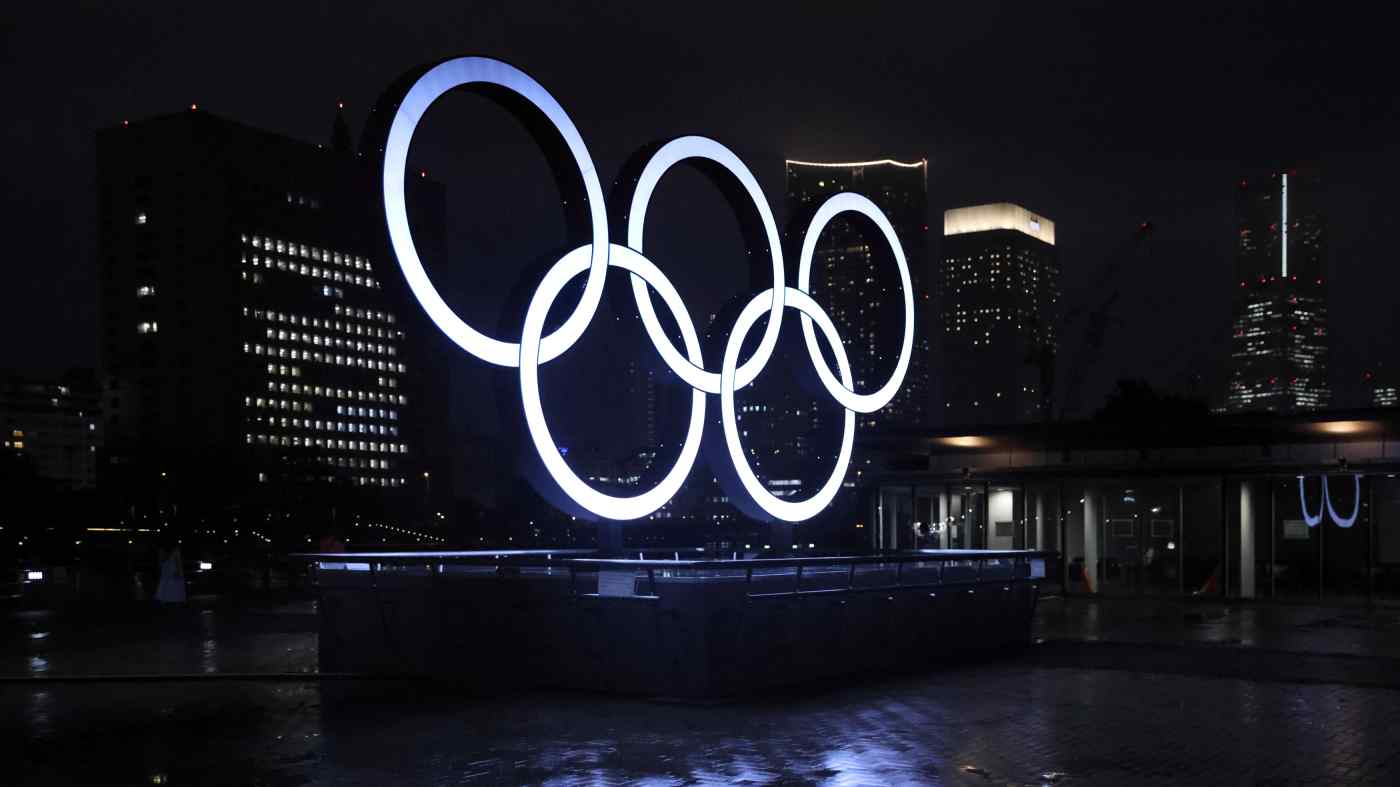 At this point, there seems to be no reversing the arrival to Tokyo of tens of thousands associated with the Olympics and Paralympics. All spectators are now banned, creating yet another level of access absurdity at the prospect of broadcast media showcasing empty stadiums and arenas but for the VIPs and sponsors in attendance to cheer on the athletes.

Homegrown protesters have been heard but largely ignored. Even the present emperor's words of worry about the spread of the coronavirus during the Olympics received the government brushoff, ignoring the important diplomatic role that the Imperial family plays in representing Japan's nation brand to the world.

Japan is finally making up for precious lost time with the vaccination rollout, but the damage has been done in reputation costs. Every conversation I have with my Japan-curious friends revolves around "What's going on with Japan? Why did it take so long to vaccinate its population?"

Their words remind me that Japan's global reputation precedes it. People around the world expect Japan to be exceptional and overly prepared to handle any crisis. It is not living up to its reputation for preparedness.

Why such abject failure? Establishment politicians were too often insulated from a global-minded preparedness that they failed to treat the merging of two global events, the pandemic and the Olympics, beyond their hermetically sealed borders. Instead, Japan chose the homegrown approach, blind consensus, unquestioning compliance, and ignoring criticism at home and abroad. It overemphasized risk communication messages inside the country while underemphasizing crisis communications that involve defending its public reputation.

The Japanese people, weary of risk communication messages on repeat, could hear the echo chambers of "What's going on with Japan?" and wondered why the government was not responding. The government finally listened, but it is showing up late.

Despite a speedy last-lap vaccination push to restore confidence in the games by carrying out inoculations in workplaces and academic communities, only now is the government aware of the media spotlight as it scrambles to save face.

The alleged public aversion to inoculation that was trotted out by the authorities last winter turned out to be a false-flag operation. Public demand for Moderna vaccinations is so high that the government cannot keep up supply and is now warning Japanese companies to call off more application requests.

No matter what happens healthwise at these Olympics, the damage to Japan's reputational and informational security is extensive. Those institutions suffering from credibility slippage include the Suga cabinet, the Japanese Olympic Committee and the International Olympic Committee that live in a separate twilight zone reality from the rest of us. NBCUniversal must be added to that list, since it is now airing round-the-clock Olympics-fever-like coverage to make sure eyes are delivered to advertisers.

NBCUniversal CEO Jeff Shell crowed about this Olympics being potentially the most profitable for the company. "I lived in London: Everybody was worried about the traffic. And last time it was Zika, and then once the opening ceremony happens, everybody forgets all that and enjoys the 17 days. And I think this is going to be the same thing." 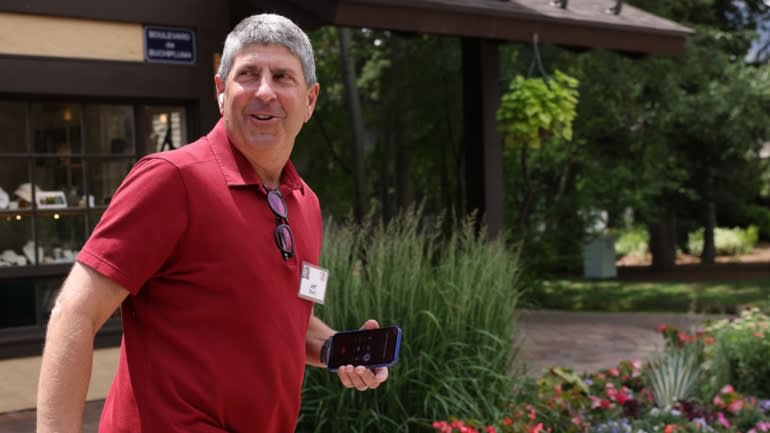 NBCUniversal CEO Jeff Shell, pictured in Sun Valley, Idaho, on July 7, has crowed about this Olympics being potentially the most profitable for the company.   © Getty Images

It's their world. The rest of us just look on as we've been instructed, as couch potatoes.

The rally-round-the-Olympics syndrome has its dissenters who should be promoted for speaking up, instead of maligned. They include chief medical adviser Shigeru Omi and JOC member Kaori Yamaguchi. These two would have been excellent members of an international speakers' bureau regularly addressing the foreign press had the government of Japan bothered to form one.

Instead, we have images of the prime minister showing up at Tokyo's Haneda Airport for a photo-op with a remotely controlled guide robot to assuage fears of more delta variant spreading through the community, a reminder of the lack of credible spokespersons.

Never have I experienced a wealthier industrialized democracy so caught unawares when it had to deal with the double whammy of hosting a Summer Olympics during a pandemic. Part of what went wrong is cultural hubris. Japan has overplayed its cultural exceptionalism hand from the time of the initial outbreak of coronavirus.

Shinzo Abe declared victory over the pandemic within six weeks after declaring the first state of emergency. Suga declared the games an entertaining pause from pandemic fatigue and a sign of global unity. This managed to get in-person buy-in from U.S. first lady Jill Biden, who will lead the U.S. delegation to the Olympics.

The level of cultural exceptionalism we've seen in the last year extends to its perplexing border control measures. Very soon, the world will get snapshots of elite arrivals to Japan while the masses await their turn. This won't be a message of global unity but will reinforce the notion that there are two types of people in the world: those granted access and those denied.

Japan was spared the worst of COVID-19 throughout 2020, and this false sense of security lulled Suga into taking a slumberous approach to the crisis.

A much better strategy would have been to develop a crisis management communications center staffed by globally trained press secretaries and spokespeople who could speak frankly, honestly and swiftly about facts on the ground. It is not too late to set the right example.