The alternative to Chinese debt for Africa from Japan and India 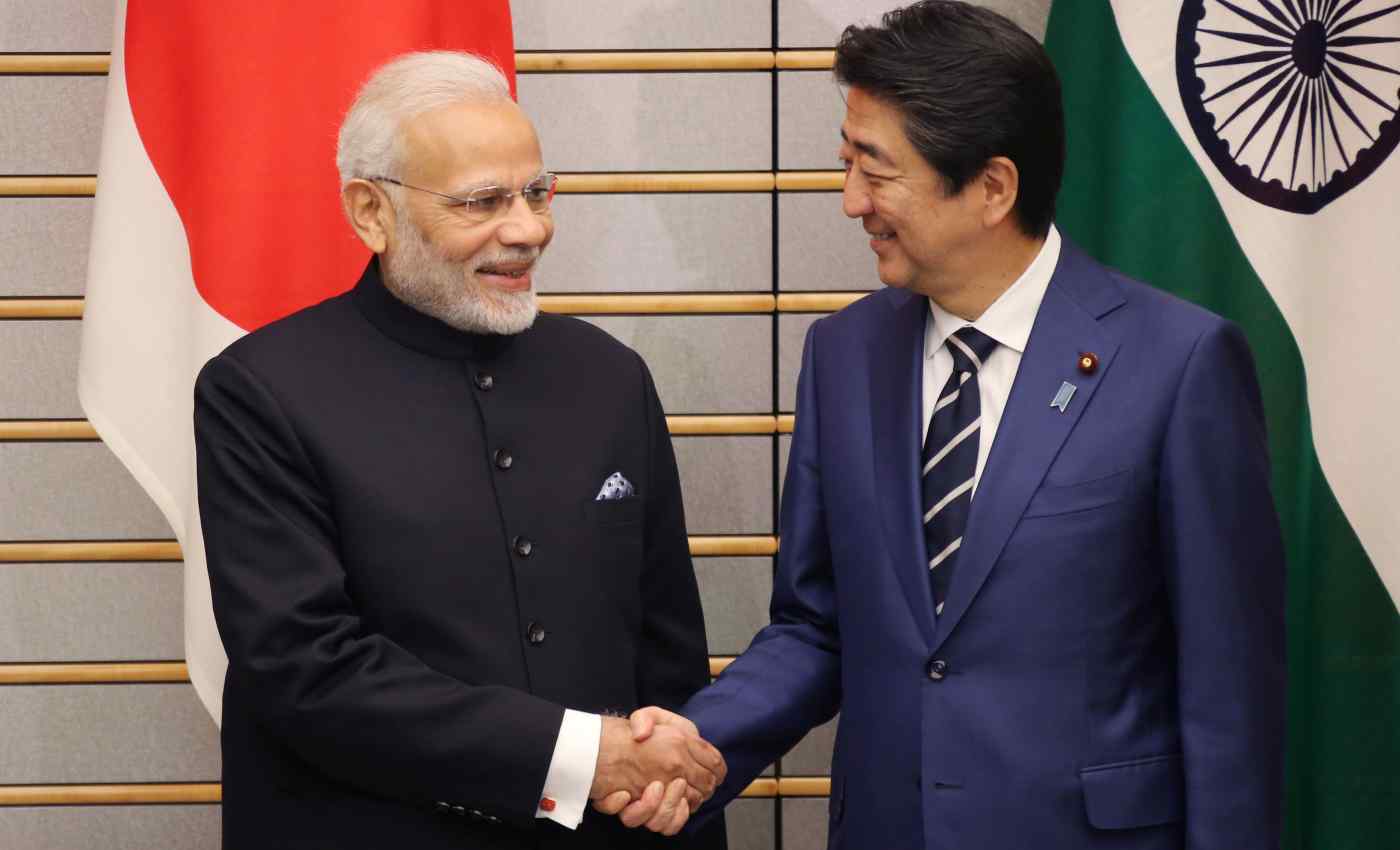 China's sprawling Belt and Road Initiative has made developed nations anxious about losing influence in the developing world. The U.S. and the EU are each advancing their own new strategic initiatives to support development in emerging economies.

Meanwhile, in a development that has so far attracted little publicity, Japan and India have been gradually fleshing out their own joint program to support African development -- the Asia-Africa Growth Corridor plan -- which offers real potential to bring economic benefit to Africa.

The push by Tokyo and New Delhi is motivated in good measure by their concerns about China's rising global influence and a desire to cement the strategic partnership between two of Asia's largest democracies. But making the AAGC effective will require the two governments to pitch their plan as complementary to the BRI so that African nations are not asked to choose sides.

To Beijing, the strategic intent behind AAGC is unmistakable. In a recent article, China's state-owned Global Times newspaper warned, "If India and Japan design the corridor to deliberately counterbalance China's BRI, they should think twice before rushing into it." Chinese officials have instead separately said to both New Delhi and Tokyo that each would be better off cooperating in Africa with Beijing rather than with each other.

As an enhanced trade corridor, the AAGC plan stands to benefit the territory it passes through by deepening and expanding value chains, creating new channels of production, expediting the movement of people between Africa and Asia and improving infrastructure.

Tokyo and New Delhi have practical reasons to push the plan. Japan is a resource-poor nation that could benefit from Africa's vast natural resources. India has a range of mineral reserves, but insufficient fossil fuels to meet the needs of its bustling economy and large population.

The AAGC project thus provides an alternative development mechanism for Africa, potentially driving competition with the BRI that will benefit African businesses and trade in the long term. The initiative could also take advantage of growing skepticism about the BRI and the associated heavy debt loads taken on by countries such as Angola, Republic of Congo and Ethiopia. According to figures published on Nov. 14 by Moody's Investors Service, annual Chinese lending to sub-Saharan governments is now more than $10 billion as compared with less than $1 billion as of 2001.

Further, the AAGC builds on a long-standing business links developed by both Japanese and Indian companies in Africa. After centuries of engagement, trade between Africa and India is rising steadily and is expected to be worth $100 billion this year. Japanese direct investment in Africa, meanwhile, has increased fivefold since 2000, according to figures presented in October by Japanese Foreign Affairs Minister Taro Kono at the Tokyo International Conference on African Development ministerial meeting.

While the AAGC plan is just two years old -- three years younger than the BRI -- Tokyo and New Delhi have begun to mobilize significant funding. In the run up to the AAGC's launch, Japanese Prime Minister Shinzo Abe pledged to shepherd $30 billion in public and private funds to Africa over three years to support development of infrastructure, education and health care. This added to $32 billion committed over a five-year time frame in 2013.

Indian Prime Minister Narendra Modi, meanwhile, promised in 2015 to extend $10 billion in low-interest loans to Africa over five years. At their summit in late October, Modi and Abe discussed moving ahead with specific initiatives, such as a cancer hospital and a small business development seminar in Kenya.

China's headline commitments are bigger that those of India and Japan. In September at the Forum on China-Africa Cooperation, Beijing's equivalent of TICAD, President Xi Jinping promised to extend $60 billion in new funding over the next three years. This is to include $20 billion in credit lines, $15 billion in grants and low-interest loans, $15 billion in other financing programs and $10 billion in investment by Chinese companies. This follows a $60 billion public financing package pledge made at the 2015 forum.

Bigger loans of course usually also come with higher interest payments and Japan's Kono subtly highlighted the need for "sound debt management" in his remarks to African foreign ministers. Unlike China, Japan is among a group of countries which extend aid without any requirement that it be used on projects involving companies from their country, nor do its programs usually involve deployment of large numbers of its nationals.

China's aid programs are also coming under more question at home. Censors were kept busy after Xi's speech deleting online complaints that the $60 billion was not being spent on domestic needs at a time the economy is slowing and under pressure from the trade war with the U.S.

Yet, Japan and India need to bear in mind African leaders may see the AAGC as pitting them against China and possibly even long-standing partners in Europe and North America. Such bargaining for benefits would not be constructive for development goals.

Tokyo and New Delhi should present the AAGC to African governments as a mechanism for diversifying risk and reducing their potentially uncomfortable reliance on Chinese borrowings as their principal source of development finance. Indeed, the continent's gains would be greater if the AAGC, the BRI and Western initiatives functioned as complementary development mechanisms.

At a time when the world's major trading economies are increasingly looking inward, it may be a challenge for Japan and India to frame the BRI and the AAGC as complementary visions of globalization. But it is imperative for Africa that they do so. Progress in areas stretching from infrastructure to the development of trade capacity is essential to create a sustainable future for the continent's economies and their people.

Frank-Jurgen Richter is founder and chairman of Horasis: The Global Visions Community, a Swiss-based organizer of international summits of CEOs and government leaders.