The clouds gathering around China's Belt and Road 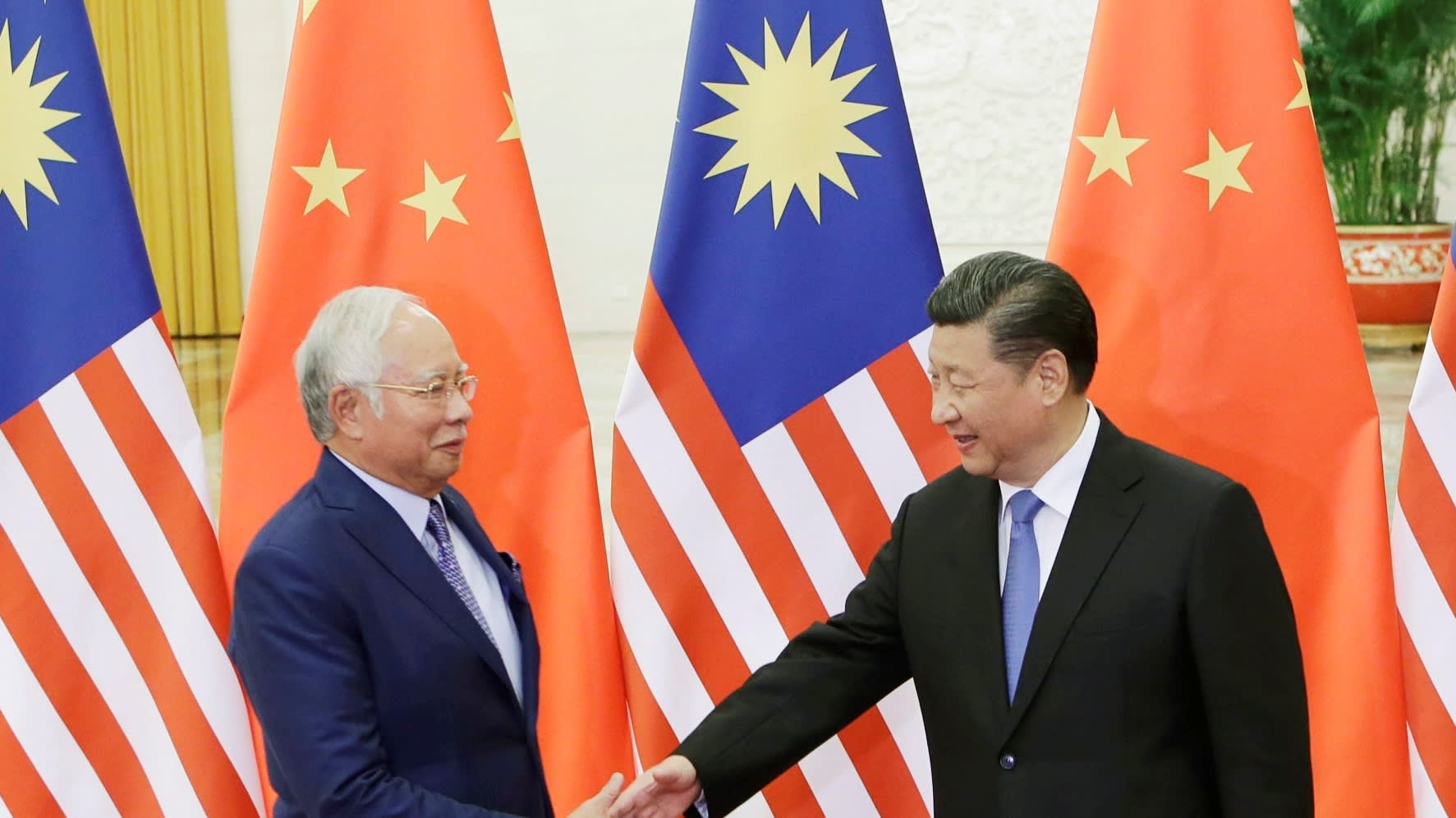 China's President Xi Jinping promises that his Belt and Road Initiative, a sweeping vision to put China at the center of the global economy through new infrastructure, trade deals and other connections, was a "plan in the sunshine."

But make no mistake, the BRI's outlook is darkening. Critics -- including some of Beijing's actual and potential partners -- are raising concerns about transparency, debt sustainability and usefulness, as well as questioning China's underlying strategic aims.

Blowback from the BRI's aggressive expansion can be seen in Malaysia's recent general election. The winner, Mahathir Mohamad, criticized Chinese projects for raising Malaysia's debt without delivering local benefits. He has promised to reexamine his predecessor's deals and renegotiate them if necessary. That will be difficult in practice, but the election suggests that skepticism of the BRI is spreading.

The questions about Beijing's intentions are not new, but recent developments suggest they are deepening in several Western capitals as well. Skepticism about the BRI is also taking hold in international institutions such as the International Monetary Fund. Western powers are still working on an effective response. If they are smart, they will resist the temptation to reject the BRI wholesale and focus instead on opposing specific projects and troublesome practices while advancing -- and funding -- cooperative infrastructure schemes of their own.

Last month, Handlesblatt reported that 27 of 28 national European Union ambassadors to Beijing signed a report noting the BRI "runs counter to the EU agenda for liberalizing trade and pushes the balance of power in favor of subsidized Chinese companies." The surprise is not that Hungary was the only EU member to abstain from signing the letter, but that Greece, which has stood with Hungary to weaken EU positions on China, signed on.

The BRI's bias toward China should not come as a shock. It is a Chinese-funded, Chinese-centric effort, a fact that jumps out from its maps, which depict a world in which all roads lead to Beijing. Our research suggests the BRI favors Chinese interests at the project level as well. As compared with transportation projects funded by the World Bank and Asian Development Bank, Chinese-funded projects include more Chinese contractors and fewer local and foreign contractors. Interest in the BRI will wane the longer this imbalance persists.

The BRI's impact on debt is also raising alarms. Although the BRI's scale is often exaggerated, BRI-related lending to smaller economies could create balance of payment challenges. Research by the Center for Global Development suggests these risks are highest in eight countries: Pakistan, Djibouti, Maldives, Laos, Mongolia, Montenegro, Tajikistan and Kyrgyzstan. Speaking in Beijing in early April, IMF Managing Director Christine Lagarde said the BRI "can also lead to a problematic increase in debt, potentially limiting other spending as debt service rises, and creating balance of payment challenges."

Debt risks also carry strategic implications. When recipient countries are unable to pay back their loans, they can find themselves making deals they would have never imagined. After Sri Lanka was unable to pay back its debt, it gave China a controlling equity stake and a 99-year lease for Hambantota port, which it handed over in December 2017. Officials in India and Japan worry the port could become a Chinese naval base in the future. It is not impossible to imagine this scenario playing out again in Djibouti, the Maldives, and other economies with rising debt levels.

What is striking is that these basic concerns -- about who benefits from the BRI, its economic risks, and its strategic implications -- are spreading. Early reactions in Delhi and Tokyo, once outliers in their skepticism of the BRI, now appear closer to the norm. Delhi has objected to the China-Pakistan Economic Corridor, which passes through disputed Kashmir, and underscored the potential of many infrastructure projects for military as well as civilian use. Tokyo has raised questions about the BRI's ability to benefit local economies, meet environmental standards, and uphold social safeguards.

Now similar views are gaining traction in Europe, Australia and the U.S. In January, French President Emmanuel Macron said the BRI could not be "one-way." In February, outgoing German Foreign Minister Sigmar Gabriel said, "The initiative for a new Silk Road ... is not a sentimental nod to Marco Polo, but rather stands for an attempt to establish a comprehensive system to shape the world according to China's interests." In March, British Prime Minister Theresa May declined to endorse the BRI during her visit to Beijing.

Australia wants to preserve trade ties with China, its largest trading partner, but has refrained from endorsing the BRI and its official statements have become tougher this year. In January, Australian Minister for International Development Concetta Fierravanti-Wells criticized Chinese infrastructure activities in the Pacific Islands, saying, "We just don't want to build a road that doesn't go anywhere." In early April, media reports that China is exploring setting up a military base in Vanuatu, a Pacific island nation less than 2000km from Australia's northern coast, a prospect that Prime Minister Malcom Turnbull said Australia "would view with great concern." Officials in Vanuatu and China have both denied the reports.

Washington has been sharpening its position since sending a delegate to the BRI Forum in May 2017. "In a globalized world, there are many belts and many roads," U.S. Defense Secretary James Mattis said last October. The same month, then-U.S. Secretary of State Rex Tillerson warned against Chinese financing and "predatory economics" in the Indo-Pacific region. Asked about the BRI during a Congressional hearing in April, U.S. Treasury Secretary Steve Mnuchin pointed to U.S. support for the multilateral development banks, including the World Bank, which the U.S. recently agreed to strengthen through a capital increase.

Collectively, these developments suggest the BRI may bring together China's competitors rather than dividing them. But the key question is whether converging reactions can be turned into a coordinated response.

What should such a response look like? In truth, the best response is not a response at all, but a more compelling vision. The BRI is vague and ill-defined. Opposing it risks constraining some activities that should otherwise be encouraged. The need for infrastructure investment in developing Asia alone far exceeds that which China or any other single actor can provide. An overly confrontational approach will also drive away some potential partners. The goal is not to oppose all Chinese infrastructure projects, but to encourage the delivery of sound projects, regardless of who is funding them.

Rather than framing a response against the BRI, concerned countries can explain what they are for: greater openness, transparency, financial oversight and so on. They can work to broader support for those principles bilaterally and multilaterally, through the G-20, multilateral development banks, and other international institutions. To further put those principles into operation, particularly for developing economies, they should scale up capacity-building administrative programs and pool resources to offer better infrastructure financing alternatives.

For all its flaws, the BRI has brought much-needed attention to the world's infrastructure needs. As a result, more countries are now realizing that infrastructure, often viewed narrowly as a technical and domestic issue, carries wider ranging economic and strategic implications. The storm that is now brewing may even result in better infrastructure alternatives. That would be a sunny outcome indeed.