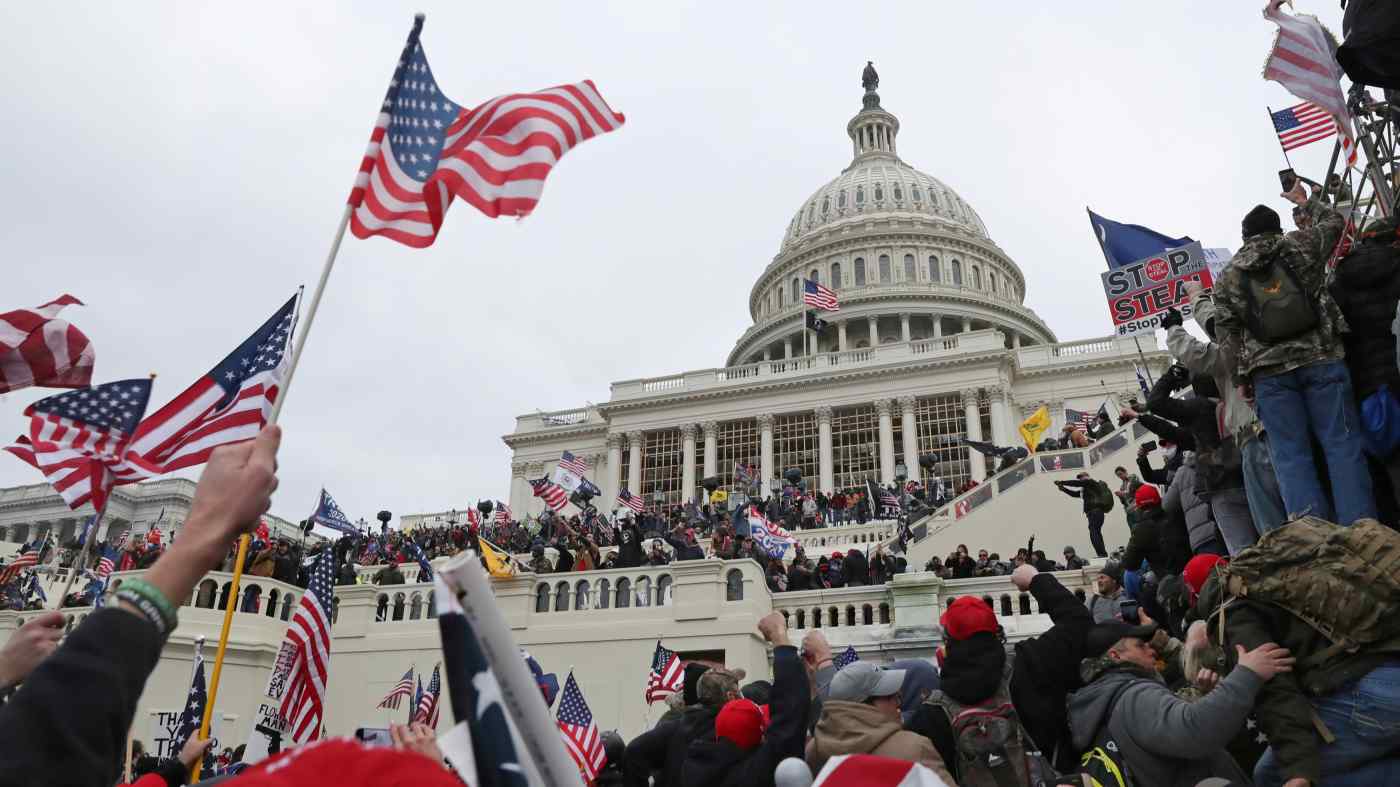 A mob of Trump supporters storm the U.S. Capitol on Jan. 6: it is a warning to any government that has tried to co-opt hyper-nationalistic, populist movements.   © Reuters
CopyCopied

Andrew North is a journalist based in Tbilisi. He has reported widely across the Middle East, South Asia, and Central Asia. He is a regular commentator on Asian affairs.

The storming of the U.S. Capitol by a pro-Trump mob is already enshrined in time with its own shorthand -- 1/6 -- drawing an explicit parallel with the impact of the 9/11 attacks on New York and Washington 20 years ago.