It has taken China so long to react.   © Reuters
CopyCopied

Angela Huyue Zhang is director of the Center for Chinese Law at the University of Hong Kong. She is author of "Chinese Antitrust Exceptionalism: How the Rise of China Challenges Global Regulation." (Oxford University Press, March 2021).

The United States and China are now locked in a dangerous legal war.

On Jan. 9, China's Ministry of Commerce issued new rules to block its companies and citizens from having to comply with "unjustified" foreign laws and measures in an attempt to counter increasingly aggressive U.S. sanctions against Chinese businesses and individuals.

The purpose of this blocking statute, similar to other countermeasures such as the "unreliable entity list" that China implemented last year, is more bark than bite.

It is hardly a surprise that China has adopted such a law. A long list of countries have implemented measures designed to block the applications of U.S. sanctions within their jurisdictions, including some of America's closest allies such as Canada and the United Kingdom. What is more surprising, however, is that it has taken China so long to react.

There has been a similar delay regarding the unreliable entity list. The Ministry of Commerce first announced its intention to publicize a list of unreliable foreign entities and individuals that have imposed bans on supplying Chinese companies in May 2019, but so far no foreign entity has been explicitly named. What is holding China back?

For one thing, these types of countermeasures have severe limitations. Take the example of the blocking statute. China can only invalidate the effects of U.S. law within its domestic jurisdiction. And although businesses are promised protection in China, they are still subject to penalties for noncompliance with U.S. sanctions in other overseas jurisdictions.

More importantly, the penalty for violating U.S. sanctions not only includes hefty fines and restricted access to the U.S. market, but also potential criminal liability for business executives. Thus, for many global companies, succumbing to U.S. pressure -- no matter how difficult -- is probably the only rational choice of action.

This was what happened to European businesses when the European Union amended its blocking statute in response to the U.S. reimposing sanctions on Iran in 2019. Having no choice but to quietly concede, many European companies complied with the U.S. sanctions law by winding down operations in Iran without explicit reference to the U.S. sanctions. This will likely be the approach that foreign multinationals with a significant presence in China will adopt in trying to fulfill demands under both U.S. and Chinese sanction rules.

The Chinese government has now opted for a carrot and a stick approach toward foreign businesses. On the one hand, Beijing has vowed to provide a more open and friendly business environment to attract foreign capital. The recently concluded comprehensive China-EU investment agreement has significantly lowered the barriers of entry for many European businesses in the insurance, health care and automobile sectors.

Meanwhile, China is following through on its pledges regarding the phase one trade deal reached with the U.S. to remove many foreign investment restrictions on securities and financial firms. U.S. financial institutions such as Goldman Sachs, Morgan Stanley and BlackRock are piling into China's newly open financial sectors.

On the other hand, China is putting pressure on foreign companies by threatening to penalize them if they comply with U.S. sanctions. Since the start of the U.S.-China trade war in 2018, many multinational companies operating in China have been caught between a rock and a hard place when it comes to deciding whether to comply with U.S. or Chinese laws.

In 2019, American logistics giant FedEx faced a regulatory probe from the Chinese government for rerouting several of Huawei Technologies' packages to the U.S. without authorization. And HSBC was negatively portrayed in the Chinese media for handing over potentially incriminating evidence about Huawei's dealings with Iran to the U.S. Department of Justice. 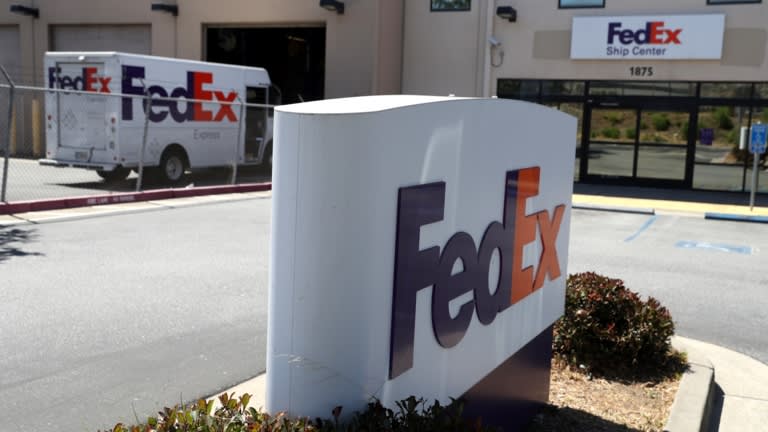 To be sure, Beijing is acutely aware that its countermeasures will significantly increase the regulatory burden for foreign multinational companies operating in China. This could create a backlash by accelerating decoupling, an outcome that will harm China's interests.

Since the start of the U.S.-China trade war, U.S. businesses with a significant presence in China have been Beijing's biggest countervailing political force in Washington. And further enticing European businesses into the Chinese market will help China forge a stronger alliance with the EU to thwart the new Biden Administration's multilateral plan to isolate China.

So, the key to China's strategy here is to make its punishment probabilistic rather than certain. From Beijing's perspective, a successful threat is one that is not actually carried out. China has adopted its countermeasures primarily with the purpose of influencing rather than actually penalizing foreign companies.

By strengthening its sanction power, Beijing hopes that the threat of potential sanctions can dissuade the U.S. from adversarial trade and legal strategies. This also reflects a commitment from China that in the absence of a U.S. attack, China will not have any incentive to mete out punishment against foreign companies.

As such, Chinese sanction laws will at most be used to fight a limited war, rather than being turned into a weapon of mass retaliation.