The hidden costs of Pakistan's crackdown on Iranian oil smuggling 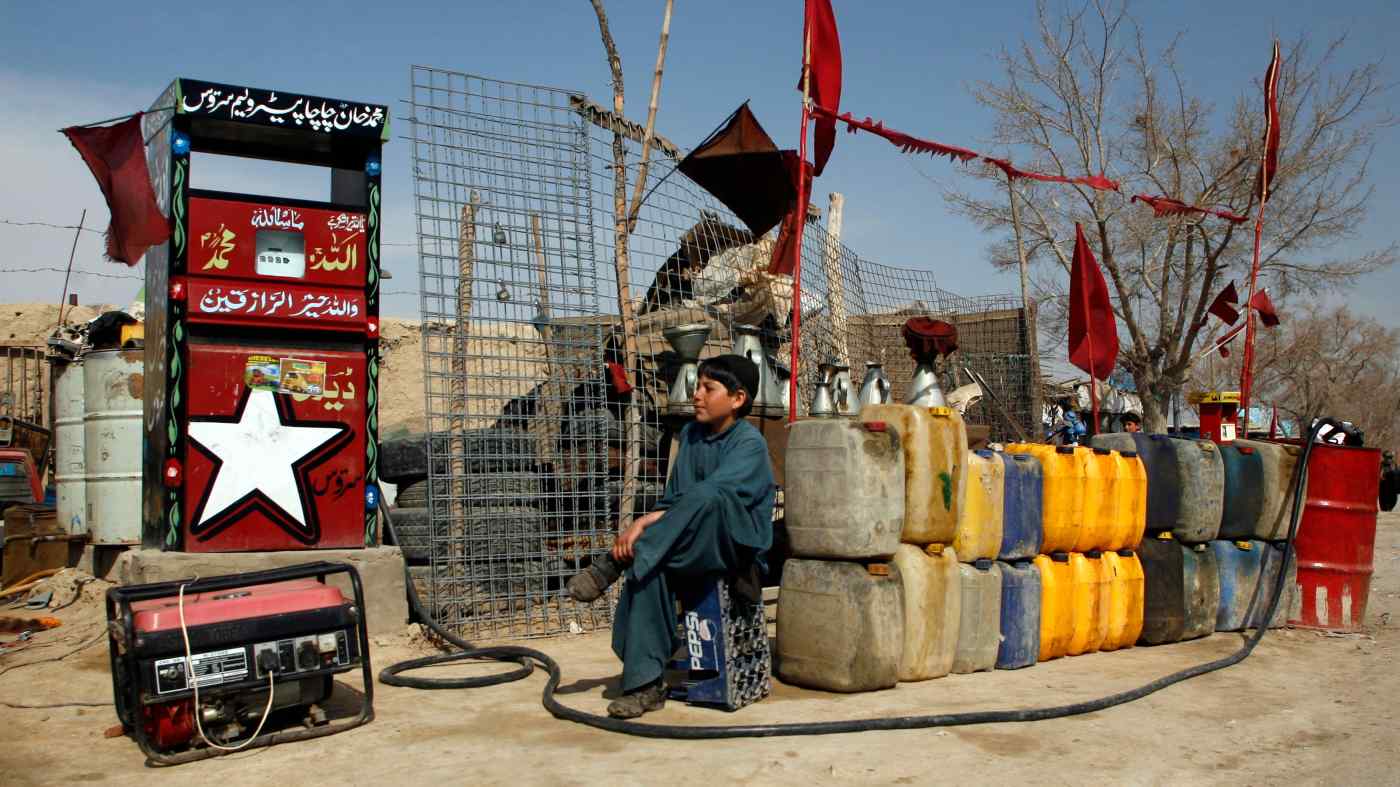 Plastic canisters filled with petrol from Iran at a roadside station on the outskirts of Quetta, Pakistan: Iranian oil has become widely available across the whole country.   © Reuters
CopyCopied

Akbar Notezai is a journalist based in Islamabad.

After the U.S. imposed sanctions on Iran in 2013 to cut oil exports, the smuggling of Iranian petroleum products has become an entrenched part of its ailing economy.

The smuggling of fuel and goods has been going for decades through the 900-kilometer porous border that separates the southwestern Pakistani province of Balochistan from Iran, becoming the primary source of income for the hundreds and thousands of ethnic Baloch families living across the desolated area.

Surreptitiously and quietly, illicit petroleum products have been continuously smuggled from Balochistan to other parts of Pakistan. Until, that is, a major drive against Iranian oil smuggling recently given the go-ahead by Pakistan's Prime Minister Imran Khan shed light on the practice.

But putting an end to such a giant racket that has developed over such a long period of time will not be as easy as it looks for the central government in Islamabad as it looks.

In Balochistan alone, up to 2.2 million people directly depend on oil smuggling, thanks to the lack of available economic opportunities in the troubled province. The reality on the ground is that with such a large chunk of Balochistan's population so dependent on oil smuggling, many of the province's estimated 12.3 million people are now living hand to mouth following the crackdown.

The only border Pakistan shares with Iran, Balochistan province is awash in Iranian oil. Not only is it cheaper than the oil Pakistan officially imports, but it is also more widely available, and can be found in every nook and corner of the province via illegal petroleum retail outlets.

And not just in Balochistan. Over the decades, Iranian oil has become more widely available across the whole country. According to a report published in Dawn, Pakistan's largest and oldest English-language newspaper, the highest numbers of illegal petroleum retail outlets are in Punjab province, with 1,317, followed by 343 in Khyber Pakhtunkhwa, 336 in Sindh and 98 in Islamabad Capital Territory. Karachi, the former capital and Pakistan's most populous city in Pakistan, has up to 68 illegal petroleum outlets selling smuggled petrol, followed by 55 in Peshawar.

Despite its proximity to Iran, Pakistan's long-standing allies are Tehran's archrivals. No has does Pakistan have much of an aboveboard trading relationship with Iran either. Yet paradoxically, the two countries remain somehow intertwined. Whatever the consequences, Pakistan still has to live with its neighbors.

Even after the crackdown on smuggling, everyone knows that the oil is still flowing, albeit at a slower rate. With so many officials bribed into silence, the reality is that most people understand that there is little anyone can do to end it either. The sale of smuggled Iranian oil in Pakistan will still cost the central government tax losses worth around $1 billion in the coming 12 months.

Perhaps the most salient point regarding the illicit oil trade is that it highlights the failure of the China-Pakistan Economic Corridor to significantly boost the local economy. One of Beijing's most ambitious projects under the Belt and Road Initiative umbrella, the CPEC originates in the Balochistan port town of Gwadar but has not delivered employment opportunities for young people as promised. 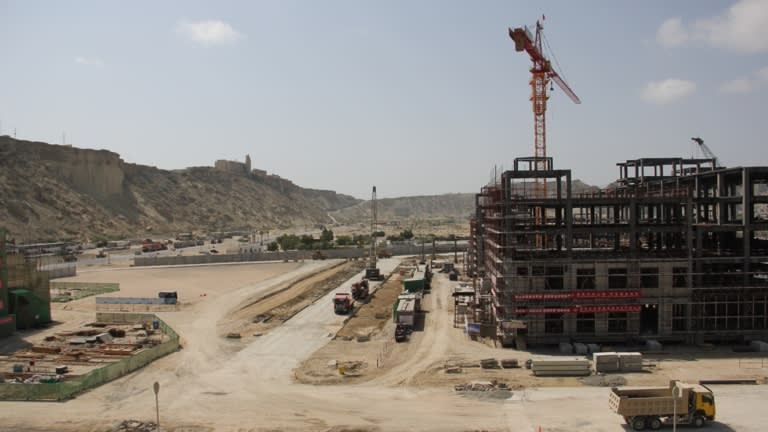 A construction site at the port of Gwadar, pictured in October 2017: the China-Pakistan Economic Corridor has not delivered employment opportunities for young people as promised.   © AP

Moreover, while China is engaged in several multibillion-dollar projects, particularly the Saindak and Duddar zinc projects, the investment has not made the least difference to the lives of educated youth in the province. As a result, such people are forced to turn to oil smuggling after finishing their education due to the lack of employment opportunities in the region.

Wracked by a violent separatist insurgency that has been going for almost two decades, Balochistan is also experiencing so much sectarian violence that the Sunni terrorist organization Islamic State has carved out a role for itself, claiming responsibility for a number of recent attacks.

In January, for instance, Islamic State claimed responsibility for butchering 11 coal miners from the Persian-speaking Shia ethnic group, the Hazaras. Local authorities claim that Islamic State is now targeting unemployed youth for recruitment. A complete ban on oil smuggling will likely further push these youngsters into the arms of Islamic State.

On the Iranian side of the border, the same ethnic Baloch are involved in the same racket. Like the Baloch living in Pakistan, Iranian Baloch are poor and live below the poverty line. They have no other source of income but to smuggle oil out of Iran and into Pakistan.

Meanwhile, being Sunni in the largely Shia nation, Iran's ethnic Baloch complain of systematic discrimination and inequality. Some of them have been engaged in a low-intensity asymmetric conflict with Iranian armed forces. Another layer of complexity is that U.S. sanctions mean that Tehran is only too happy to turn a blind eye to smuggling, as it has become an important source of income for the country's beleaguered economy. Another advantage is that oil smuggling helps keep Iran's Baloch youth from militant insurgents.

Until or unless there is an alternative source of income for these people who are poor and have no other source of livelihood, oil smuggling will continue to fester. It is time Pakistan and Iran started acting in the interests of the job youth on both sides of the border.