The looming complications of long COVID

Start-and-stop recovery will have economic, political and social consequences Empty chairs on a beach in Phuket, pictured in March 2020: an inability to vaccinate its populations means the country will be less appealing as a tourist destination.   © Reuters
CopyCopied

A year into the pandemic, the health effects of COVID-19 speak for themselves -- more than 105 million people known to be infected worldwide, more than two million dead.

The good news is that effective vaccines are well on their way; the bad news is that we are looking at a start-and-stop recovery for at least the next year, with all the economic, political and social complications that brings.

First, the uneven recovery process will widen divides within countries. For developed economies, the virus has disproportionately hit the earnings of low-income and service workers; in many instances, that has also meant the brunt of the economic downturn being borne by women and people of color.

Countries that have the financial means to help their citizens are in a privileged position, but even in the United States, the richest country in the world, various rounds of stimulus have been held up by political games. It is also far from guaranteed that whatever President Joe Biden and the Democrats eventually pass through Congress will be enough to help the country's most vulnerable beyond the next few months.

In Europe, while the pandemic relief package came together quickly, the money will not be distributed in earnest until the second half of the year. Both Europe and the U.S. have been struggling with populism in recent years, fueled both by frustration with establishment politics and fears for increasingly uncertain futures; inadequate assistance to those that need it most right now has the potential to extend those struggles for longer.

In developing economies, a similar story is playing out with those most economically vulnerable bearing most of the economic hit, a reality that will intensify existing class, ethnic and religious tensions in many countries. Compounding the challenges is that the world's developing economies do not have the same resources for major stimulus efforts or robust social safety nets, a particular problem for countries in Latin America, the Middle East and beyond.

Countries may be tempted to borrow the money to help them survive the immediate challenges posed by COVID, but that in turn could lead to a debt crunch if those funds are not administered wisely, or if the global economy takes longer than expected to recover. That is entirely possible given the new mutations of the virus taking hold.

The inequality of recovery between countries brings problems of its own. Countries that do not have their own vaccine production capacity -- and do not have the means to purchase them outright from suppliers -- will suffer the most vaccine delays. The World Health Organization's COVAX distribution initiative helps, but it will only ramp up once wealthy countries have vaccinated significant portions of their own populations. Vaccination delays mean more travel restrictions for poorer countries, making it harder for them to dig out of their current economic holes, particularly for countries that rely on remittances. 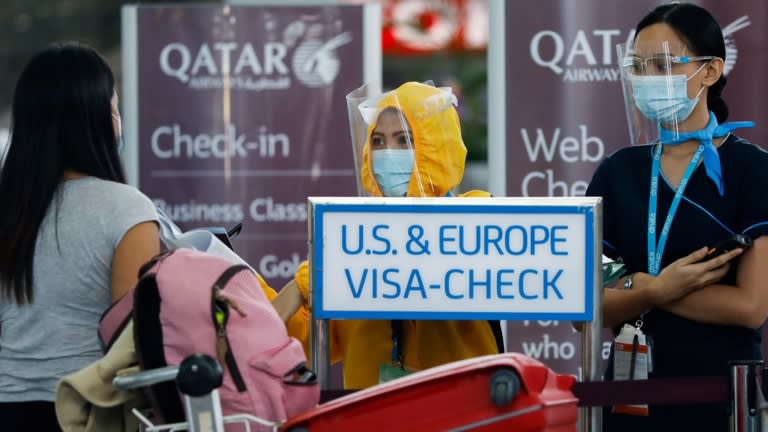 An inability to make much headway in vaccinating their populations also means many of these countries will be less appealing as tourist destinations, a particular problem for countries like those in Southeast Asia whose economies and populations are dependent on tourism inflows.

Some will be tempted to dismiss these concerns as problems for specific countries rather than the entire world. The people making that argument would do well to remember that in a globalized world such as ours, the struggles of developing countries have real knock-on effects; our global economy will not return to what it was until all countries manage to get the pandemic under control.

As bad as 2020 was in terms of the world fighting the pandemic, the economic response was robust nearly across the board. But as the recovery gets underway and the health crisis becomes less acute, the economic and political responses will become more uneven. That will not just complicate our domestic politics, but our geopolitics as well. Policymakers would be wise to start taking that into account.