The meaning behind the pageantry of China's Two Sessions

As with all political rituals, the meetings serve important purposes 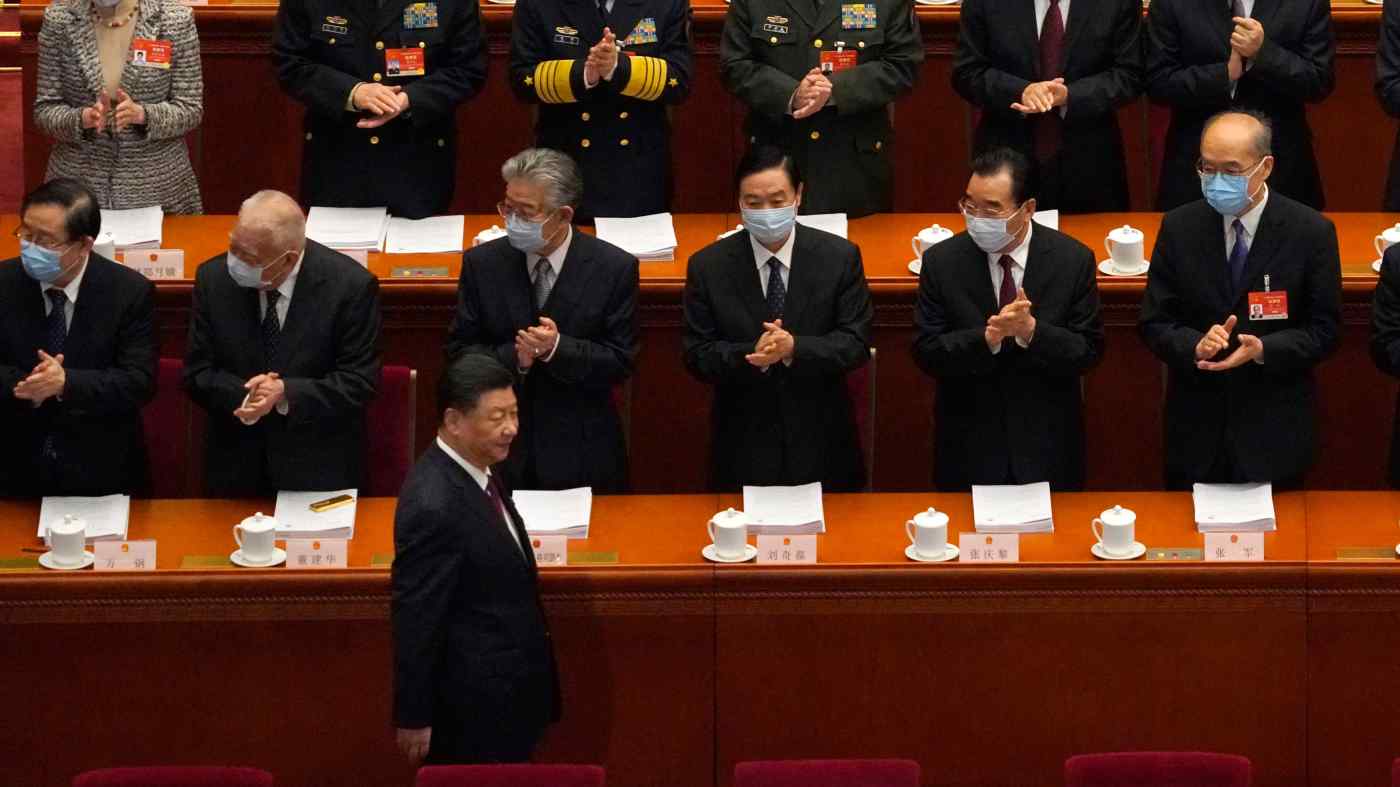 Delegates applaud as Xi Jinping arrives for the opening session of National People's Congress on Mar. 5: Xi needs to build a strong case that he is the right man for China.   © AP
CopyCopied

China's Two Sessions -- the annual meeting of the National People's Congress and the Chinese People's Political Consultative Conference -- hardly seem worth the pageantry the Chinese government lavishes on them.

The weeklong gathering of the NPC, the country's rubber-stamp parliament, merely endorses decisions already made by the ruling Chinese Communist Party, while delegates to the political consultative conference are mostly retired officials, business tycoons and celebrities who fall over themselves to sign the party's praises.

Yet, as with all political rituals, the two sessions serve important purposes, and this year will be no different.

As the Communist Party marks its centennial on July 1, the 2021 meetings which end on Friday will highlight the party's achievements in general, and the leadership of its general secretary, Xi Jinping, in particular. We should expect a narrative of the CCP's success in turning China from an impoverished country into the world's second most powerful country in merely seven decades.

Chinese leaders will not waste the occasion to congratulate themselves on containing COVID-19 and use it as evidence of the superiority of China's one-party rule. The center of attention is President Xi.

As he gears up for extending his tenure beyond the implicit two-term limit observed by his immediate predecessors, Xi needs to build a strong case that he is the right man for China when the country faces a hostile United States bent on thwarting its rise. Even though he faces no overt opposition within the party, he will surely not mind taking all the credit for leading the country through the COVID crisis.

Besides its mostly ritualistic functions, the meetings also occasionally unveil important policies. On the agenda of this year's NPC session, two items likely to attract the most attention.

The first item is the pro forma approval of a draft law that revising election laws in Hong Kong. Last year, the Communist Party used the annual NPC session to announce its imposition of a national security law on the restive former British colony, effectively ending its semi-autonomous status.

However, the party has unfinished business there. The proposed law, when approved by the NPC, will make it impossible for pro-democracy activists to run for elected office at any level, thus satisfying China's desire to root out democracy in Hong Kong once and for all.

Over the past four months, China's planners have been working hard to turn the framework into an operative plan. When the draft plan is presented at the NPC session this week, we should have a much better idea of how Beijing intends to sustain economic growth in an adverse external environment.

The first pillar is achieving technological self-sufficiency. Since the U.S. will unlikely relax restrictions on the transfer of critical technologies, China has no choice but to rely on its own capabilities in the coming years.

Semiconductor electroplating workshop in Nantong: China has no choice but to rely on its own capabilities.   © VCG/Getty Images

The section on science and technology in the new five-year plan is expected to spell out ambitious policies to achieve technological self-sufficiency with increased funding for research and development, a revamped national innovation system, and massive investments in sectors where China is most vulnerable to American sanctions, such as advanced semiconductor, jet engines and avionics.

The second pillar is a growth strategy centered on the so-called dual circulation. The central idea of dual circulation is that China will rely mostly on its vast domestic market to generate future growth, thus making U.S. tariffs a less potent instrument to slow down Chinese growth. Dual circulation also involves using access to the Chinese market and manufacturing competitiveness to promote further integration of the Chinese economy with the rest of the world, excluding the U.S.

While dual circulation sounds appealing, China still needs to convince its trading partners of its feasibility. The further opening of the Chinese market is required to entice more foreign countries, in particular U.S. allies, to maintain and increase their business interests in China.

Without offering more incentives, Beijing will find the concept a hard-sell, especially when its main trading partners are already worried about their overdependence on China. Equally important, since the American economy is so deeply embedded in the global economy, China may find de-Americanization practically impossible, just as the U.S. is beginning to understand the difficulties of complete decoupling.

The third pillar of the new five-year plan is the expansion of domestic demand. In the past, Beijing has repeatedly vowed to rebalance the economy by shifting growth from investment to consumption. But progress has been painfully slow.

In 2019, the year before COVID, total consumption, both public and private, still accounted for only around 55% of the economy, compared with 64% in 2000, according to China's 2020 statistical yearbook. The new five-year plan will not be seen as credible if it contains few specific measures to raise household income.

As we watch the proceedings of the Two Sessions, we should ignore the pageantry and focus on the substance of China's new economic strategy.