The wild card that will make or break Myanmar's coup

Country's ethnic minorities will decide which way this goes 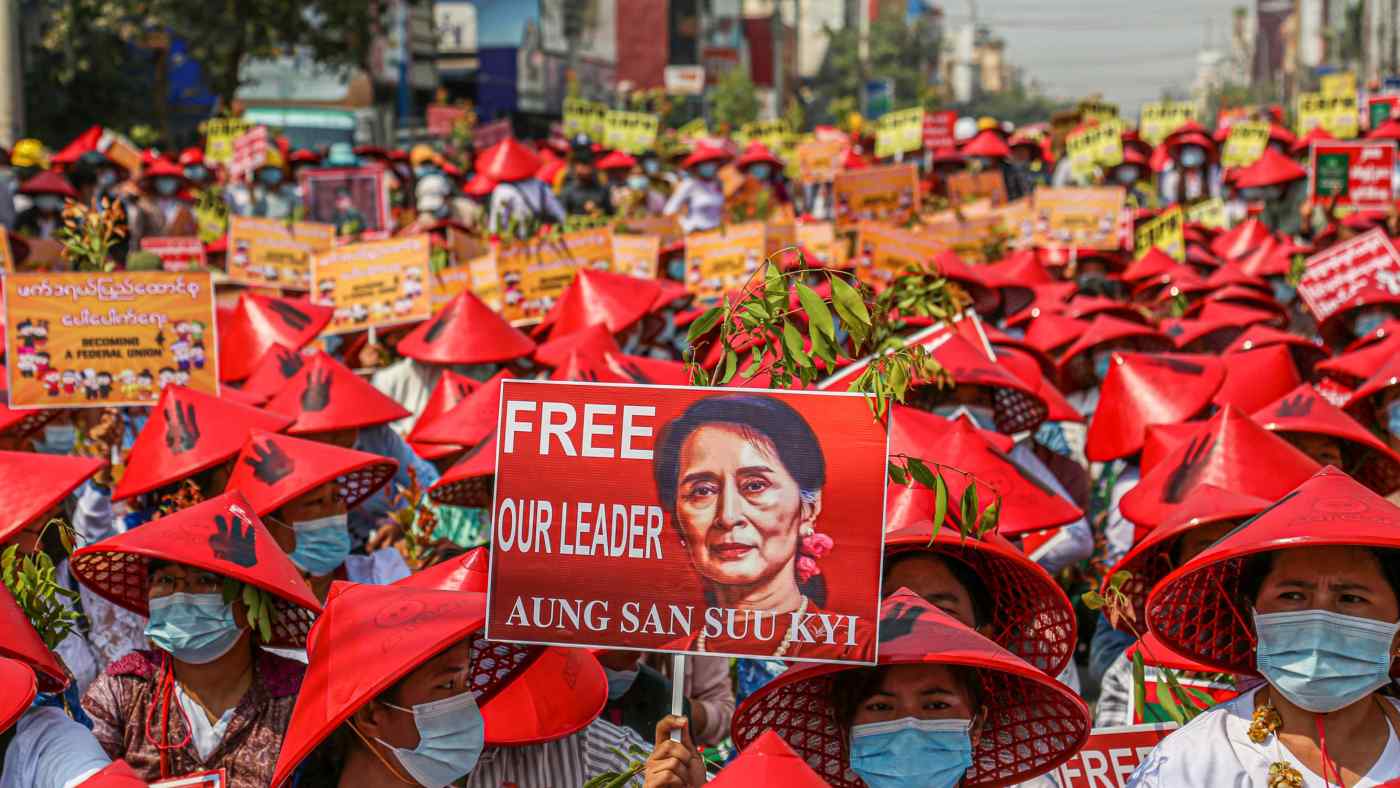 Teachers protest against the military coup on the street of Mandalay on Feb. 28: the junta believes it can ride these protests out.   © Sipa/AP
CopyCopied

Philipp Annawitt served as an advisor to Myanmar's parliaments and government from 2015 to 2021.

Since Feb. 1 coup, in which Myanmar's senior generals toppled and arrested the leadership of the country's civilian National League for Democracy government, a civil disobedience movement erupted in response. Growing steadily, it has brought hundreds of thousands of people to the streets on a daily basis.

This Generation Z-led movement cuts across Myanmar's social and ethnic spectrum. Protests have hit the civil service and banking sectors and crippled public transport. The junta has lost control of administration and yet remains wary about escalating the situation.

It has instead engaged in a campaign of psychological warfare designed to undermine the mobilization and coordination of protests, continued to arrest NLD and resistance leaders, placed further limits on civil rights, muzzled the media and disrupted social networks.

The civil disobedience movement will not continue forever. Myanmar is a poor country badly hit by COVID-19, and most people can ill afford to miss a paycheck. The junta clearly believes it can ride these protests out.

In the immediate aftermath of the coup, the NLD was reeling. Some MPs formed a committee representing the national parliament, but failed to elect a leader. Now that the junta has issued arrest warrants for committee members, forcing them into hiding, the committee has begun putting together a shadow government. It will need to bring on Myanmar's broad ethnic minorities.

These ethnic minorities are the X Factor that will decide the fate of this coup. One of the most diverse countries in the world with over 130 recognized ethnic groups, Myanmar's majority Burmans dominate the military and the NLD, living predominantly in the Burmese heartland regions along the Irrawaddy River. The ethnic minorities live mostly in the ethnic states in the country's borderlands.

In all these states, ethnic political parties are active, with ethnic armed organizations still fighting the Tatmadaw, the official name of Myanmar's armed forces, for increased autonomy. Many hold pockets of territory that are beyond the reach of the central government.

The junta and the NLD both need the support of ethnic minority political actors. The junta has enlisted the strongest political party in Rakhine State in the west of the country and the biggest ethnic party in Eastern Mon State. In the north, ethnic armed organizations mostly supported by China are staying above the fray.

The NLD will turn to the east, home to the most outspoken ethnic minority opponents of the coup -- Karen, Mon, Karenni and Shan groups. Early on, ethnic minority civil society organizations have called for all people of Myanmar to unite against the coup. A group of 10 ethnic armed organizations then announced they would assist the protesters "in any way they can."

A leading figure in one ethnic armed organization spelled out to me exactly what that means: they are currently weighing under what conditions to return to armed struggle against the junta.

The NLD has announced the formation of local-level administrative bodies to fill the vacuum a weak junta cannot. Two general strike committees with labor union and civil service representatives and ethnic political representatives have also formed to support a general strike. Though these structures are not yet fully coordinated, think of them as a proto-government that will soon include ethnic political parties.

"It will be key for the NLD to convene a unity government unifying the civil disobedience movement and ethnic minority actors before the protests fizzle out," Maw Tun Aung from the Shan Nationalities League for Democracy, the biggest ethnic minority party in Myanmar, told me.

As soon as the new unity government is formed, the junta will go after it hard. The unity government will be able to survive for a short time underground, but sooner or later, it will need to repair to a place beyond the reach of the military -- possibly in Myanmar's southeast.

The NLD is coming to this realization and is reaching out to ethnic armed actors. As one member of a powerful ethnic armed organization active in the southeast told me: "We oppose the coup and are willing to cooperate, but not just to put the NLD back in power." 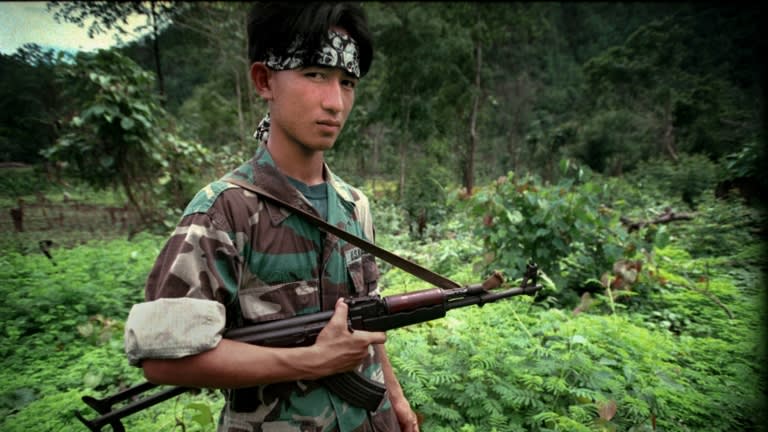 A soldier from the Karen National Liberation Army patrols near his base at New Myanarplaw in June 2004: the NLD is reaching out to ethnic armed actors.   © AP

The NLD will have to make far-reaching concessions to its prospective ethnic allies to bring them into the government. That means true federalism, increased resource-sharing and bottom-up constitution-building.

A coordinated show of force of mass street protests, mobilization of powerful ethnic political and military actors, international pressure, and targeted sanctions by a fledgling coalition of nations including Japan, India, the U.S., the U.K., the EU and Australia joined by some members of the 10-nation Association of Southeast Asian Nations such as Singapore may yet push the junta toward a peaceful exit, or convince other military officers to toss them out.

The window for international intervention is widening. But the negotiations will not be easy as the positions on the ground are hardening.

"We cannot negotiate with those people who commit crimes against humanity. This is not only us, NLD. Most of the citizens of Burma would not accept negotiations with the junta," Phyo Zeya Thaw, member of the NLD Central Committee, explained.

Maybe the military leadership can indeed be convinced to toss out the junta. Failing some sort of negotiated exit, Myanmar will likely slip into a long, arduous and violent struggle for democracy.