TikTok deal puts Japan between a rock and a hard place Aynne Kokas teaches media studies at the University of Virginia and is the author of "Hollywood Made in China."

Whoever wins Tuesday's U.S. presidential election, one of the biggest issues facing lawmakers around the world will be how to deal with Chinese-owned social media sensation, TikTok.

No more so than in Japan, where TikTok is one of the country's most popular social media apps, yet local regulators have serious concerns about the video-sharing platform's data protection for its citizens.

With the U.S. government -- which initially banned TikTok -- now reviewing a data-sharing deal with TikTok's owner Bytedance and U.S. tech company Oracle, the problem for Japan and other countries is that Washington seems to be looking out only for itself.

Firstly, without U.S. pressure for meaningful reform of TikTok, how does Japan or anyone else ensure adequate data protection? Secondly, the TikTok-Oracle deal highlights the problems Tokyo faces as China and the U.S. -- Japan's two largest trading partners -- slug it out over tech.

It remains unclear how Oracle would oversee TikTok data, or what it would do if it found improper data utilization by ByteDance. It strains credibility to believe that Oracle would become a demanding critic of ByteDance, given the treasure trove of data that the partnership will allow the company to access. 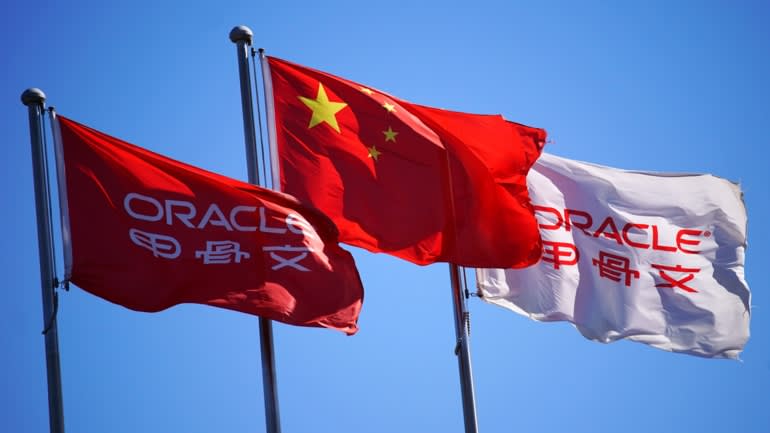 It remains unclear what Oracle would do if it found improper data utilization by ByteDance.   © Reuters

As it stands today, the U.S. tech sector lacks transparency due to impenetrable corporate algorithms and data storage practices. Chinese oversight of its tech sector also lacks transparency, even for Chinese tech companies. In a deal that combines the two, Japan will have few clear outlets for managing risk with regard to the new TikTok Global, or any other future tech deals between the U.S. and China.

Japan has long struggled to stay abreast of the changing U.S.-China tech landscape. Back in 2017 Japanese lawmakers passed a data protection law preventing its citizen's data being exported, with the legislation taking effect the day before Beijing implemented its own cybersecurity law focusing on storing data in China.

To keep the U.S. happy, Japan agreed to a 2019 bilateral trade deal focused on digital trade, despite the Trump administration having withdrawn from the far more robust Trans-Pacific Partnership trade deal. Despite Japan's strenuous efforts to formalize digital trade relations, the TikTok-Oracle deal shows how that when it comes to the U.S.-China tech war, Tokyo is virtually powerless.

Beyond its opaque data management, both ByteDance and Oracle have not got their stories straight either when it comes to how much actual Chinese investment is involved. Oracle's executive vice president Kevin Glueck said ByteDance would have no stake in the newly created TikTok Global. ByteDance, by contrast, asserted that it would own 80% of the new entity.

With ByteDance not publicly relinquishing its claim to the company, and the Chinese government making it clear that it will not allow any divestment of TikTok's algorithm, even members of Donald Trump's own party have questioned the effectiveness of the agreement. It is hardly a model for other countries seeking to contend with the Chinese tech challenge.

Washington's weak enforcement of the "ban" on TikTok suggests trouble ahead for U.S.-based users concerned about Chinese data gathering. It presents even bigger problems for Japan, with Beijing warning Tokyo that taking action against TikTok would lead to significant trade consequences.

It is precisely at this moment that Japan needs a strong ally in the U.S. But instead of pushing back against China to create greater transparency when it comes to Chinese corporate data gathering practices, the U.S. has signaled approval of a deal that makes those practices even more obscure.

In addition to having to contend with the Chinese government and U.S. companies stonewalling about their data gathering practices, the TikTok-Oracle deal creates an entity that gives cover to Silicon Valley's secretive behavior when it comes to content moderation.

So how can Japan expand its tech policy partnerships with fellow democracies? To counter U.S. self-absorption, Japan should work in coalition with regional partners, as well as democratic governments in the European Union, as well as India, and Australia, to expand standards for data gathering and corporate transparency that protects Japan's competitiveness.

Allowing the free flow of data between Europe and Japan has been an important first step. Expanded economic zones for the movement of data with other countries also caught between China and the U.S. will further stabilize the global digital landscape.

Japan has enacted national regulations to prevent user data from moving to outside countries. Tokyo must now sift through the morass of an increasingly murky global consumer technology sector to enforce compliance.

In an earlier era of U.S.-Japanese friendship, data governance protections under the TPP trade deal would have provided both countries with the regional leverage to work with China on TikTok's data transparency. To be sure, the U.S. joining the TPP would not have guaranteed a better outcome. But it could hardly have been worse.