Tilt toward China is at stake in Sri Lanka's presidential election

Sri Lanka votes Saturday to elect a new president, yet the family names of the leading candidates are familiar. The top contenders are Gotabaya Rajapaksa, whose brother held the presidency from 2005 to 2015, and Sajith Premadasa, whose father led the country from 1989 to 1993.

In terms of foreign policy, the two candidates crudely represent a choice between the continuity of current policies under Maithripala Sirisena, who repaired strained relations with India and the West, and a return to a more China-centric policy.

Rajapaksa heralds the return to China. A former soldier who served as Secretary to the Ministry of Defence during his brother's regime, he oversaw the military strategy that resulted in the annihilation of the leadership of the Tamil Tigers and the ending of the long-running civil war in 2009.

His brother, Mahinda Rajapaksa, had got into office on the back of hostility to the West, which had underwritten a putative peace process in 2002. As a part of the peace settlement, in 2003 the U.S., EU, Japan and Norway pledged $4.5 billion in reconstruction aid, but emphasized that assistance was linked to progress in the peace process, which involved concessions to the Tamil Tigers.

In the election of 2005 Rajapaksa capitalized on public disquiet over violations of the current cease-fire and heavy foreign involvement to portray the peace deal as a sellout to the Tamil Tigers and the West. When the fighting resumed the next year, it was particularly brutal, earning the condemnation of Western nations.

Rajapaksa's foreign policy, which already viewed the West negatively, gravitated further toward countries which were less critical. Leaders such as Russia's Vladimir Putin who stood up to the West were seen as models, and China, carrying a large checkbook, was viewed as particularly useful.

Following the end of the conflict in 2009, Chinese companies became involved in infrastructure development, building ports, airports, power plants and much else. Relations with India soured over extensive Chinese involvement in what it regards as its own backyard. This is the legacy Gotabaya Rajapaksa bears.

The shock defeat of the Rajapaksa regime in 2015 by Sirisena saw a change in foreign policy. The victory was hailed as triumph of democracy and welcomed by the West and India. Relations with the West and India improved and China was effectively sidelined.

Large China-backed projects were put on hold and the government threatened to renege on Chinese contracts. Economic pressures have meant that some of these projects have now resumed but the attitude to China remains lukewarm. China itself is generally thought to view the current regime as unfriendly and welcomed an abortive constitutional coup in October 2018 that temporarily installed Mahinda Rajapaksa as prime minister. 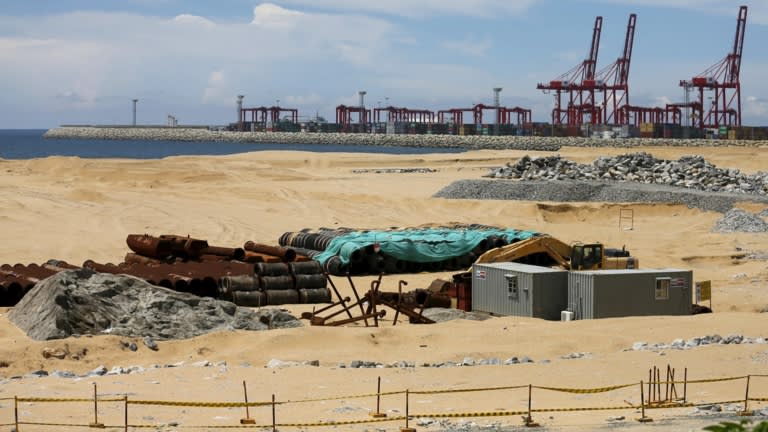 Thanks to term and age limits placed by the new government, neither Mahinda Rajapaksa nor his son is qualified to run for president, so Gotabaya Rajapaksa, who had to give up his U.S. citizenship in order to run for office, is seen as proxy.

Mahinda Rajapaksa is likely to contest the parliamentary election due next year with a view to obtaining the now powerful office of prime minister, thus he would be influential in shaping policy in his brother's government.

In any case, both are believed to share a similar worldview. A change in regime now would lead to a foreign policy realignment more favorable to China, although for economic rather than political reasons.

Battered by war, Sri Lanka faces periodic balance of payments crises and in 2016 received a $1.5 billion bailout from the International Monetary Fund -- the fourth bailout since 2001. Election giveaways mean the current IMF program is unlikely to be completed.

A pivot to China does not necessarily mean upsetting the West. The Rajapaksas are shrewd politicians and, while critical of the West, have shied away from open confrontation, not least because several key members of the regime are either foreign citizens or have permanent residency there.

The international landscape today is also very different from the previous Rajapaksa era.

Trump's foreign policy is distrustful of U.S. allies, scornful of international institutions and indifferent, if not downright hostile, to the liberal international order. In the immediate aftermath of the war in 2009 questions over atrocities, accountability and reconciliation were dominant. Ten years on, in a new global landscape, this is no longer the case.

The Rajapaksas are likely to seek accommodation with Trump, pointing to the Isis-inspired attacks on churches in Sri Lanka to present a case for alliance against a common threat from Islamic terror. India's Narenda Modi is likely to be courted in similar terms.

A Europe distracted by Brexit may be less willing to pursue difficult questions on Sri Lanka unless some serious new problems arise.

The new foreign policy is therefore likely to be more nuanced than the previous Rajapaksa era, but China will remain the first friend. For a floundering, debt-ridden economy, China's deep pockets present a far more attractive partner than the strictures of an IMF bailout. 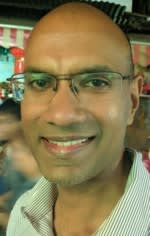 Ravi Ratnasabapathy is an independent consultant in Sri Lanka.