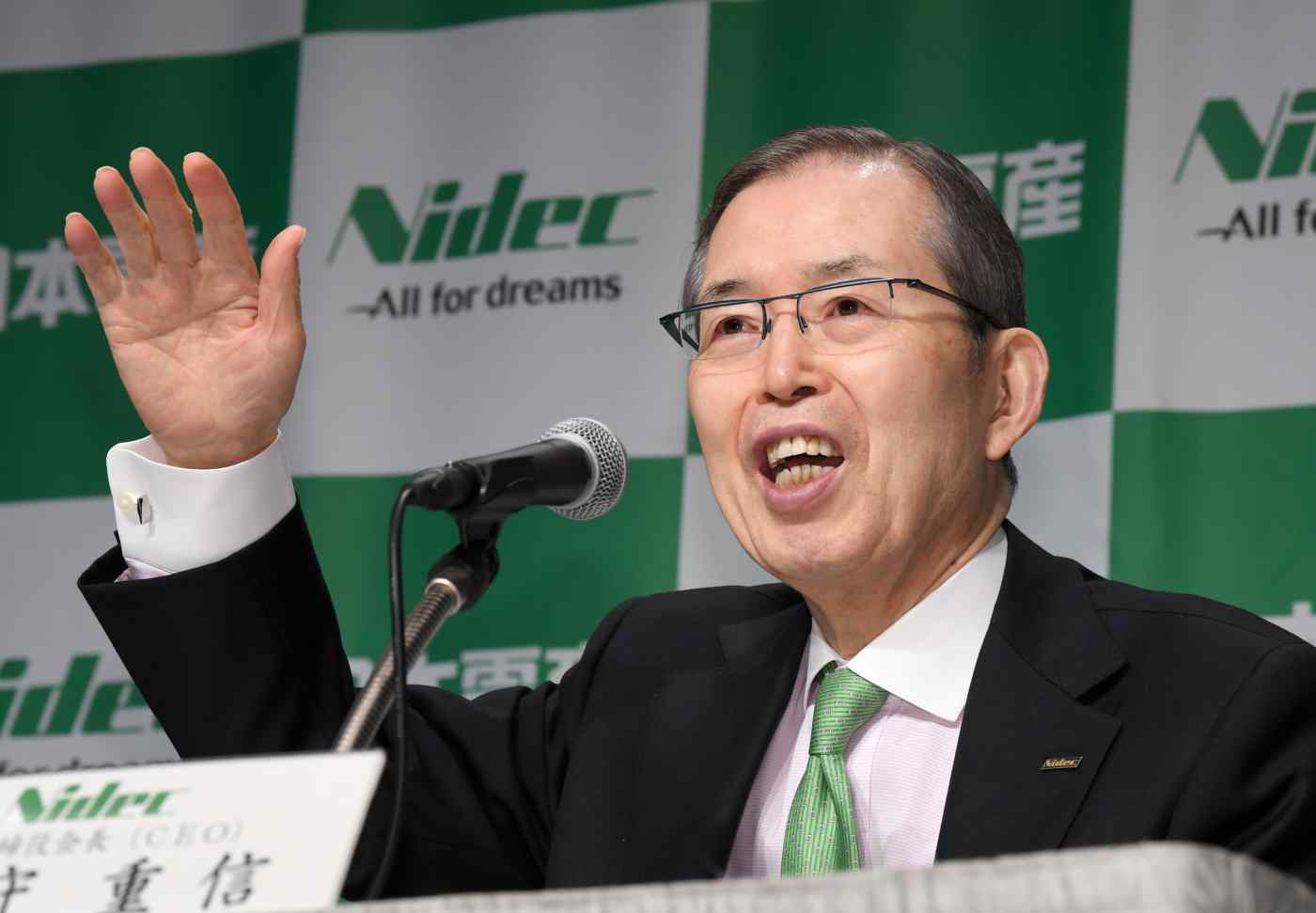 And now, domestic deals are breaking records. April 2019 saw a record in the number of deals, 309, a 23% increase over the previous year. Activity has picked up considerably, according to Recof, an M&A advisory firm, averaging more than 200 deals a month since the start of 2018, nearly double the pace in 2013.

As so often in Japan, demographics are driving change -- an aging society needs companies that can successfully invest abroad in more promising, growing markets, including countries with younger populations, as in Southeast Asia.

At home, aging -- combined with the prospect of slow economic growth -- drives companies together to consolidate -- even at the cost of breaking taboos that date back to the era of post-World War Two high-speed growth -- such as the aversion to M&A. 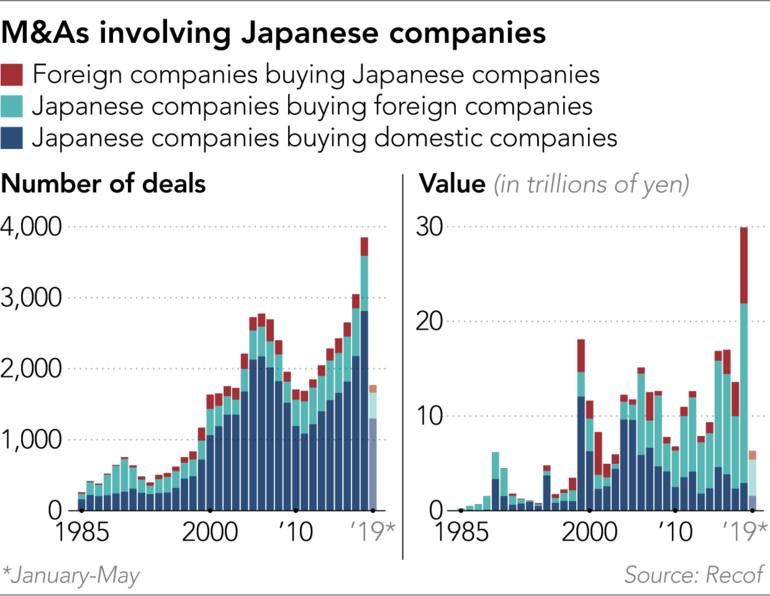 These are welcome shifts because -- as companies in the rest of the developed world have long appreciated -- merging subscale businesses of the same nature can achieve critical mass at the lower break-even point needed to make profits in slower-growth markets.

The antipathy toward M&A remains powerful -- as late as the decade of the 2000s, a series of high-profile bids by financier Yoshiaki Murakami ended in recriminations when he was arrested and convicted of insider trading. His two-year prison sentence was later suspended on appeal. But the experience left the venerable directors that run Japan Inc. even more convinced that old-established businesses with loyal employees should not be for sale. Especially with the global financial crisis raging, and companies around the world battening down the hatches, Japanese executives focused on defending themselves from untoward assaults.

Since then, economic imperatives have reasserted themselves, driving Japanese companies into a new wave of overseas acquisitions, including some that are very large like Takeda/Shire. 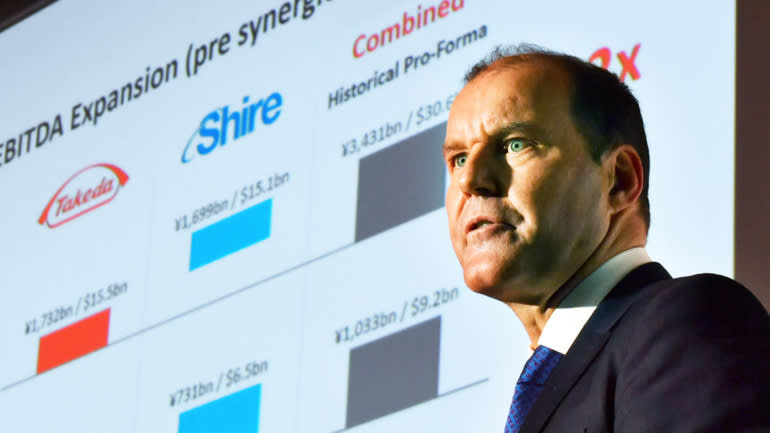 But most Japanese M&A activity involves domestic companies operating at home -- with, for example 2,814 purely domestic deals last year versus 777 foreign acquisitions, or in-out deals, by Japanese companies. There were also 259 inward investment deals by foreign companies, notably Toshiba Memory's acquisition by a consortium led by Bain Capital of the U.S. The active domestic deal flow is stimulating foreign investors' appetites. In April, KKR, a global private equity fund with nearly $200 billion in assets under management, declared Japan "the highest priority in the world" outside the U.S.

The value of overseas acquisitions is much higher and has been so for nearly a decade. With domestic takeovers, the sellers can well be small family-owned operations, with annual revenue of around 100 million yen. But that does not mean they are insignificant in terms of domestic restructuring. And the deals include some much larger transactions.

For example, in 2016, Mitsubishi Heavy Industries sold its real estate business to West Japan Railway for 97 billion yen. The following year, Toyo Tire sold two of non-rubber businesses to domestic buyers, including Nitta, a conveyor belt manufacturer, for more than 10 billion yen. This April, Omron, which makes medical equipment and other high-tech gear, announced it was selling its automotive electronics business to Nidec, for 100 billion yen.

These are not small "fire sale" transactions, but strategic moves designed to shake up the portfolios of established players.

In Omron's case, the automotive components business was nearly 40 years old, generated 131 billion yen in sales and an operating profit of 6 billion yen in the 2018 fiscal year. Omron decided the business would have a brighter future with Nidec, which is focused on auto parts. Omron has focused on industrial automation and health care.

Such deals show the growing sophistication of companies that engage in M&A and use deals to rationalize their portfolios -- to the benefit of both sellers and buyers.

So why is this change happening now? One answer is a generational shift in the decision-making levels at Japanese companies, where managers active in the high-speed growth era and the bubble that followed have given way to executives now mostly in their mid-40s to early 50s who entered the workforce when the bubble economy burst in the early 1990s.

These managers differ from their predecessors in that they never assumed the domestic economy would grow forever. Having suffered the post-bubble slowdown, they are cautious realists.

Coupled with this new mindset is a change in the external environment. Many industries are being transformed by digitization. Vertically-integrated conglomerates face challenges as the amount of investment needed to remain competitive grows.

Only a few top players in each industry can survive as stand-alone concerns. Offloading peripheral businesses is no longer seen as a negative. Rather, managers see that merging a business with that of a peer can breathe new life into it.

Also, the traditionally negative reaction to M&A had much to do with the threat it posed to the lifetime employment of a target company's staff. But with unemployment hovering around 2%, joblessness is less of a worry. Indeed, Japan's severe labor shortage means buyers are often eager to retain employees at the acquired company, particularly engineers. Moreover, the norm of lifetime employment is quickly fading as labor mobility is increasing.

Another reason why domestic M&A is becoming more acceptable is that it is seen as much less risky than overseas acquisitions, where Japanese buyers often struggle with cross-border governance issues and a multicultural workforce. Domestic acquisitions carried out on familiar ground avoid these headaches.

Fewer challenges does not mean none, of course. Corporate cultures differ, even in Japan. More importantly, portfolio reorganization poses a fundamental question for management: What does the company stand for?

In the era of rapid economic growth, it was easy for companies to diversify. Now that slow growth appears here to stay, the question is one of setting and perhaps narrowing priorities -- which may require pruning profitable businesses.

This should be good for Japan, It should produce stronger, more focused Japanese businesses. If the new wave of domestic deals now gathers force, the changes it brings will be welcome.