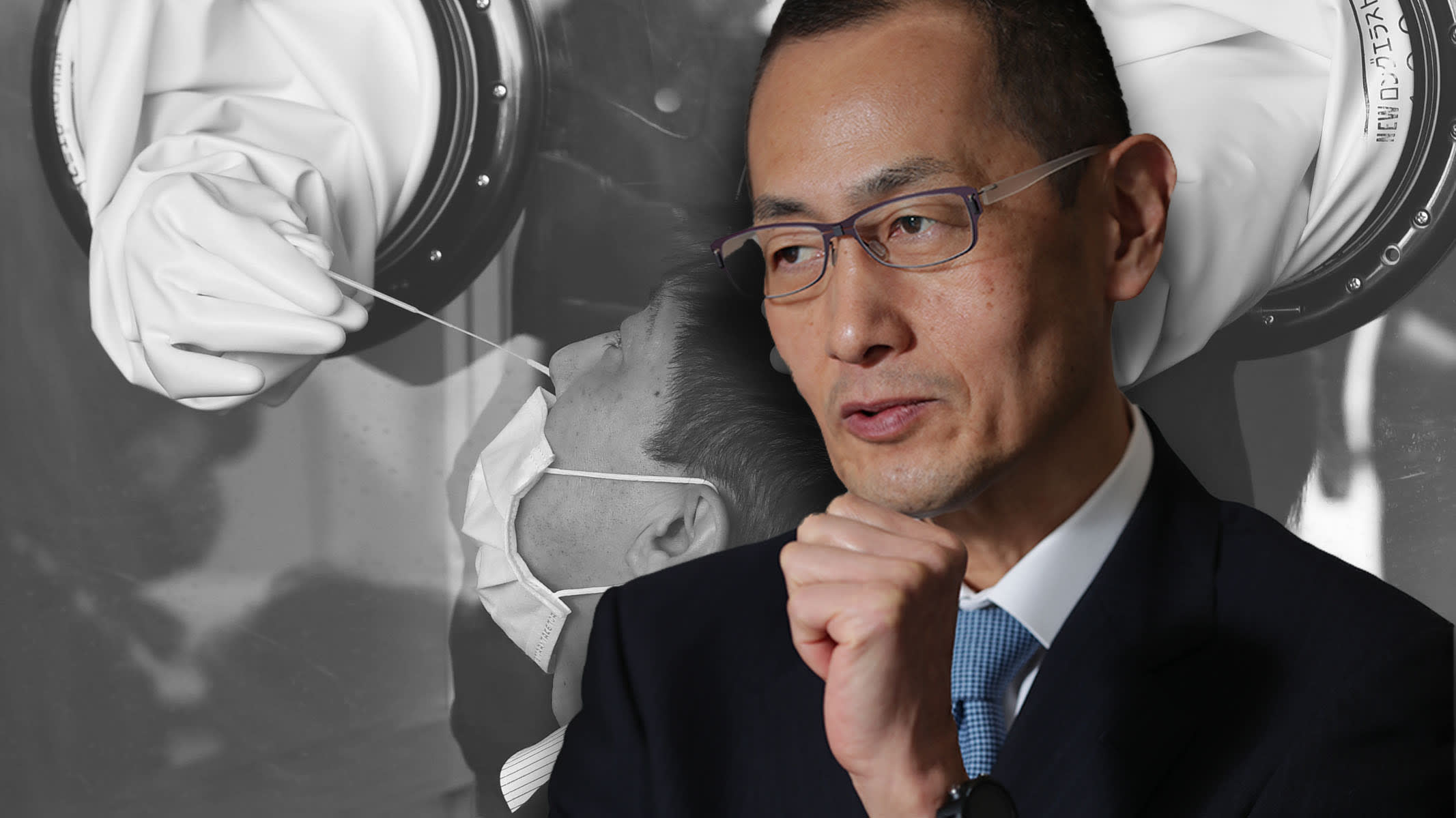 Nobel laureate Shinya Yamanaka notes that some coronavirus patients in Japan undergo 16 or 20 tests to make sure they have recovered. (Source photos by Shihoko Nakaoka and Maho Obata)
CopyCopied

Shinya Yamanaka is director of the Center for iPS Cell Research and Application at Kyoto University. He won the Nobel Prize in physiology or medicine in 2012 for his research on human cells.

Japan's coronavirus testing -- or lack thereof -- has been one of the biggest question marks throughout the pandemic.

Unlike the U.S. and some European nations, the country has avoided an explosion of serious cases despite its limited early testing. But the fact remains that Japan's number of daily tests is still less than half Prime Minister Shinzo Abe's goal of 20,000, set on April 6.

What is more, a significant portion of tests are performed to find out if patients have recovered and can be discharged -- not to detect new cases.

Without finding infected individuals, it will be hard to contain the disease. Yet, to get tested here, you must be prepared to make many phone calls before getting through. Then, you must be ready to make your case to a doctor on why you should be checked.

Now is the time to create a more convenient and robust testing system, while Japan still can.

I was recently reminded of Japan's testing barriers when I spoke with a woman who was discharged from a hospital last month, after recovering from the virus.

The woman is married with two children, and works in Tokyo. After her colleague came down with COVID-19, she developed chills on April 13. Then came a headache and a mild fever of 37.4 C the next day.

On April 16, she called a local public health center. It took her 10 calls to get connected. She explained her condition and emphasized that a colleague had tested positive. The health center promised to call back, but it took until 6 p.m. the next day. She was told that she could take a test, but only on Monday, and that no tests were available for her husband and children.

Four days had already passed since her symptoms began. She was worried that her condition might deteriorate rapidly over the weekend. She consulted with her employer, and a company doctor referred her to a major hospital. That Saturday, she was admitted through the emergency room. By then, she was coughing, struggling to breathe and had lost her sense of taste.

After an X-ray and CT scan, she was diagnosed with a mild case of pneumonia.

On Sunday, April 19, she tested positive for the coronavirus. Medicine helped to bring her fever down -- on April 22 it was 36 C -- but PCR tests still came back positive. She was tested for seven straight days through April 28. Finally, on April 29, she tested negative twice and was discharged.

All told, she received nine PCR tests to confirm her recovery. Some patients undergo 16 or 20 before getting negative results.

Japan's testing resources -- both in terms of kits as well as personnel -- are limited. Clearly, a better balance must be struck between finding new infections and certifying recoveries.

Early on, preventing hospitals from becoming overwhelmed with patients was the priority, as it is difficult to build testing infrastructure quickly. The country also excelled at analyzing infection clusters to identify the sources, though this becomes harder once the virus spreads beyond a certain point.

Now, as the outbreak slows -- thanks to the state of emergency and stay-home requests -- there is an opportunity to develop a more efficient system to "test, trace and isolate" infections.