Toshiba activist Effissimo fails to convince with board seat demands 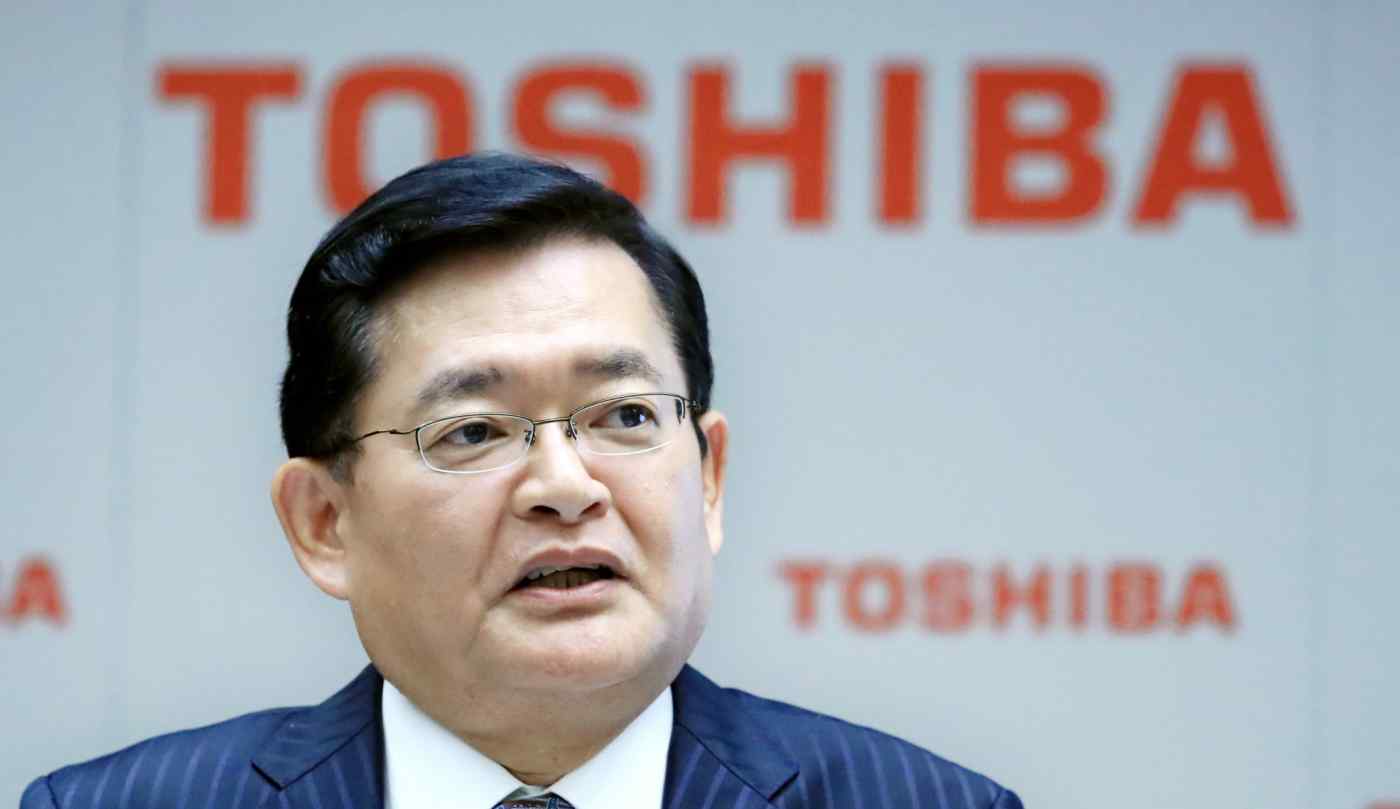 CEO Kurumatani does not have the luxury of time or lenience. (Photo by Taro Yokozawa)
CopyCopied

When Toshiba's directors face dissident shareholders at the delayed annual general meeting on Friday, the expected points of contention feels like squabbling about rearranging the deck chairs on the Titanic.

Like so many other old economy Japanese companies in long-term decline, Toshiba faces an existential crisis. Toshiba's disastrous 2006 acquisition of Westinghouse Electric, a quick fix designed to prop up declining domestic revenue, has painfully revealed that its strategy of simply trying to emulate General Electric needs to be abandoned and replaced.

Replaced with what though? That is the question Toshiba management and its five-year "Toshiba Next" strategy don't yet have a convincing answer for. Eerily similar to plans by other Japanese companies struggling to find new identities, the strategy makes vague calls to transform Toshiba into a data-driven "infrastructure services company" while paying generous lip service to "sustainable development goals."

The emergency injection in November 2017 of 600 billion yen ($5.6 billion) by a consortium of 35 global hedge funds ceded control to a shareholder base that, one would have thought, should have served as a catalyst for real reform and reinvention.

Instead, despite the installation of former banker Nobuaki Kurumatani as CEO, and the election of a majority independent board, Toshiba has done just enough to placate the hedge funds without honestly confronting the fundamental existential question -- wither Toshiba?

The 700 billion yen share buyback announced shortly before the 2018 AGM was a short-term measure that bought time and greased the way for Kurumatani's election by pumping up the stock price and giving some of the hedge funds the option of a quick and profitable exit. Atomic plant Vogtle which has Westinghouse pressurized water reactors in Georgia, pictured in August 2013: Toshiba's disastrous acquisition of Westinghouse has revealed that its strategy of emulating General Electric needs to be replaced.   © Corbis/Getty Images

As for the new 12 member board, which includes three foreigners and one woman, with 10 directors considered independent, the only concrete steps taken toward reinventing the company have been the addition and subtraction of existing conglomerate components.

On the subtraction side, Toshiba sold half of its semiconductor business to a consortium led by Bain Capital for 970 billion yen, which it recycled to pay for the share buyback, holding onto a 40% stake in anticipation of an IPO in October 2020. Those plans are now in limbo due to thanks to the COVID-19 pandemic.

On the acquisition side, Toshiba spent 200 billion yen to buy out the minority interests in three of its listed subsidiaries, setting off various bidding wars that resulted in the company paying a hefty premium for disparate businesses whose place and function in the new "infrastructure services" business remains unclear.

No wonder Kurumatani received only 63% support for reelection at the 2019 AGM, and the Toshiba share price has languished behind its peers.

Against this comes a proposal from Toshiba's largest shareholder Effissimo Capital -- the secretive Singapore-based activist fund linked to prominent activist investor Yoshiaki Murakami -- to add three of its nominees to the Toshiba board.

This marks the first time in its history that Effissimo has emerged from the shadows to take a public position against a portfolio company, but closer reading of its demand for three board seats makes one wonder why Effissimo bothered.

The proposal sidesteps altogether any discussion of Toshiba's larger vision or strategy, and focuses instead on an accounting scandal in a subsidiary that surfaced earlier in 2020.

Effissimo accuses Toshiba of "a lack of will to investigate" and "grossly misleading" disclosures, to which Toshiba's response is that existing internal controls are adequate. While a close reading of Toshiba's report on the scandal corroborates Effissimo's charge that a full explanation is missing, it seems a small stage to choose for a public debut by one of the biggest names in the activist universe.

If Effissimo thought an unexpectedly modest and unthreatening proposal was more likely to prevail, it miscalculated. Last week proxy advisory companies ISS and Glass-Lewis both recommended in favor of reelecting Toshiba's incumbent slate of 12 directors and against Effissimo's three nominees, even though there are enough seats on the board to accommodate Effissimo's candidates. The reasoning seems to be that the addition of three more voices to an already crowded and diverse board would only make matters worse.

Lesser-known fund 3D Investment Partners has put forward two director candidates of its own on a broader platform, criticizing Kurumatani for misusing capital cosmetically to prop up top-line revenues while ignoring the cost of capital and return on investment. That analysis is on target but fails to address the elephant in the room: what products can Toshiba market competitively that people actually want to buy?

With a shareholder base controlled by impatient, results-focused foreign shareholders, CEO Kurumatani does not have the luxury of time or lenience.

By the same token, a register full of demanding shareholders and independent boards are no guarantee that the leadership and vision needed to reinvent a company will magically come into being.