Trade rift with Japan is opportunity for South Korea's chaebols

They will become more self-sufficient and closer to the government

The most obvious companies to suffer will be South Korean conglomerates like Samsung, which have long benefited from globally integrated supply chains.   © Reuters

In early August, as part of their widening rift, Japan took South Korea off its Group A, so-called a whitelist, of 27 countries, subjecting Korean products to trade restrictions. Korea soon retaliated.

The most obvious companies to suffer will be South Korean conglomerates like Samsung and Hyundai, known as chaebols, which have long benefited from globally integrated supply chains.

But while there will be short-term pain from the trade war at macro and corporate level, over the long-term chaebols may be well placed to weather the storm -- even if it becomes a permanent feature of global trade.

From the 1970s, many Korean industries started by finding a niche market at the bottom of the value chain and replacing Japanese imports with local products.

The dramatic strengthening of the Japanese yen against the Korean won from the 1980s acted as an accelerator that boosted Korean brands trying to establish their place in global trade.

During that period, Korea Inc. was often accused of copying Japanese products and transferring technology by breaching intellectual property laws. However, the issue rarely received global attention as Korea's portion of global trade was not threatening for existing nations.

Given that both were political allies of the U.S., too, the conflict was managed without major controversy. Now that trilateral alliance no longer holds, at least when it comes to trade.

The chaebols have not escaped attention at home. Since President Moon Jae-in was elected two years ago, the chaebols have been under government scrutiny because of their dominant power over the economy. The Moon administration mandated the powerful Fair Trade Commission to penalize chaebols' practices on pricing, hiring and intragroup transactions.

The scrutiny is one of the reasons cited for declining business sentiment and corporate investment. The 2019 GDP forecast that began the year at 2.8% growth is now trending down to as low as 1.8%, according to some economists.

But now that Japan is adopting the U.S. trade-war playbook with China -- blacklisting, cutting supply chains, accusations of intellectual property theft -- against South Korea, this pressure may be galvanizing the relationship between the Seoul government and the chaebols once again.

Moon recently went on the offensive saying his nation needed to pursue independence from Japanese imports. The statement was reminiscent of May's message from China's President Xi Jinping that the country had to prepare for a new "long march" in response to the U.S.-China trade war.

Japan and South Korea's trade war has heightened the sense of urgency for Korea and its chaebols to achieve maximum self-sufficiency. Over the past few decades, companies have fallen into complacency that -- with globalization and free trade -- the era of multinational trade agreements was permanent and irreversible.

Recent events have shaken that thinking as trade and politics have been blended, resulting in an uncertain landscape. Regardless of negotiations, global trade is shifting from one multilateral platform to layers of bilateral agreements reorganized by political alignment.

Major Korean companies like Samsung and Hyundai have an existing policy of not being dependent on one supplier for any components or parts, regardless of their nationality. Now they need to intensify this and aim for greater self-sufficiency.

In the past, chaebols' practice of inciting competition among its suppliers was often criticized by the government and the general public. Pitting its suppliers against each other undermined the bargaining power of small businesses and was interpreted as ruthless business practices.

Major Korean companies like Hyundai have a policy of not being dependent on one supplier for any components or parts.   © Reuters

However, the recent trade spat is highlighting one of the strengths of the chaebol strategy, where it is not reliant on a small group of suppliers for the sake of social harmony.

A further "weakness" of chaebols might now come to seem like a strength. For many decades, they were criticized for diverse, sprawling group structures and vertical integration rather than focusing resources on segments in which they had core competitiveness.

But recent events show the benefit of having as much in-house as possible. The trade war may even lead to a flurry of acquisitions by larger corporations to seek greater control of their supply chain.

The pursuit of self-sufficiency will certainly have negative consequences in the short-term, where the risk lies with the drop in quality or adequate capacity from the switching of suppliers. In a highly competitive tech hardware industry, even small quality issues or disruption in supply shortage could have a lasting reaction from discerning consumers.

Another negative will be the disappointed hopes of investors who wanted chaebols to unleash their cash hoarding via dividends. For over a decade, the companies of Korea Inc. have hoarded cash on their balance sheets and left minority investors unhappy at shareholder return and poor corporate governance.

With slowing global growth and the uncertain future of the global supply chain, it is unlikely Korea Inc. will adopt a dividend culture in the coming years. The uncertainty of trade war will encourage cash hoarding, another adverse side effects of the populist era.

For the past two years, Moon pursued policies prioritizing social equality over economic growth. The slowing domestic economy and rising trade friction with Japan may help pivot to pro-growth policies.

With Moon calling for self-sufficiency and re-emphasizing South Korea's national champions, the interests of the government and chaebols are set to get closer together in coming months. 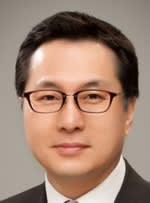 Peter S. Kim is a managing director and investment strategist at Mirae Asset Daewoo. The views expressed here are his own.