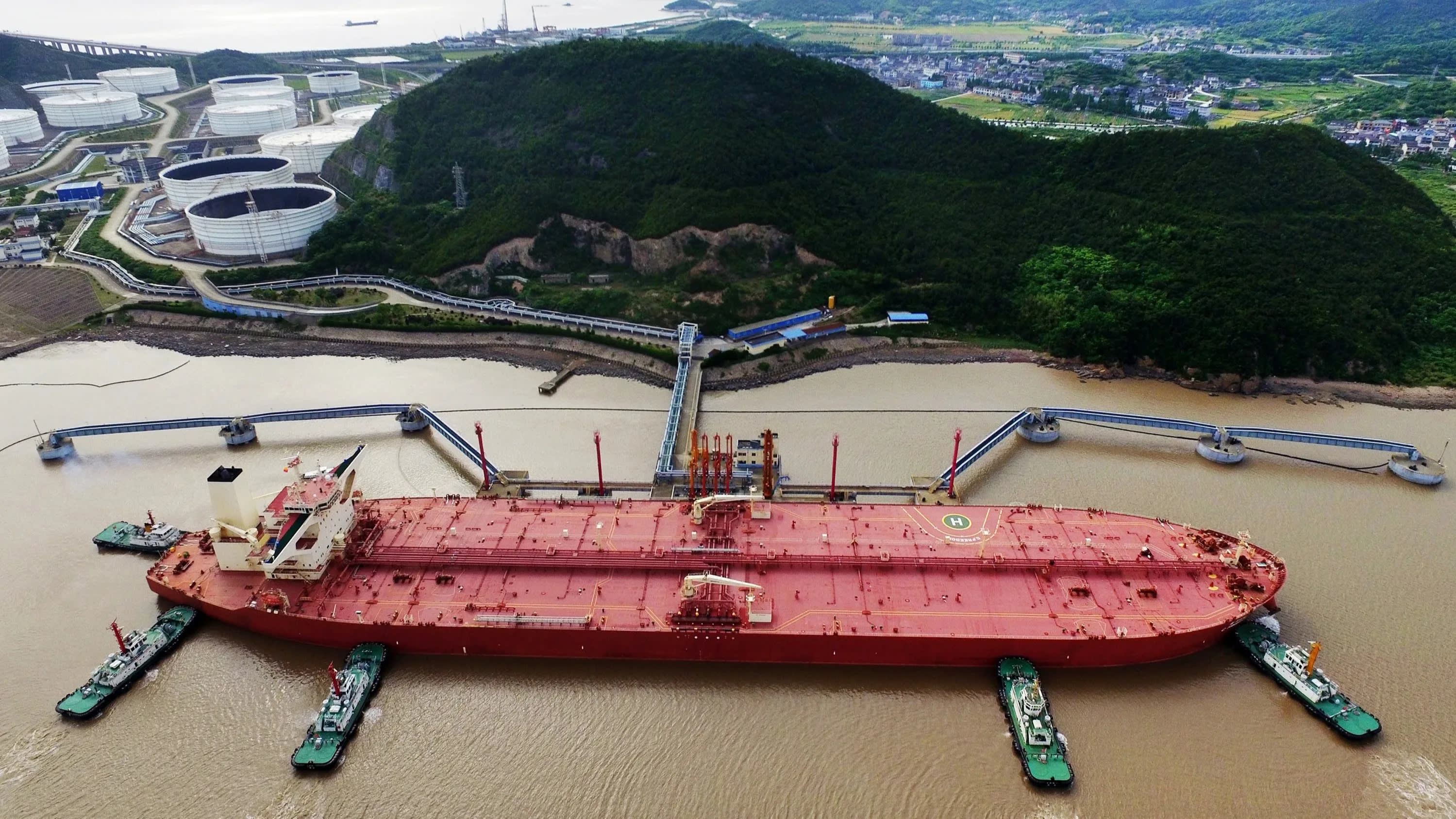 Although crude oil prices were down by a tenth in 2019 than the year before, largely thanks to the U.S.-China trade war, Asian economies, with their fast growth in consumption and price-sensitive consumers, cannot afford to be complacent in 2020.

Major forecasters including Wall Street banks and the U.S. Energy Information Administration are divided on the outlook for prices next year, with the former calling for a slight climb and the latter seeing a dip from 2019. Here are some of the key factors likely to impact oil prices next year.

This year's decline was largely a result of economic deceleration caused by the festering trade war. Both the U.S. and China were straining under their 18-month-old conflict and striving to resolve it, even if in a piecemeal manner. If they begin to unwind the punitive import tariffs slapped on each other under the interim trade deal unveiled on December 13, global economic growth may regain momentum, pushing up oil prices.

Currency exchange rates pose another risk. A sharp depreciation in the currencies of several emerging Asian economies against the dollar eroded some of the advantage from this year's softer oil prices.

The Chinese yuan, Indian rupee, South Korean won, Malaysian ringgit and Indonesian rupiah are much weaker against the greenback compared with 2018, while the dollar has remained strong this year despite three interest rate cuts by the Federal Reserve. If the central bank stands pat on rates through 2020 as signaled and the U.S. economy maintains current rates of expansion, the dollar could hold on to its strength. 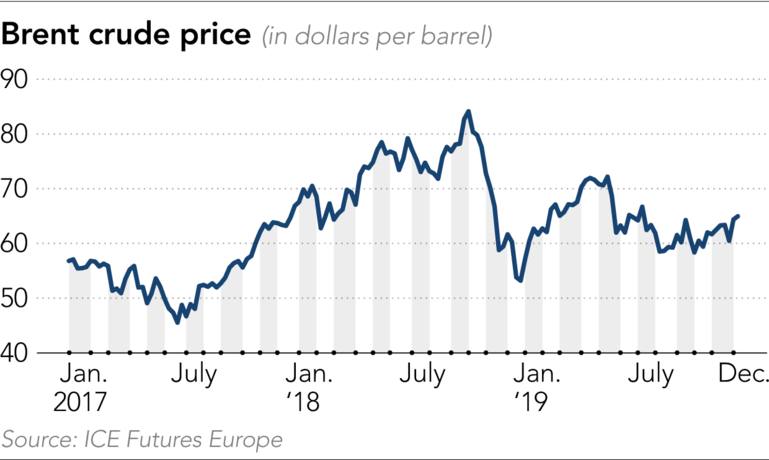 There are other forces working to prop up crude prices. OPEC and its 10 non-OPEC allies, major producing countries that have forged a pact to restrain crude supply since the start of 2017, have pledged to further cut production through the first quarter of 2020.

Combined with their ongoing curtailment, the alliance has agreed to pump nearly 2 million barrels a day fewer over January-March 2020 compared with levels at the end of 2018. The curbs are expected to be extended through next year. 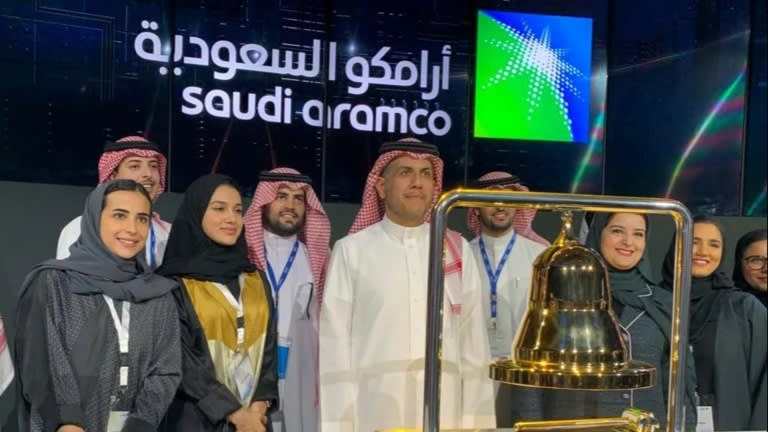 With Saudi Aramco's shares under close investor scrutiny internationally, the kingdom may be incentivized to push oil prices higher by tightening supply.   © Reuters

The oil-rich Middle East is expected to remain a geopolitical flashpoint, jeopardizing Asia's security of energy supply. The region's biggest oil consumers -- China, India, Japan and South Korea -- depend on the Middle East for almost half their collective crude needs.

A brazen drone and missile attack on Saudi Arabia's Abqaiq and Khurais oil facilities in September knocked out nearly 6% of the world's oil supply in one swoop. Though the knee-jerk spike in crude prices quickly subsided as the kingdom used its stockpiles to maintain normal exports and rushed to repair the damaged facilities, Aramco has warned that its vital oil infrastructure is vulnerable to such disruptions.

Similarly, attacks on oil tankers around the Persian Gulf in May and June were a cause for grave concern and have since pushed up insurance rates for ships plying that region, adding to refiners' costs.

The tanker and Saudi oil attacks were blamed on Iran, which has denied responsibility but remains openly hostile toward the U.S. as well as Saudi Arabia.

The unpredictability of crude prices and the cost of ensuring supply security against rising geopolitical risks are likely to challenge Asian buyers in 2020 and beyond. Asian importers will need to continue diversifying their crude sources as well as accelerating the building of their strategic oil reserves to help tide over any major, sustained supply outages. In non-OECD Asia, only China has built up strategic inventories; India is a conspicuous laggard.

Some of the Asian powers established a naval presence in the Persian Gulf to protect their oil shipments after the tanker attacks -- it may be time to formulate a regionally coordinated long-term strategy.

Environmental concerns over emissions caused by fossil fuels are currently directed at major oil- and gas-producing companies, but consumers need to play their part too. As the world's second- and third-largest oil consuming countries with the fastest growth in appetite, that responsibility falls especially heavily on China and India.

But these loftier goals can come into view only once the immediate concerns of managing oil supply costs and security have been taken care of.